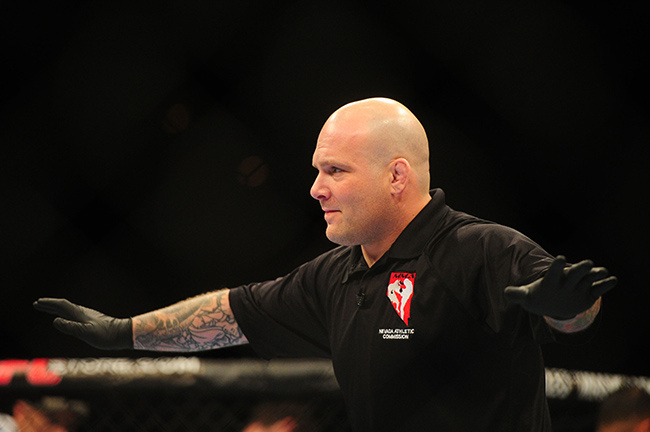 Josh Rosenthal, one of the most recognizable referees in mixed martial arts, was sentenced yesterday to 37 months in federal prison without the possibility of parole after pleading guilty to felony charges of conspiracy to manufacture and distribute marijuana. In April 2012, authorities raided a warehouse co-owned by Rosenthal in Oakland, California, and found around 1,000 marijuana plants valued at roughly $6 million.

Thirty-seven months. Three years and a month. 1125 days. For weed.

As a small tribute to Rosenthal, who was kind enough to shoot a video with us back before Fightland had even launched, we'd like to offer some perspective: