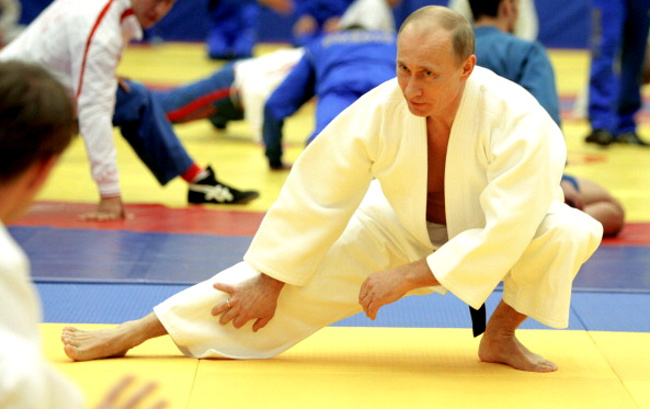 Bureaucratic Judo has done it again. The French Judo Federation has now banned its members from teaching mixed martial arts and has threatened to excommunicate anyone from the protective shadow of its magisterium should they rebel, said the federation’s president: “MMA is illegal in France. All those (note: in judo clubs) who teach (MMA) do not have the right and are liable to be written off. They put the Federation in trouble and if there is a serious injury, I'm the one held responsible.”

This just after, less than one year ago, the International Judo Federation warned its ranked competitors that they were not allowed participation, in any other combat sport, without the express permission of the IJF. This is likely in response to highly ranked competitors like Travis Stevens, a US Olympic team member, competing in Brazilian jiu-jitsu tournaments, like Copa Podia. Outsiders to judo might wonder what exactly lies behind these moves. Some speculate that the IJF wants to promote its own ne-waza, ground grappling, competitions under the banner of Mixed Jiu-jitsu Arts or that it fears losing face, should its high level competitors lose to relatively unknown Brazilian jiu-jitsu people.

Others have pointed out that the IJF has banned many moves, once part of the judo lexicon, in the name of making judo more spectator friendly, while still others suspect that this has been done to keep jiu-jitsu players and wrestlers from infiltrating the sport, NWO style. However, financial factors might also be at play. I once had the opportunity to interview AnnMaria DeMars, the first American to win a judo world championship, mother of UFC Champion Ronda Rousey, on what she would change about judo and this is what she said:

“I said this years ago when the president of the United States Judo Federation asked me and I’ll say it again. The biggest thing judo needs is for the people in the sport to grow a set of balls and get some integrity. What I mean is that we have seen repeatedly athletes mistreated, under-funded, rule changes with which the vast majority of competitors and coaches disagree, funds misused, executives in organizations paid six-figures with no return to the sport—I could go on and on. […] I’ve seen people turn a blind eye to young female athletes being molested because it would hurt their chances of refereeing in international tournaments if they spoke up.” 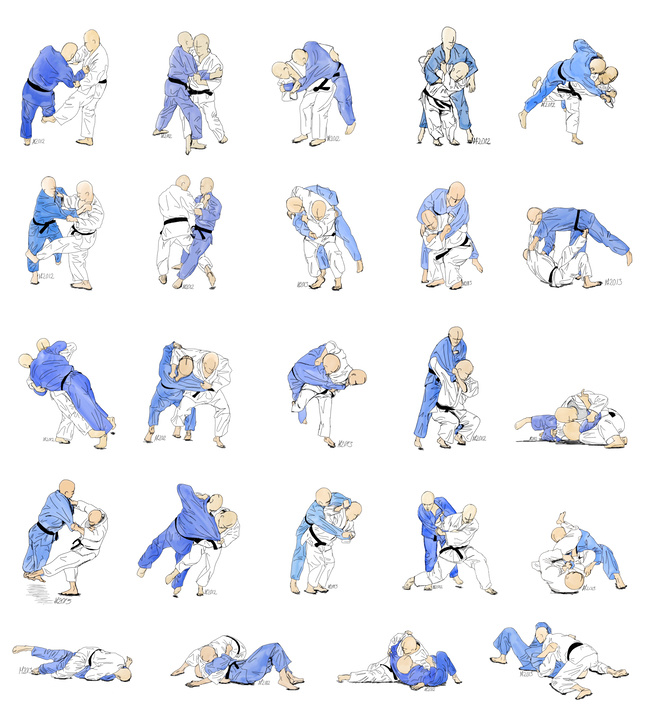 So what are these new prohibitions really about? Why is judo so afraid of MMA? What happens when the highest level judoka finds a way to live off their training, besides coaching judo for judo’s sake? What would happen if a more elite judoka found their way into MMA, as opposed to the Olympics, where Ronda Rousey has repeatedly said, all she got was a few grand and a handshake? It seems that IJF fears a talent drain into MMA, which would in turn possibly hurt their pockets as more judoka could conceivably compete in jiu-jitsu tournaments as well. However, more judo participation in MMA can only help judo’s prestige as a fighting art.

MMA is why everyone knows about Brazilian jiu-jitsu, everyone except Chuck Norris; he liked the Gracies before UFC 1. Yet he never gloats about it. Wrestling, jiu-jitsu and judo have the potential of becoming the Holy Trinity of MMA grappling arts. Currently, it seems that wrestling and jiu-jitsu stand as the binary pair, with sambo playing a smaller role. It was Karo Parisyan then Hidehiko Yoshida, in the UFC then Pride, who showed us that judo does work in MMA. But of course, the best representative the sport has ever had is Ronda Rousey, whose status as an Olympic Bronze medalist in judo is constantly mentioned beside her MMA accomplishments. Other judoka fighting and winning in MMA would only help judo and gain it popularity, as more martial artists cross train in judo, the way they do in jiu-jitsu or boxing. However, it may just be that the IJF doesn’t care about judo as much as it cares about itself. If judo is practiced, taught and competed in, outside the auspices of the IJF, IJF’s influence would wane and the bureaucratic incomes would wane with it. Yet this might be what’s needed for judo to flourish in the 21st century.