Jumabieke Tuerxun: From The Rural Edges of China to the UFC 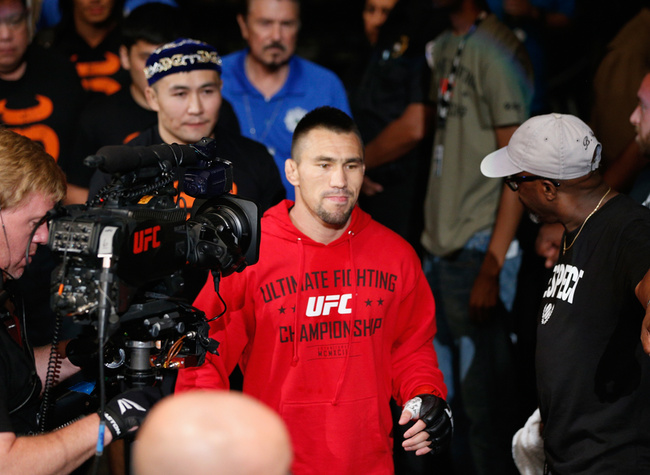 Jumabieke Tuerxun hails from a corner of China that most Westerners have not even heard of. He was born and bred in Xinjiang, a Kazakh autonomous prefecture in the North West of the country called which has more in common with Astana than Beijing.

The 28 year old UFC bantamweight may be representing China on the international stage but he says that even in the country’s capital he feels like something of an outsider.

“I am a Chinese citizen but we are of the Kazakh minority and when we go to the big cities we can feel we are different because people in Beijing, Shanghai, Guangdong, Macau, Hong Kong are mostly Han Chinese. They talk much faster and don’t have so much wrestling or combat sports.”

For Tuerxun it was an outdoors upbringing, and although he has lived and trained in X’ian for several years he still misses the simple things from his village,

“The city nearest to my village is Ili which is near the border of China and Kazakhstan. It is a very rural area, we have a farm and have many horses and when I go home I ride my horses. We like to wrestle, shoot arrows and ride. I like the country where air is clean, sky is blue, but the people who live in the city have a different life.”

With a population of nearly nine million people X’ian is a long way from the countryside but Tuerxun ended up there after establishing himself as one of the better wrestlers from his region. 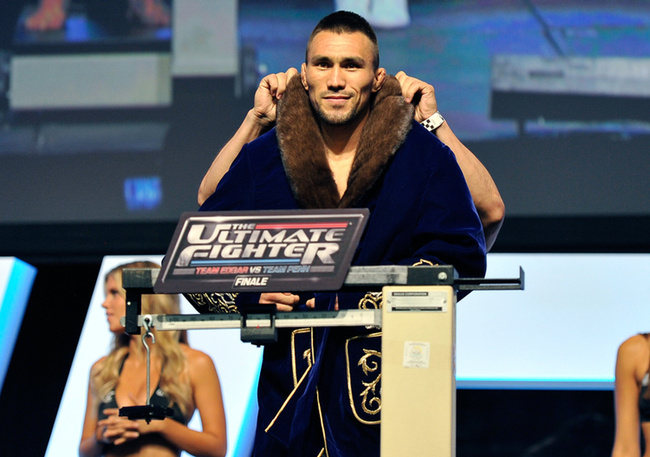 “The young people like to wrestle each other and in summertime in our markets we have wrestling competition, we even have wrestling on horses. I first started wrestling because it is popular and there are many competitions and also, as I am short and do not have long arms, my body is built for wrestling. I practiced wrestling in high school back in Yili and was recruited to the Shaanxi provincial wresting team which trains out of the X’ian Sports Institute.”

It was at the X’ian Sports Institute that Tuerxun first became interested in competing in MMA after watching an event which was promoted by one of his trainers.

“Zhao Xue Jun, the head of the Sanda team, was holding MMA events in 2006 called Ultimate Wrestle and it was very popular among the students there to watch. I used to watch UFC and Pride and go to the Ultimate Wrestle events and I wanted to fight,” he recalls.

The X’ian Sports Institute is home to some of the top Sanda fighters but Tuerxun felt that having a background in wrestling he could take a slightly different approach to MMA and was determined to test his skills in a sport which in China at the time was dominated by stand up specialists.

“I got permission from my wrestling coach to train some stand up and try a fight in Ultimate Wrestle. My Sanda skills were not good but I knew how to take down my opponent and I won by ground and pound.”

Tuerxun was hooked and decided to address his weaknesses in order to become a genuinely well rounded mixed martial artist.

“After winning my first fight in 2008 I asked the coach to transfer me to the Sanda team so I can continue to build my striking skills and fight more in MMA. I have had 31 professional fights so far although my Western record says it is only 16.”

When Tuerxun made his UFC debut in Macau earlier this year he was listed as 14-0 but he says nothing had prepared him for the experience of competing inside the Octagon.

“It is very different because before I would go into fights with not much thinking and would fight every month, sometimes even two fights in a month. Now I have to plan my fights better because the level of the opponents is much higher but I love fighting in the UFC because they treat us very well,” he said.

Tuerxun learned this lesson the hard way when he agreed to move up to featherweight to take a matchup at short notice on the UFC Fight Night: ‘Kim vs. Hathaway’ card only to drop a unanimous decision to fellow debutant Mark Eddiva.

Although Tuerxun has lost both his UFC fights to date he did walk away with a 50,000 USD ‘Fight of the Night’ bonus after being submitted by Leandro Issa in the third round of their bout at the TUF 19 Finale and says that he wasted no time in sending a chunk of the money home to his family in Xinjiang.

“It was a tough night for me because I lost the fight even though I was winning rounds one and two. My corner was telling me to not engage and wait for bell however I wanted to end the fight and KO my opponent. I was very happy to hear that I had received the bonus and I went home after the event to Ili and gave half of the money to my parents, the rest of the money I am keeping so I can have money to go for training.”

Tuerxun has already travelled extensively in the region in search of different types of coaches or training partners in what he says is an ongoing quest to develop a UFC caliber skillset.

“Since going to the UFC I have expanded my training regiment with different teams.  I can only name a few but I have trained in Phuket Top Team in Thailand with Andrew Leone and Rob Lista, at ALEM in Kazakhstan with Ardak Nazarov, and, of course, at the X’ian Sports Institute with Wang Guan and Aotegan Bateer.”

Next up for Tuerxun is a fight with Marcus Brimage which is set for UFC Fight Night: ‘Rockhold vs Bisping’ in Sydney on November 8th. He says he knows roughly what to expect from the TUF 14 veteran but that his preparations have been hampered slightly by the ongoing internet censorship in China.

“Marcus is a very strong fighter, very aggressive with good striking and good takedowns. I cannot get youtube in China and I have only seen one video of him in Youku but my manager told me he is a good striker and will brawl and want to take me down so I am training for that.”

After suffering back to back losses Tuerxun knows he must win this next fight and says he is desperate to be able to compete for the UFC on a long term basis.

“I feel pressure now because it took me a long time to get here. My dream has come true but I didn’t just dream of getting to the UFC, I dreamed of staying in the UFC and I need to win my next fight to keep that dream alive.”

Social Media and the UFC: A Snapshot of China's MMA Market