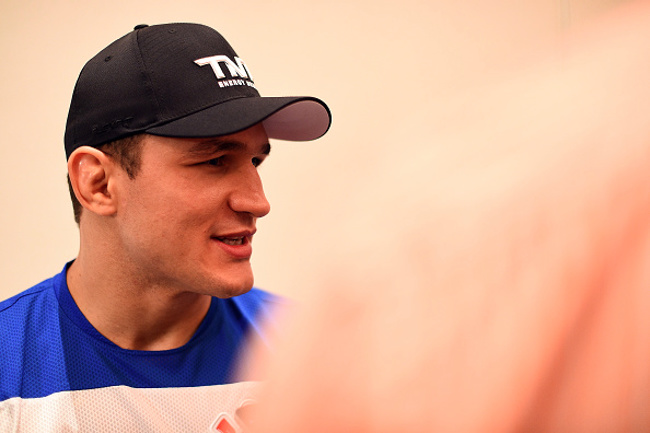 UFC 188 in Mexico City proved to be the spectacle every doting, committed mixed martial arts fan wanted to see. The return of Cain Velasquez, the unification of the heavyweight title, the impact of having a successful card in one of Latin America’s largest markets—it was all there.

Fabricio Werdum’s triumph over Cain Velasquez signals what could be the beginning of Brazil’s reclaiming of glorious days past, when being Brazilian in the Octagon was synonymous with being spectacular in the Octagon. Werdum made his naysayers swallow their words by the gallon, delivering a performance that puts him on a path that, like his compatriot and teammate and fellow UFC champion Rafael dos Anjos said, could turn him into a legend of the sport.

Before going on a nearly two-year long hiatus, Cain Velasquez demolished Junior dos Santos on two separate occasions. It was the stuff of heavyweight nightmares. Never before had a stalwart of the division been so dismantled. It was painful to watch. Now the Santa Catarina native has reasons to celebrate. While glad to have the belt back in Brazil, Junior dos Santos has beaten Fabricio Werdum in the past, and handsomely at that. In 2008, Werdum and Cigano faced each other and Cigano went home with the knockout win. Werdum’s win could put him on a fast track to re-challenge for the heavyweight title.

He believes Werdum’s triumph puts him at the top of the contender list. In an interview with Planeta SporTV, he explained that he believes “this results benefits me a bit. I can’t say I was rooting for either Werdum or Velasquez, I didn’t care who won.  What they were saying, though, was that it wasn’t the time for a fourth fight versus Velasquez. I was fighting politics…I think Werdum’s win cleans things up some, gives renewal to the division, and I could have that chance that I so badly want soon.”

Dana White already said Cigano could be the next to challenge Werdum, but that decision is up in the air still with Andrei Arlovski back in the mix after his terrific victory over Travis Browne. Like dos Santos, Arlovski has also defeated Werdum, in 2007.

Since then, however, Vai Cavalo has undergone an astounding reinvention under the guidance of Master Rafael Cordeiro. Currently, JDS stands in the ranking’s second position—behind Velasquez—while Arlovski occupies the fourth.

Junior Dos Santos and the Price of Heavyweight Victory