Keep Your Eyes Open for McMann versus Murphy 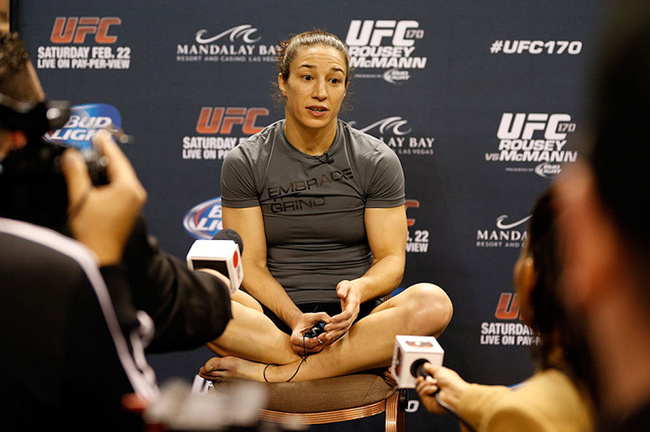 At Fight Night Bangor, Sara McMann will find herself set against yet another women’s champion in Lauren Murphy.

Over and over again we see that the outcome of a fight is beyond a fighters’ control. It seems somewhat counterintuitive when so much time and energy is invested in training. But cardio, strength and technique are only three of a host of external variables.

Fighters are advised to not leave their fate to judges' decisions, as these fruequently appear to be of questionable mental faculties. But there are also the unexpected stoppages.

Such was the case when Lauren Murphy emerged as the Invicta Bantamweight champion just seven months after her debut in the promotion. Her title fight was a heated back and forth exchange with Muay Thai expert Miriam Nakamoto, which saw Murphy control her opponent on the ground after taking a beating on her feet in the first round. 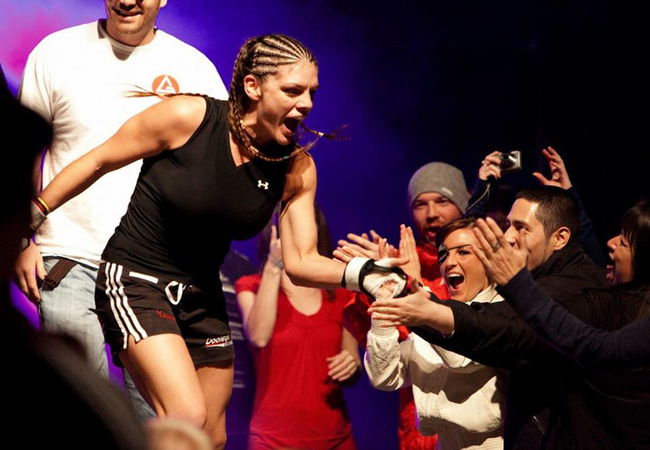 But when Nakamoto rose to her feet from a takedown in the third, her leg buckled under her and she collapsed. It was a scene we have seen play out several times in the UFC recently—Carlos Condit’s last bout with Tyrone Woodley and Anderson Silva’s infamous checked kick against Chris Weidman.

In her victory speech, Murphy acknowledged that it was not the way she envisioned herself winning the title. Her emotions seemed to be a mix of elation and disbelief. If Nakamoto felt she deserved a rematch, said Murphy, it was there.

Sara McMann is herself no stranger to sudden and unforeseen endings. Just over a minute into her first round with Ronda Rousey, she was hit with a knee to the liver and referee Herb Dean immediately jumped in to stop the fight.

Like Murphy she showed maturity and poise in the face of somewhat disorienting circumstances. When presented with the obvious question of whether or not she felt the stoppage was premature, she responded that while she would of course like a rematch, the fault lay with her alone. “I should have gotten back to my feet quicker.” 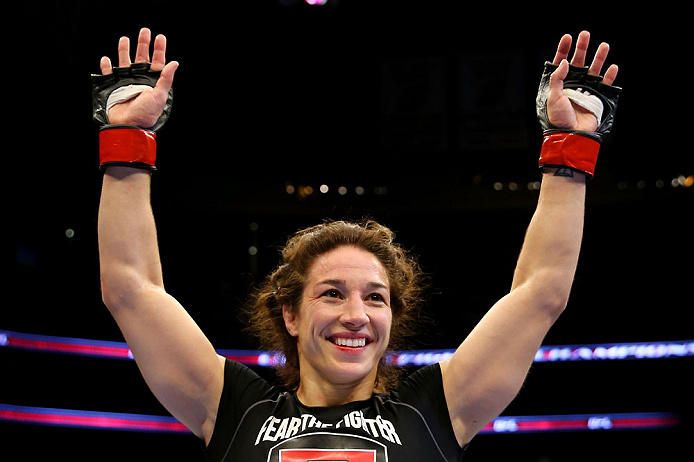 Both women have also faced significant personal hurdles in their development as fighters. Murphy’s battle with addiction and the law was documented extensively in a Fightland epic just weeks before her Invicta debut. McMann may have suffered a crushing career setback at the hands of Ronda Rousey, but she also has a lifetime of experience dealing with loss.

Both have also shown audiences that they are capable of finishing. When Sara McMann first appeared in the Octagon, it was a first round crucifix against Sheila Gaff that set her up for a shot at the title. Likewise, it was a string of technical-knockout victories in smaller organizations that put Lauren Murphy on the map.

But their most memorable fights are perhaps those when they exhibit a similar style and capacity to grind out victory against tough opposition. Murphy’s sheer durability is on display in all of her fights for Invicta. For McMann, it is best illustrated in her three round war with Shayna Bazsler.

In Lauren Murphy, McMann has found another women’s MMA champion against whom she can potentially demonstrate that she deserves her rematch with Ronda Rousey. It will pit the incredible willpower of an Olympic silver medallist against someone who has brought her life back from the brink of collapse. It promises to be an epic three rounds—just don’t blink.

The Woods Woman and the Mixed Martial Artist