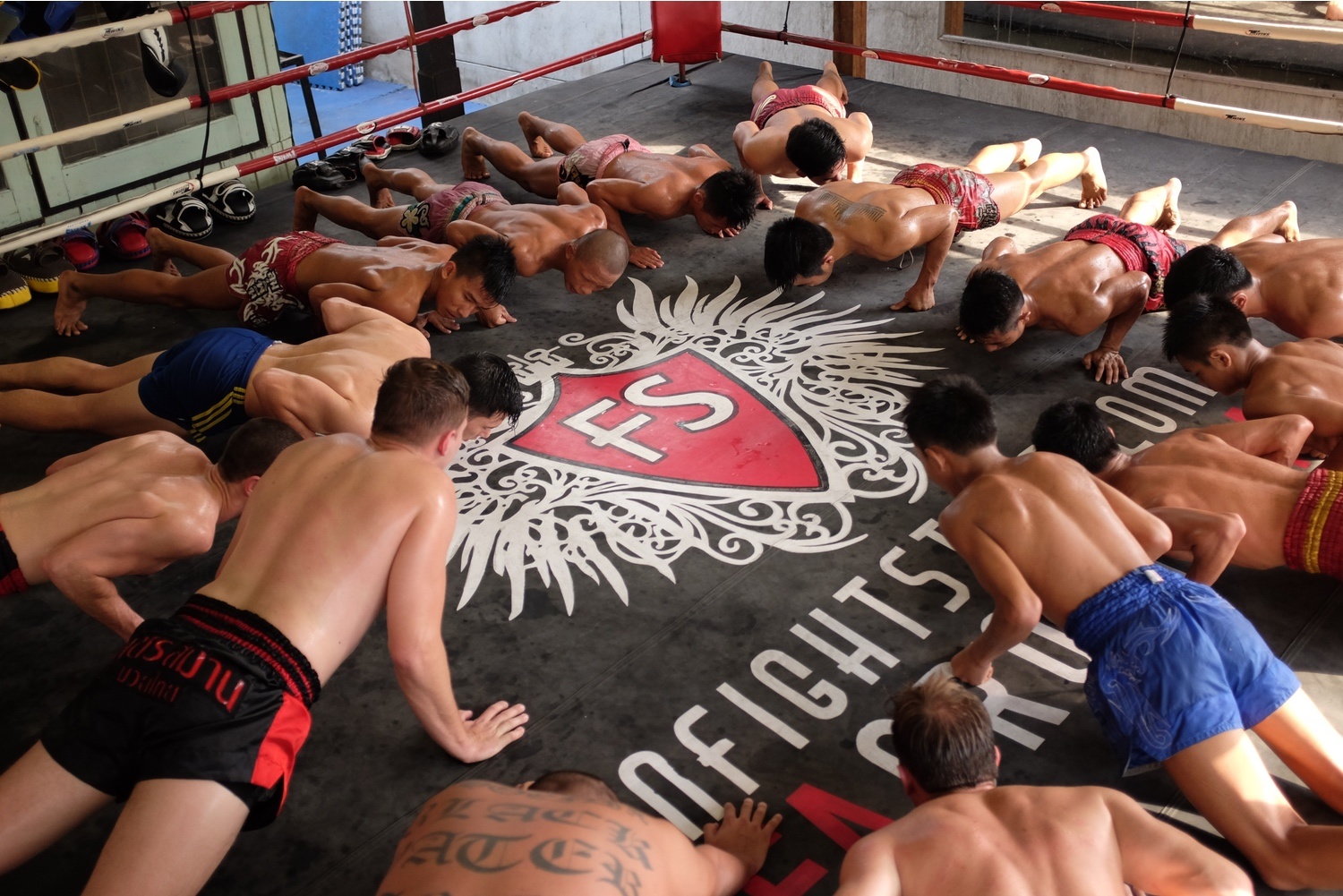 Petchboonchu is arguably the most decorated fighter in the history of the Muay Thai. In his more than a decade of competing, he has won 14 titles in Thailand ranging from 105lbs to 140lbs, including titles at both Lumpini and Rajadamnern, in addition to the Thailand title and the WBC World Champion belt. His career began in Isaan, near the Laos border in the province of Udon Thani. It was his uncle's unfulfilled dream of becoming a successful fighter that initiated Petchboonchu's career. He started a makeshift gym in his home and without a son to train, he took Petchboonchu under his wing and taught him everything he could about Muay Thai. When he was 7 he had his first fight. His opponent was more experienced and the favourite to win, Petchboonchu's uncle had one condition: don't cry. The 14 title champion was completely out classed in his first Muay Thai fight, losing every round, but as promised he didn't cry and a year later he won the 31kg Isaan title.

Petchboonchu stayed with his uncle for a few more years and continued to train and fight. However, when it became apparent he couldn't offer him what other gyms could, Petchboonchu was sent to a proper gym in Nong Khai, Bor. Bla Boonchu. Mr. Liam, the owner of Bor. Bla Boonchu, was both tired and financially strained traveling back and forth from Bangkok, taking his fighters to fight in the capital, so he decided to start a gym in Northern Bangkok. At the time Mr. Liam was working with food additive company F.A. Group. The owner of the company, Tong loved Muay Thai and decided to sponsor the gym. It was here that Petchboonchu was transformed from his raw country state and into a polished international champion. Furthermore, it is Kru Diesel, who has been with Mr. Liam since he started Bor. Bla Boonchu, that is heavily credited with the success of Petchboonchu and rightfully so. He was recognized for his work with a trainer of the year award in 2015. Petchboonchu is now semi-retired and working full time as a trainer at Evolve gym in Singapore. Housing the most decorated fighter of all time, for more than a decade, how does a gym continue to keep up? Petchboonchu turned F.A. Group into a well known brand on the international Muay Thai scene. Every year hundreds of foreigners arrive wanting to know the secrets to his elite clinch game. With the departure of Petchboonchu, a lot of gyms would lose steam. Some, in their lifetime, are only able to produce a few champions; champions nowhere near the level of Petchboonchu. But F.A. Group has shown no signs of slowing down. The gym currently houses around 10 Thai fighters, 4 of whom are champions. And the foreigners? They keep coming. On any given day you will see up to ten foreigners training at the gym.

The gym is heavily clinched based, much more so than other gyms in Thailand. In training, clinch takes priority over pad and bag work. After running, the fighters are required to clinch for up to one hour before hitting pads with one of the trainers or starting out on the bag. A lot of fighters despise the clinch. It's exhausting, and seemingly never ending. But in a Muay Thai fight, a well conditioned clinch fighter is hard to beat. Thai scoring heavily favours clinching position and knees. Despite the heavy influx of foreigners, the gym's focus still remains on the Thais. Yothin, the gym's current superstar, is on a 10 fight winning streak; not an easy feat when fighting exclusively at Bangkok's elite stadia. His Muay Kao style, signature to F.A. Group, is relentless. Earlier this week he won the main event at Jitmuangnon's promotion at Rajadamnern Stadium. It was a completely dominant performance, beating Keeopayak Jitmuangnon on points.

As like most gyms in Thailand, 50% is deducted from the purse of the Thai fighters in addition to sponsorship deals and tip outs from the gamblers. With the majority of their fighters fighting on top promotions in Thailand, the gym is able to support itself off the income brought in by their fighters. Having foreigners at the gym, for the time being at least, is just a supplementary income. Last year tragedy struck the gym, it lost one of its top fighters to a brain hemorrhage. Luktoy went into a coma after his fight at Rajadamnern Stadium on September 12th and died just a few days later. While in the hospital, his wife in Nong Khai Province gave birth to his only son, Nong Titan. He was just 20 years old. The Muay Thai community, both in Thailand and abroad, came together in support to raise well over 1 million Baht. Rob Cox, from Kiatponthip Gym, and Kevin Noone, from Siam Fight News, did online fundraisers that raised over 350,000 Baht. There was a 200,000 Baht donation from the fans at Rangsit stadium—100,000 of which came from Sia Kaek, the owner of PK Saenchai Muay Thai Gym, and Boat of Petchyindee along with the fans at Rajadamnern donated close to 300,000 Baht.

Despite a very difficult situation, the gym endures. Located in Bangkok's Chatuchak district, F.A. Group is keeping up with the times. They recently created a website to help promote the camp, as well as a line of F.A. Group shirts as another source of income that brings with it a more modern spin. With the constant flow of foreigners and its stablemate of Thai fighters and trainers, F.A. Group shows no signs of slowing down.