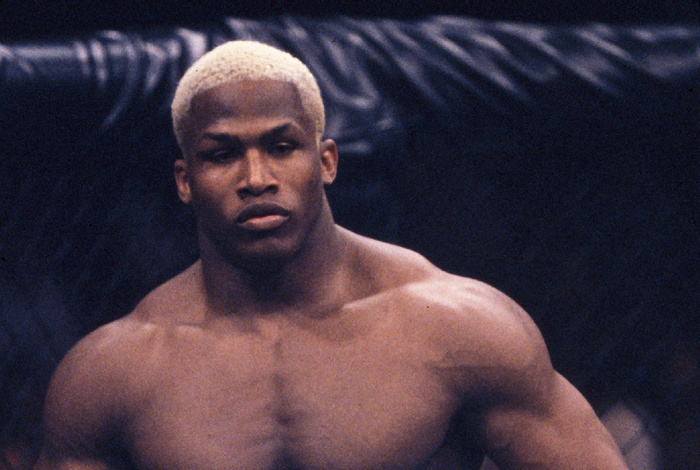 The MMA world awakes this morning to the tragic news that former UFC heavyweight champion and PRIDE veteran, Kevin Randleman has passed away at just forty-four years old. Randleman might not be remembered by many of the fans who found MMA in the last decade but those who saw him at his peak will always remember his feats of athleticism in the ring and those who had a chance to speak with him or hear him at seminars will always remember him for the thoughtful, introspective man who shone through from underneath the muscled, almost superhuman exterior.

The same few conversations come up again and again when you hang out with fight fanatics. Who would win from x and y? Who is the greatest of all time? Who was the most significant wasted talent in MMA? When the last one comes up my answer has always been Kevin Randleman. Of course, Randleman won the UFC heavyweight title, that's a pretty significant accomplishment for a wasted talent. But had a physical talent like Randleman come along at a time when serious boxing and Muay Thai coaches understood the MMA game, and been taught how to work in the transitional areas which only exist in MMA, and been with a team who could teach him strategy and build him gameplans, he could run through most of the men at his weight and above even today.

The kind of guy who could pin you to the mat with both feet off of the floor and knee you in the head while he was doing it.

Instead, Randleman spent much of his career under Mark Coleman's Hammer House banner, a team whose gym fellow alumni Phil Baroni confirmed a while ago never actually existed outside of a heavy bag on Coleman's porch. Consequently Randleman never really rounded out his game and suffered a lot of submissions from inside his opponent's guard which a wrestler of his ability training at a top level MMA gym today would be able to shut down.

Despite his hit and miss record, Randleman's career was stacked with highlights. After coming up short in competitive fights with Quinton Jackson and Kazushi Sakuraba in PRIDE's middleweight division (205lbs) in 2003, Randleman entered PRIDE's open weight grand prix in 2004 and was matched against Mirko 'Cro Cop' Filipovic in the opening round. Since coming to mixed martial arts from kickboxing in 2001, Cro Cop had fought a laundry list of big names and come up short just once against the number two heavyweight in the world, Antonio Rodrigo Nogueira. Even this only came after beating Nogueira into a bloody mess on the feet for ten minutes before Nogueira could finally find his moment to take down and armbar the Croatian sensation. Cro Cop was unarguably one of the greatest heavyweights in the world: he could sprawl better than anyone could have hoped him to, and he seemed untouchable on the feet, while Randleman seemed to have retreated to 205lbs when things stopped working out at heavyweight and many questioned how much was left in him.

Randleman came out and immediately drove Filipovic straight back into his own corner in a bodylock. Holding this to little success, Randleman was eventually broken from this clinch by the referee. 'Oh dear' thought the crowd. Randleman began circling the ring, away from Cro Cop's legendary left kick. Randleman's right hand was high and wide in hopes of stopping the head kick, but his body was wide open and begging to be punted. Randleman shot in and Filipovic easily palmed him off.

Randleman circled again, stepped back in as if to make another wild dive at Cro Cop's legs, and came up with a left hook which turned Filipovic's head around. Caught midway between a kick and a sprawl, Filipovic fell to the mat and hung on to Randleman in guard for a moment before The Monster broke free and rained down hammer strikes with fury.

It was unthinkable that Mirko Cro Cop would be beaten on the feet, let alone by almost a pure wrestler. But such is the threat of the shot. Had Randleman had the opportunity to work with the top coaches today who teach their charges the value of the level change in their boxing to set up their takedowns and vice versa, he could have made a habit out of starching men as they panicked over the thought of him taking them down.

In the next round of the tournament two months later, Randleman found himself opposite tournament favorite and (Tsuyoshi Kohsaka non-loss aside) undefeated heavyweight world champion, Fedor Emelianenko. Randleman, having lost his father just a fortnight before the fight, was far from in the best frame of mind. Yet he got in on the heavyweight great and immediately took him down. Emelianenko bucked and rolled to begin standing up but Randleman achieved a bodylock. As Emelinanenko got to his feet, Randleman hoisted him skyward, bridged and jumped into a beautiful suplex. The weight of both men came crashing down on the back of Emelianenko's head.

Unfortunately, this was Emelianenko at the height of his powers. After a moment of recovery the Russian quickly reversed position and applied a kimura to take the submission victory but it was easily one of the most memorable moments in PRIDE's history.

The theme of Kevin Randleman's career was that of having all the potential but not being taught enough of the technique. Against Murilo 'Ninja' Rua, whom Randleman wound up beating bloody with an excellent left hook, Randleman spent the majority of the ten minute first round on his back on the bottom of side control, with both arms wide open. He seemed to have no idea of how to protect himself or how to escape. After a thousand shouts of “pummel the left arm” from Mark Coleman in his corner, Randleman bridged straight out of the position, no underhook necessary.

That tremendous power put through the filter of sound Jiu Jitsu would have been a truly terrifying prospect for opponents. Randleman apparently turned down repeated offers from Renzo Gracie to stay with him and learn the game. Clearly Gracie saw the same potential in him and seeing the wrestlers turned top notch grapplers and fighters coming out of Renzo Gracie and Matt Serra's gyms today it really makes you wonder what could have been.

The last years of Randleman's career were rough. Following a loss to a prime Mauricio 'Shogun' Rua, Randleman was on a 2-7 run dating back four years. When it was determined that Randleman submitted a fake urine sample following the Rua fight (his first fight in the U.S since 2002), he was suspended from competition in Nevada. Randleman was forced out of action for far longer than his suspension by a chronic staph infection. I won't include photographs here, but there are a few online and they are pretty terrifying. Randleman took five more fights up to his retirement in 2011 and tasted victory in just one.

He might not have picked up all the big wins and never held onto an undefeated record but Randleman was an integral part of the history of this sport. He handed Cro Cop his first knockout loss in mixed martial arts. He demonstrated that Maurice Smith didn't have all the answers with his guard after Smith had defeated Mark Coleman. And on another night or with different judges the exact same performance he gave against Bas Rutten could have denied the latter the UFC heavyweight title. You could certainly do much worse today than loading up a few of his fights and watching one of the most intense athletes in the sport's history go to work.