Khridoli, Georgian Martial Arts, and the Arrival of Levan Makashvili 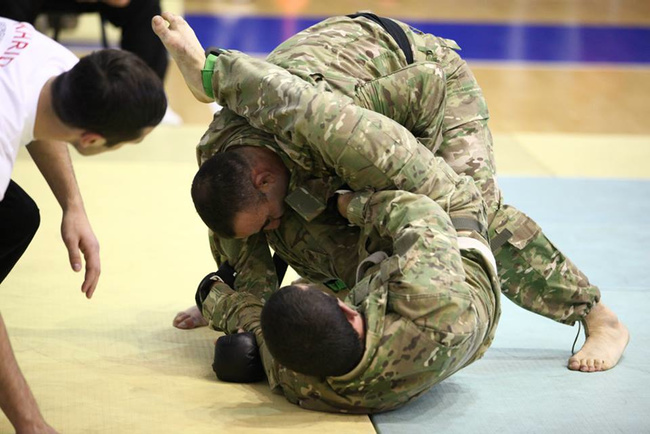 Nearly one year after the uprising and revolution that forced former Ukrainian President Viktor Yanukovych to flee Kiev, Russia and Ukraine have agreed to a ceasefire starting on February 15.

But just 700 miles from Crimea, across the Black Sea in Tbilisi, Georgia, a nation of men are preparing for a potential threat from the north, training in a multi-faceted martial art known as Khridoli to protect their borders from invasion.

Georgia’s national martial art, Khridoli combines wrestling, Judo, Sambo, Jiu Jitsu, boxing, sword fighting, and archery, making it unlike any other combat sport. Khridoli, which dates back to the fourth century B.C., around the origins of the unified Georgian kingdom, has experienced a revival since 1991, when Georgia gained independence from the Soviet Union

It has now found its way into athletic and competition circles in and around Tbilisi. But since the Russo-Georgian conflict of 2008, it has also been implemented into military training, where the unique mix of hand-to-hand combat and weaponry has practical use in times of war.

“Khridoli [is an] ancient Georgian word which means wisdom to defeat [an] enemy which is stronger than you,” explains Giorgi Avsajanishvili, an instructor at the Khridoli National Academy, who also teaches hand-to-hand combat to the Georgian Army under the employ of the National Ministry of Defense. “It includes fighting in five directions: Khardiorda [wrestling], Rkena: a mix of judo, Jiu Jitsu, Sambo and grappling… Krivi [boxing], Farikaoba [fencing]. The fifth is archery.”

Avsajanishvili is just one of the many Khridoli instructors pushing the sport and art form to a new generation of Georgian men. Fortunately, Georgians have been a quick study, in part due to their rich tradition on the Judo and wrestling mats, where the nation has produced multiple Olympic champions, despite only competing as an independent nation for the first time in 1994, after its 1991 secession from the Soviet Union.

It is this exact athletic acumen and predisposition on the ground that gives Georgia a sliver of hope that it can one day begin to produce top echelon MMA fighters, much like nearby Dagestan, which has become a hot bed for mixed martial arts. 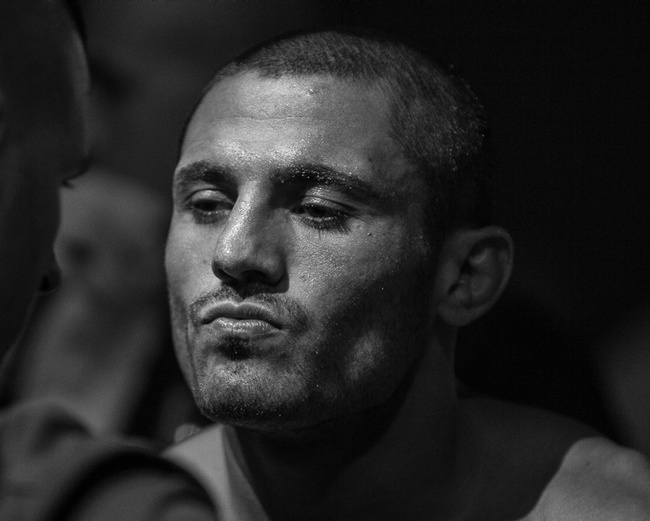 “Georgians are warrior-like people. Everyday they kind of live like that,” explains Makashvili, who immigrated to the United States in 2013 from Gori, Georgia. “This was the perfect opportunity; I accepted the fight on 12 days notice and… I didn’t have to think for more than a second.”

A former wrestler who was left to the streets after Russia deployed its 58th Army and airbone troops to nearby South Ossetia in 2008, Makashvili, 26, found his way into professional MMA in then nascent Georgia scene, where promoters only offer fights on short notice.

Accepting his first bout without any formal MMA training, Makashvili went on to claim the Georgian national championship before heading to Oceanside, New York and the confines of regional promotions like Ring of Combat and Cage Fury Fighting Championships, where he claimed the organization’s 145-pound title.

"I fully expect Levan to turn some heads with the skill set he brings into the cage,” offers CFFC General Manager Earl Campbell. “He is a humble, kind man outside the cage and a true professional when he steps into the cage. He is focused, driven, and an absolute dominating force that has the skills to compete at the highest level." 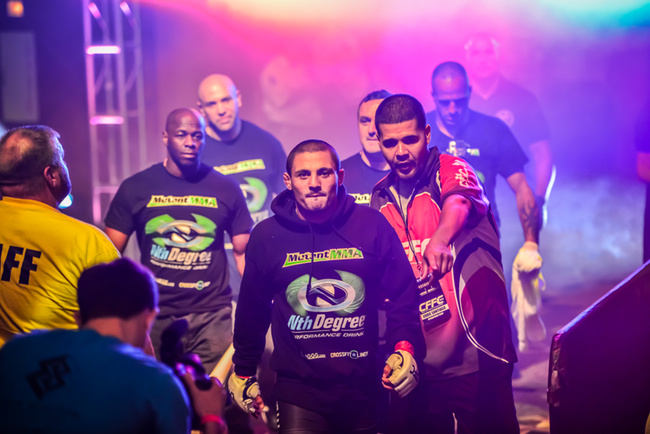 Relinquishing the CFFC title to make the step up to the UFC, Makashvili enters the Octagon with only one professional loss on his record, falling on the wrong side of a five-round majority decision during which he broke his foot in the first frame. Having avenged the loss to Alexandre Bezerra in his subsequent outing, Makashvili now feels primed for the upset come Saturday.

Perhaps it’s his fearless Georgian blood—the kind that has helped a small nation of 5-million withstand the constant threat of attack from neighboring Russia—that leads him to believe that he can play David to Lentz’s Goliath, but regardless of the outcome, he is positive that his arrival in the UFC will have a positive impact on the future of MMA in his homeland.

“Georgia has very amazing grapplers and fighters … but right now there is no motivation for guys who want to fight,” Makashvili. “It will give inspiration to the right people.”

Still, back in the Georgia, in the Caucasus, sport remains secondary to survival. And while MMA may have a new generation of future stars from Tbilisi, Gori, Abkhazia, and Bugeuli, the practical focus remains on Khridoli, where sport intersects with battle and tactics, where the practice of martial arts has the potential to protect lives and culture.

The Styles of Indian Martial Arts