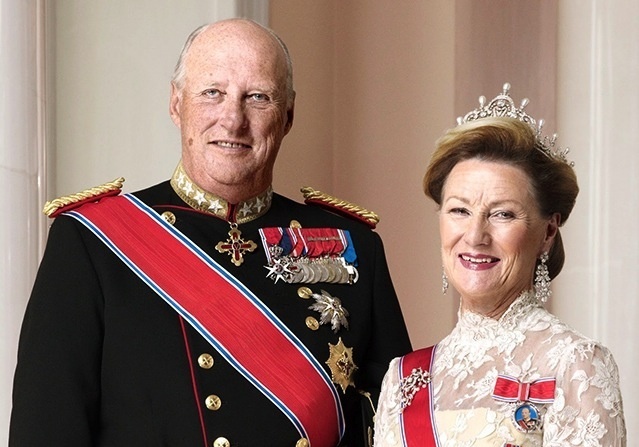 Sweden hosted its second UFC event earlier this month, further establishing it as one of the hotbeds of European MMA. Meanwhile, to the west, Sweden's Scandinavian cousin Norway has struggled to get MMA off the ground. Stifled by legislation and an opposition national media, Norweigan mixed martial arts is limited to amateur fights without head contact. Despite this, somehow Norway has been home to MMA stars such as Joachim "Hellboy" Hansen and Simeon Thoreson. Not bad for a country that bans professional boxing, let alone professional MMA.

To get my head around the obstacles facing the Norwegian scene, I caught up with leading Norwegian MMA journalist Tarjei Nymark Mørkve, of MMA-Norway.com, in Stockholm to discuss political meddling, the Norwegian public perception of MMA, and why Norweigans are so squeamish.

Fightland: Why did the Norwegian government ban boxing and MMA in the first instance?
Tarjei Nymark Mørkve: Well, there is no ban of MMA as a sport itself (unlike boxing). But, there is the "KO Law," which basically bans any sport that involves knockouts as a way of winning or scoring points. This law dates back (in different versions and updates) to 1981. But the basics of the law are as follows:

"Organized competition, demonstrations or training matches where a knockout is allowed can take place only with the approval of the King. Sports that contain knockouts will result in the participants having to cancel the game because of hits to the head."

Boxing was banned on a medical consideration. As far as I know there was no direct catalyst for the banning, but the government has decided that the kind of trauma to the head you experience from boxing and other sports that involve KOs is beyond the limits of what is acceptable of injuries in sports for the Norwegian people.

An interesting twist now is the new rules in international amateur boxing competition (AIBA) that has removed headgear in men’s Olympics. This basically means that the rules must change here too. Otherwise, boxing will eventually die as a sport in Norway.

Other martial arts can apply for an exemption of this law if they qualify for demands from the cultural department. Only one professional MMA bout has been arranged on Norwegian soil ever, and even then the only reason they allowed it was because it was arranged as an art project.

An art project?
Basically, No Más was started by the artist Kjetil Kausland, who had a previous project called No Holds Barred. No Más was developed because of the success of his previous work.

No Holds Barred was an art project that started thanks to Kausland’s conflicted relationship with physical violence and a boyish admiration he had for professional MMA fighters. Over a period of four years, Kausland was given access to many MMA events, where he took photos of MMA fighters before, during, and after the fights, focusing on the various emotions fighters go through. His artistic focus wasn’t to discuss MMA as a phenomenon but to encapsulate the various aspects of the human condition before, during, and after a fight.

But this wasn’t enough for Kausland. He decided he had to have a go in the cage himself. Leaving himself vulnerable and under the scrutiny of others–the voyeuristic gaze that he had enjoyed outside of the ring.

In May 2008, Kausland fought a real fight against a professional mixed martial artist in a match arranged through a neutral British matchmaker. The match was held in an octagonal cage in Teatergarasjen, and the rules were in a similar vein to that of the unified MMA rules the UFC and other top promotions use.

Kjetil Kausland had trained since August the previous year and was subject to a strict exercise regime that would be endured the top MMA fighters of the world. Kausland was living the life of the subjects of his art series.

What is the coverage of MMA like in Norway?
Sadly, coverage has been pretty much worse than zero. By that I mean that the only thing the media has written about MMA has been negative tabloid headlines by people who have no knowledge whatsoever of MMA as a sport. The focus in the few spotlights that has been pointed towards MMA has been characterized by keywords like “brutality,” “cagefighting,” and “bloodsport.”

Considering the sanctioning, what is the typical career path for a Norwegian MMA fighter?
If you want to compete on a professional level you have to go abroad. And then it becomes a lot more expensive than traveling and competing within the borders of your own country. Many gyms arrange their own "fight nights" every now and then where another gym visits and they create some amateur match-ups. I would say the typical career path would be three-to-four years of training and competing at the amateur level within the gym before they go semi-pro or even pro. Then they would most likely go to Denmark or Sweden, where there is a lot of promotions that arrange pro, semi-pro, and amateur fights on the very same fight card. The upside for Norwegian fighters is that they are often exposed to traveling and competing on an international level at a younger age than many others.

How has a country with such legislation given the world fighters such as Joachim Hansen, Simeon Thoreson, Dan Evensen, and Jon Olav Einemo?
Good question! I guess you just can't stop an individual’s urge to pursue their dreams. Boundaries are made to be broken, and there is just no stopping someone who loves what they are doing and has a fire in their heart. I think you need some serious heart and desire to be a professional MMA fighter in Norway. Either that or fighting is in our Viking DNA.

MMA on the Continent

The Heroic Fall of Ilir Latifi