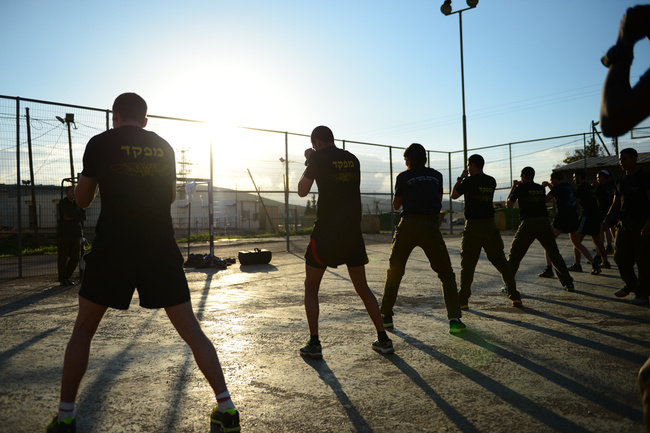 Did you know that Krav Maga, the hand-to-hand combat system developed by the Israeli army, is part of a Zionist cultural conspiracy? So says Mashregh News, mouthpiece of the Iranian Revolutionary Guards. According to the error-strewn report recently published on their website, Israel has, after “almost a century of secrecy”, suddenly decided to unleash Krav Maga upon an unsuspecting world, using “clandestine methods” to facilitate its spread—a worrying new trend which, they say, their experts will be closely monitoring.

If the Israelis were meant be keeping Krav Maga under wraps then intelligence chiefs the world over should be rubbing their hands with glee—they seem to be pretty bad at keeping secrets. Krav Maga left the army in 1971 and has been on a non-stop promotional tour ever since. Today it is the darling of paranoid celebrities and law enforcement agencies the world over—if Krav Maga is a conspiracy then, with the FBI, the CIA and Brangelina already under its spell, the Iranian call for vigilance is a bit of a dead letter.

Strangely enough nobody from Mashregh or the Revolutionary Guards was willing to explain exactly how the groin strikes and eye gouges that are the unleavened bread and butter of Krav Maga come to be caught and converted into fists raised for Israel, no matter how many emails I bombarded them with. ‘They probably have a policy of not speaking to anyone from the Big or Little Satan’, a friendly middle-east correspondent explained. Luckily the founder and head coach of the British Academy of Krav Maga, John Aldcroft, is more forthcoming.

"What a load of bull!’ he explodes in response to Mashregh’s accusations. “First of all, Krav Maga has been popular around the world since the early 80's when Darren Levine and Eyal Yanilov saw the commercial potential of having "first move" advantage outside of Israel, which had become totally saturated with Krav Maga schools. Their successful business models explain the rapid take up of Krav Maga around the world. This has nothing to do with the spread of Zionism—it's simply a very successful business franchise built on a solid self-defense system." 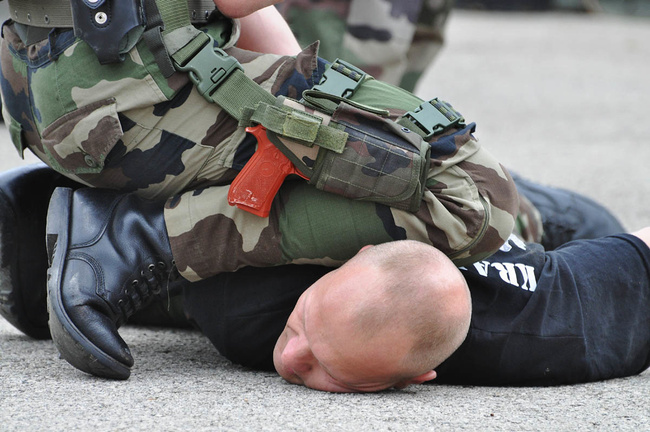 While John is obviously no Zionist zealot— “I’m not into Israel/Palestine debates,’ he protests, ‘I’m from Manchester!”—Krav Maga still falls into that dark grey chasm somewhere between vivisection and blood diamonds in terms of ethics. Although the only time John admits to having used his skills was to defend the tea lady on the London train from an abusive passenger—a nobler example of violent intervention could barely be imagined—more often than not Krav Maga is used to oppress rather than defend the powerless.

The story of Krav Maga is, in many ways, analogous to the story of Israel. It too had noble beginnings. Champion wrestler and boxer Imi Litchenfeld laid the foundations for the system in his native Bratislava—now part of modern day Slovakia—when, along with other Jewish fighters, he took his skills to the streets to defend Jewish neighborhoods from the gangs of fascists that terrorized them in the 1930s. In its early, nameless, form Krav Maga sought to carve out a sanctuary from violence. But since then it has been adopted by countless police forces and military organizations and Krav Maga today—discounting civilian Krav Maga—is one of the many forces at work conspiring to put a choke hold on freedom.

One of the many boasts made by exponents of Krav Maga is that it is the only truly ‘battle-field proven’ martial art. ‘Krav Maga has an unparalleled level of testing and development,’ claims one organization. ‘Every technique has been tried and tested in every imaginable theatre, from warfare to law enforcement… In every case, year after year, it has been proven to work.’ But considering Israel’s recent military incursion into Gaza, during which over two thousand Palestinians, mostly civilians, were killed, is that really something to boast about? 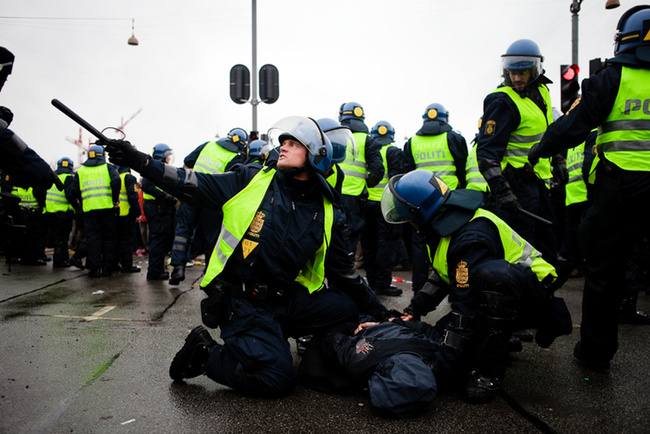 Krav Maga teaches constant vigilance. Its practitioners learn to anticipate attack from three hundred and sixty degrees and, when it comes, to respond with maximum force—but not once do any of its training manuals advise them to stop and consider why it is that everyone in the surrounding area has got it in for them. There’s a lesson in that, somewhere.

In a sense, Krav Maga has been slowly turned inside out over the last seventy years or so. Having begun as something used by citizens to protect themselves from uniformed thugs, today it forms part of an arsenal of weapons used by uniformed thugs—the IDF, the Israeli Special Forces, the several hundred military and law enforcement agencies that have adopted it around the world—to keep citizens in line. Krav Maga is no Zionist conspiracy—just another sad footnote in the history of power.

Find out more about the British Academy of Krav Maga here.

Outlaws and Ancient Gods: Fighting the Law with the Champions of Mjölnir