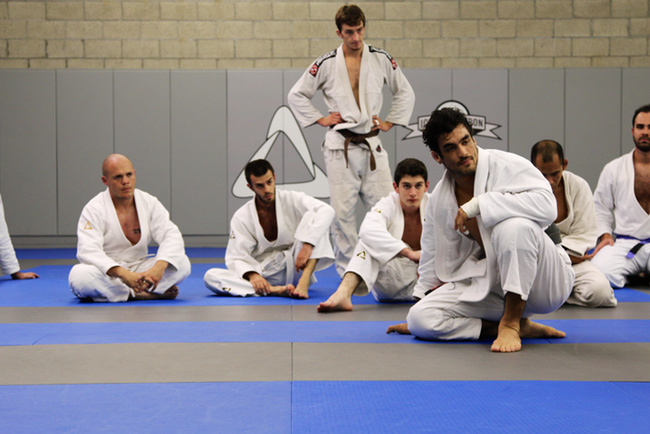 The Abu Dhabi Combat Club Submission Wrestling World Championship—better known as the ADCC—is the world’s most prestigious No-Gi Brazilian jiu jitsu tournament. Since 1998, it has seen the most prominent rolling talent in the world, including some of the Ultimate Fighting Championship’s most venerated names: Fabricio Werdum, Chael Sonnen, Rousimar Palhares, and Jacaré are just a few of them. The tournament’s first four iterations took place in Abu Dhabi.

Since 2001, the tournament has been held every other year, and it has made its way to cities around the world: São Paulo, Long Beach, Trenton, Barcelona, Nottingham and Beijing have all been host to the event.

Returning in 2015 and after some shuffling back and forth as to whether or not to host the tournament in Manaus, Amazonas, this year’s ADCC makes its way back to São Paulo. The tournament first happened in Brazil’s largest city in 2003—it was the first time the ADCC left the United Arab Emirates. A venue has not yet been confirmed, but as always, the latest champions are automatically entered into the competition.

Kron Gracie, who finally made his mixed martial arts debut—successfully—this past December, ruled out participating in the International Brazilian Jiu Jitsu Federation World Championships because he sees those competitors as having “different goals” from his own, according to an interview with TATAME. In the eyes of Kron, at the IBJJF Worlds guys just “want to hold your sleeve, grab you and wait for time to pass. They just want to stall the game. I do not see this as a real fight, I see only as a strategy to win.”

Kron kept his word, however, that he would continue to participate in the ADCC’s despite his pursuit of a professional mixed martial arts career. In the 2013 ADCC’s, Kron submitted every one of his opponents and won the 77 kilogram category. He defeated Otavio Sousa in the final via guillotine. Kron has maintained that winning gold at the ADCC is one of the most significant accomplishments of his entire career.