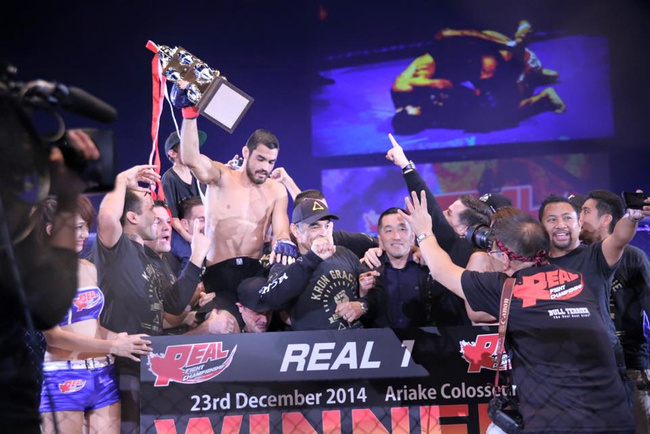 In May, Kron Gracie signed to the Japanese-managed MMA promotion based in China, Real Fight Championship. Until now, the promotion’s hosted three events in China, and is now expanding further east to the neighboring Japanese archipelago.

By now, the name Gracie is synonymous with fighting, and the advent of mixed martial arts. Earlier this morning, in Japan, the son of the master of submissions himself, Rickson Gracie, became the latest member of the legendary Brazilian jiu jitsu clan to bring the family’s name glory in a mixed martial arts arena. 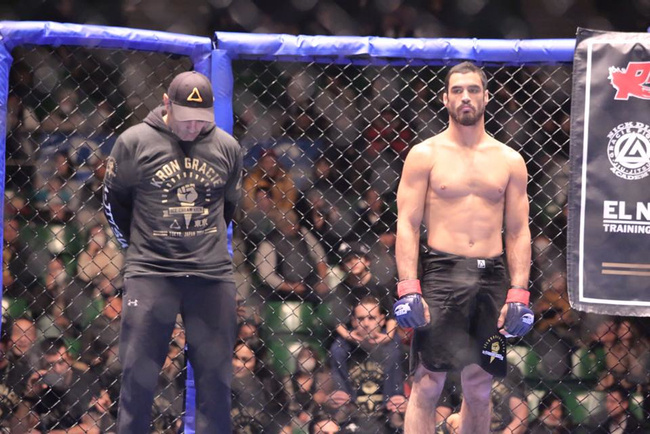 Rickson Gracie oversaw the whole effort from his son’s corner, and proudly observed as Kron followed his father’s instruction and submitted the South Korean Hyung Soo-Kim in just over a minute.

It was the main event of the evening—surely a gift to the Japanese fans, who saw Rickson Gracie fight on their soil in epic fashion from 1994 to 2000 in the PRIDE days—put on by Real Fighting Championships, a small promotion out of Japan looking to expand its reach throughout Asia. 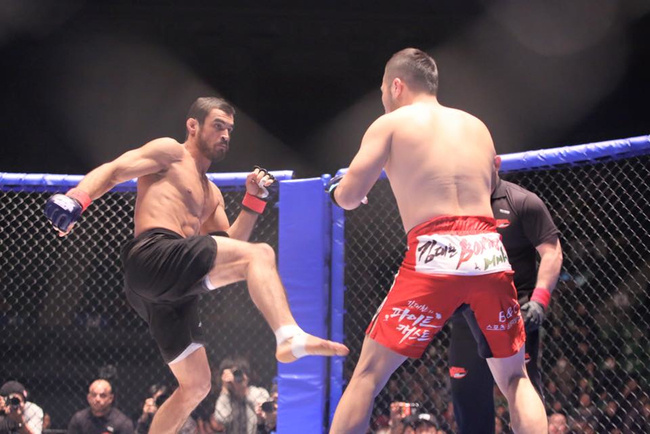 A very successful grappler, Kron’s latest title came in 2013, when he won his division at the 2013 Abu Dhabi Combat Club’s Submission Wrestling Championships. Two years before, he placed third in the same contest. In 2011, he received second place in the World Jiu Jitsu Championship. In 2009 he was European Champion. From 2005 through 2008, Kron received first place in 12 different tournaments. Truly, a Gracie.

Fighting at catchweight and much taller than his Korean opponent, Kron quickly pulled guard and took his opponent to the mat, sealing an armbar quickly in the first round. 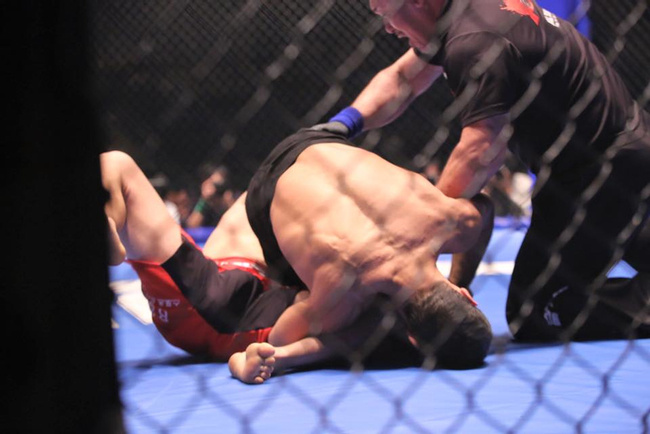 To get ready for the fight, Kron spent time in Northern California with the Skrap Pack, training with Nick and Nate Diaz, as well as Gilbert Melendez and Yancy Medeiros. His first opponent may not have been near the caliber of fighter Kron is, expect him to gradually increase the difficulty level of his matches as he continues his journey into MMA. Already contracted for multiple fights, expect the young Kron Gracie to fight again in 2015.

Watch the entire fight below:

Kron Gracie’s MMA Debut Is This December in Japan