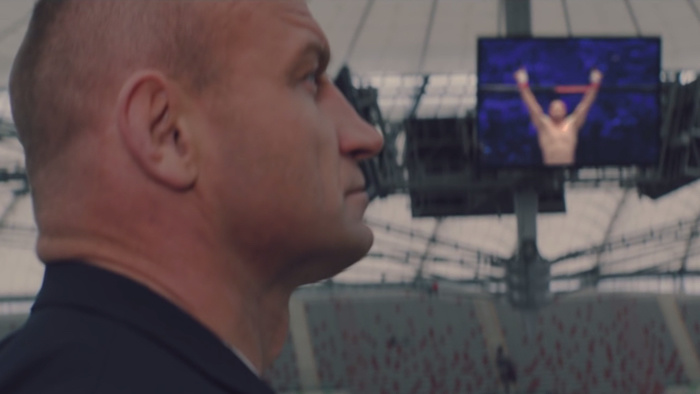 Polish promotion KSW claims they will easily break the European MMA attendance record set by the UFC, having already sold over 30,000 tickets for their upcoming KSW “Colosseum” show.

May 27th sees KSW descend on the PGE Narodowy, otherwise known as the Polish National Stadium, in Warsaw, Poland. While seating configurations haven’t been declared by the promotion for KSW 39, the stadium—which was initially built ahead of the Euro 2012 soccer tournament co-hosted between Poland and Ukraine—holds up to 72,900 attendees for concerts and over 55,000 for soccer matches.

KSW CEO Martin Lewandoswki told the UK’s Metro: “A few weeks ago, we broke our own sales record with KSW 39 Colosseum and today another record was achieved, the European record. Yesterday, March 6, 2017, KSW Federation exceeded the number of over 30,000 tickets sold. No one else in the history of European MMA has sold more tickets to MMA fights.

“As of right now I can declare that during the show on May 27 in Warsaw at the National PGE Arena, we will all witness an event that will not only create history, but one that will forever live in the memory of MMA fans worldwide.”

The previous record, set by the UFC for UFC on Fox 14, saw 30,000 witness hometown hero Alexander Gustafsson have his dreams of another light heavyweight title fight dashed once he was knocked out by Anthony Johnson at the Tele2 Arena in Stockholm, Sweden, back in January, 2015. And if Lewandowski is to be believed, KSW’s flagship event will far surpass that attendance.

Though, it’s unlikely KSW will touch the record set by the National Stadium, with 61,500 rabid fans willing their country’s men’s volleyball team on to a 3-0 win over Serbia back in 2014.

As for KSW Colosseum living in MMA fans’ collective memories “forever,” to paraphrase, that’s up for discussion.

In fairness, the show is headlined by a catchweight bout between KSW middleweight and welterweight champions Mamed Khalidov, the man many believe to be the world’s best 185lber not signed to the UFC, and Borys Mankowski. That’s in addition to five title fights, which sees their heavyweight, light heavyweight, lightweight, featherweight and women’s flyweight championships put on the line in one night. Polish wrestling Olympic medallist Damian Janikowski is also expected to make his MMA debut on the card.

But the other side to KSW is also clear to see on this behemoth fight card.

Meanwhile, 40-year-old Pudzianowski is also back in the fray, taking on fellow former Polish strongman Tyberiusz Kowalczyk in the co-main event. Kowalczyk, 38, is 3-0 in his professional MMA career and has managed to finish all three opponents inside five minutes of total fighting time.

Despite your personal view of KSW’s unshakable focus on so-called “freak fights,” which often serve to undermine the rest of a talent-filled fight card as could be the case with KSW Colloseum, you can’t deny the promotion has impressively carved out a huge following in Poland and other countries on the continent.

With over 30,000 fervent fans in attendance and the European attendance figures smashed, KSW Colloseum will announce the promotion as a big player on the global MMA scene come May 27th.