Life as the Real "Loco" Luque 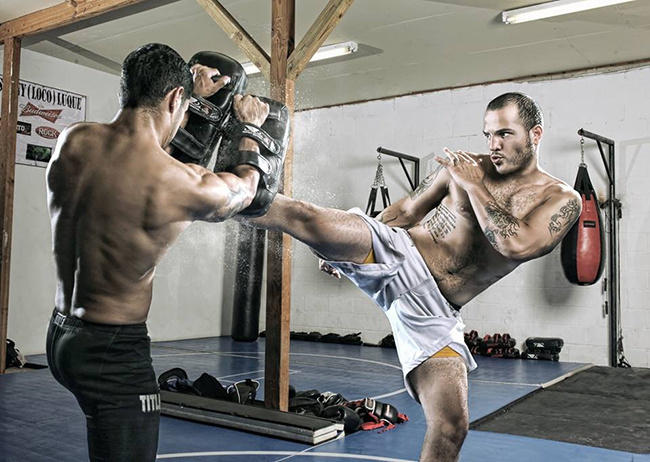 With a median household income hovering around $39,000, a population of roughly 240,000, and a drug war leaving decapitated heads strewn about like jack-o-lanterns on Halloween just over the border in Mexico, the small town of Laredo, Texas, feels stuck in some transitory phase, as if it were a half-conceived movie set transferred 250 miles south down I-35 from the entertainment-oriented state capital of Austin. At first glance, Laredo is a place you return from, not a place you return to—negative space on the ragged edge of America.

But that’s not what pro lightweight, trainer, and entrepreneur Sonny “Loco” Luque saw after moving back home from Dallas. When the good-natured 32-year-old scans the horizon with faraway-set eyes under a brow heavy with scar tissue, he sees potential. After all, you can still eat glorious lengua for dirt cheap in Laredo, get directions from a friendly local to a downtown bar, and enjoy a full card of boxing along with 5000 screaming fans.

It's this Laredo—the one that harkens back to the glory days, before Mexico caught fire—Luque wanted to tap into. “My dream was always to come back to Laredo and open a mixed martial arts school, because I knew that there wasn’t any,” he says in perfect English flecked with a slight accent, the result of having spent most of his youth on the other side of the border.

Luque’s dream took the form of the Laredo MMA Academy, which is housed in a squat building off a street you might label “non-descript” if that label didn’t fit nearly every street in Laredo.

While he knows he’s dealing with a limited talent pool, Luque makes the most of what’s available. “I try to get whatever little Laredo has and try to put it into my team,” he says. “I’m not looking for awesome mixed martial artists, because there aren’t gonna be any. I try to find the best at every little position, and then it’s up to me to put it together for my students.”

Another crucial part of his strategy to build Laredo into an MMA hub is to stop feeding kids to the wolves. For too long, Luque says, Laredo kids with a modicum of talent have been thrust into the pros with no amateur fights under their belts. The result: pain and discouragement.

“They get their ass kicked, they don’t wanna fight anymore, and you just wasted a perfectly good student that might have had potential if you pushed him the right way,” Luque says. “[My students] have to fight eight to 10 amateur fights before I even consider making them pro. We’re in no hurry. We have nothing to prove.” 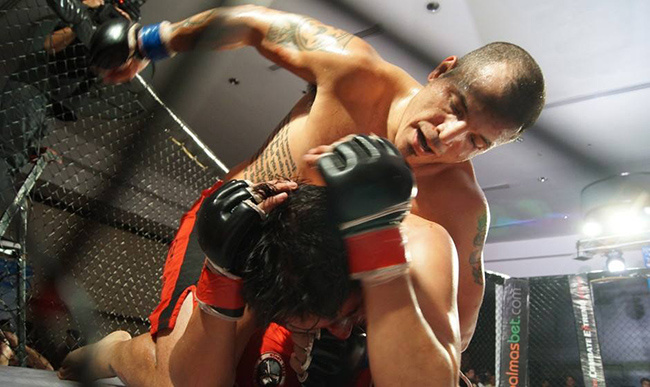 Luque also saw potential in Laredo for his own career. He is currently 4-4 as a professional, nearly every fight coming in a different promotion. His next fight is March 1 against Fabian Saldivar in nearby McAllen, part of a South Texas Fighting Championship card. Luque’s ultimate goal is to fight for the UFC, of course. “But I’m realistic,” he says. “I feel I have two, maybe three more years in this sport. MMA takes a toll on you. I haven’t had a social life in 10 years.”

In the meantime, Luque has made a name for himself in Laredo—a position fraught with a special kind of peril. “Not to toot my own horn, but I am somewhat of a celebrity,” he says. “There’s not a lot of people who do it at the level I’m competing.” This means Luque must endure weirdness, like the recent call he received at midnight from a stranger.

You robbed my nephew. You took his phone. You took some money from him!

“And I was like, ‘What?’” Luque says, chuckling at the memory of this surreal conversation.

Eventually, the stranger and Luque figured out his nephew’s assailant was someone pretending to be Luque—something that’s happened before. When one of his students ended up in jail for a minor infraction, a cop, noticing the student’s Laredo MMA shirt, said that Luque was locked up, too.

“They pointed at some other guy saying he was me,” says Luque. “Supposedly, the guy was shadowboxing in the holding tank. My student was like, ‘That’s not my coach!’”

Call this phenomenon of minor criminals aping his identity “Laredo love,” but Luque doesn’t like it. “It gets me bothered when I see that people are using it to do bad,” he says. “I don’t care if some douchebag uses it to get laid, but to do bad …”