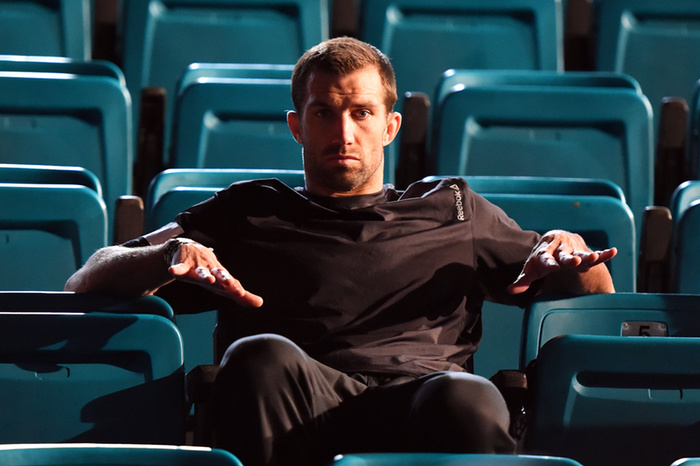 In the co-main event of UFC 194, former Strikeforce middleweight champion Luke Rockhold swiped the UFC middleweight crown from Chris Weidman with a brilliant, fourth-round TKO. Less than an hour before he did so, Yoel Romero established himself as the middleweight division’s number one contender with a hard-fought, split decision win over Ronaldo “Jacare” Souza. Given these two developments, one might expect Rockhold’s crosshairs to land on Romero. This, however, has not been the case so far. Despite Romero’s status as the obvious number one contender, Rockhold has made no secret of the fact that there are other opponents he’d prefer to face.

Atop Rockhold’s list of preferred opponents, for example, is the last man he lost to, Vitor Belfort. In 2013, Belfort turned Rockhold’s lights out with a whirlwind, spinning kick to the dome. At the time, however, Belfort was in the midst of his infamous TRT-fuelled tour of destruction, so the loss does not sit well with the new champion. As Rockhold confessed on the UFC 194 post-fight show on Fox Sports 1, his ideal first defense would be “Belfort on a silver platter.”

Of course, Belfort is an unspectacular 1-1 in his last 2 fights—hardly a streak that warrants a title shot. Luckily, however, he isn’t the only fighter Rockhold wants a piece of. In a recent interview with MMA Junkie Radio, the middleweight king touched on a beef with none other than UFC heavyweight champion Fabricio Werdum. The beef, Rockhold says, stems from the pair’s time as members of the Strikeforce roster.

"We have an old Strikeforce beef… Fabricio didn't really have respect for people at the time,” Rockhold told MMA Junkie. “I think it was in St. Louis, I'm not going to get into it, throw him under the bus too bad, but he pretty much was being a piece of shit that night, and I demanded some respect. I was a young Strikeforce challenger at the time, and he was like, 'Who the fuck are you?' and he treated me like a piece of shit. He was just being a dick and I stood up for myself and he tried to act like I was being the bad guy.” 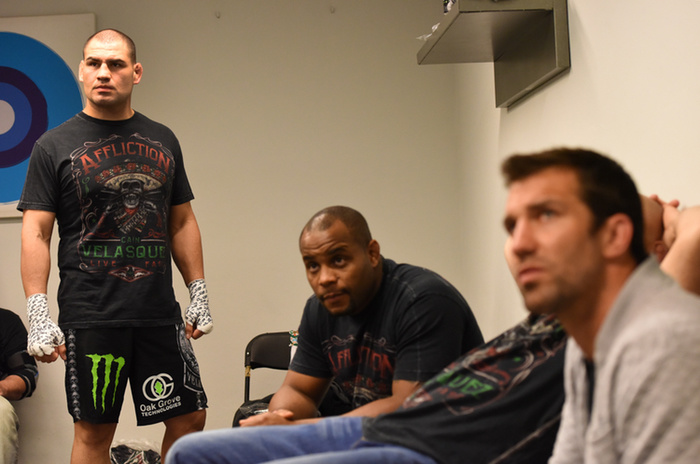 The middleweight champion’s gripes may also have something to do with the fact that Werdum won the heavyweight title by defeating Cain Velasquez—one of Rockhold’s long-time training partners at American Kickboxing Academy. Whatever the real reason for the beef, however, Rockhold pulled no punches in assessing a potential showdown with Werdum. Though he acknowledged that he respects the heavyweight king as a fighter, he also said that he’d fight him “in a heartbeat,” and “beat him too, easy.”

Now, it’s worth noting that Werdum did fire back in an interview conducted by Combate (and translated by Bloody Elbow). In this interview, the heavyweight champion did plenty of his own pot-stirring by questioning Rockhold’s manhood, calling him a “wimp,” and saying “he has his head up his ass.” That said, Rockhold is probably better off just putting this one to bed. Not because he’s guaranteed to lose a fight with Werdum, but because it’ll simply never happen.

Recently, we’ve seen Conor McGregor realize all kinds of success with interdivisional callouts. Most notably, he seems to have positioned himself for a convention-defying lightweight title shot against Rafael Dos Anjos. Given this, it’s not surprising that we’re seeing other fighters attempting this brand of self-promotion. In the case of Rockhold’s callout of Werdum, however, it will not yield the same results.

Werdum is not one, but two divisions heavier than Rockhold, and would therefore dwarf him in a prospective showdown. Furthermore, Werdum has his hands full with plenty of dangerous heavyweight challengers—namely a vengeful Velasquez, who he’ll rematch at UFC 196 on February 6. Finally, Rockhold as plenty of compelling challenges of his own. Whether his wishes for a Belfort rematch are granted, or he gets a more logical first challenger in Romero, his title reign is already looking exciting enough to negate any need for interdivisional trash talk. And should he emerge as the dominant and dynamic champion that so many expect, his time for super fights will surely come. He need only to continue to blow his middleweight opposition out of the water.

Luke Rockhold and the Success of Strikeforce Alumni in the UFC