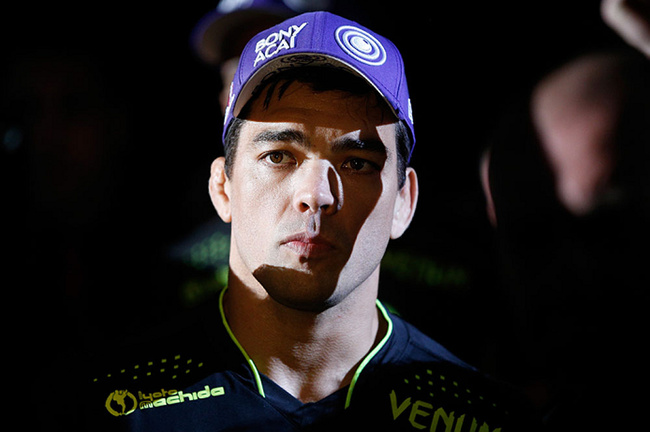 This past Saturday, the city of Los Angeles hosted the premier Kickboxing tournament Glory 17’s Last Man Standing at The Forum, where kickboxers from around the globe competed for the title of World Champion in their respective weight classes. The evening’s main card stacked heavyweights Rico Verhoeven from the Netherlands and Daniel Ghiță from Romania against each other. Verhoeven took the title in five three-minute rounds by unanimous decision.

Now, rumor has it The Dragon said that he is definitely in—no, that he would love a one-off fight against the Russian kickboxing champion.

A vicious karate specialist, Machida boasts an impressive MMA record of 21 wins and only four losses spanning 12 years. Throughout his career, Machida has proved to be a dangerous man on the mat—several of his wins come courtesy of submissions. But his most impressive victories come by way of his heartless stand-up assaults. 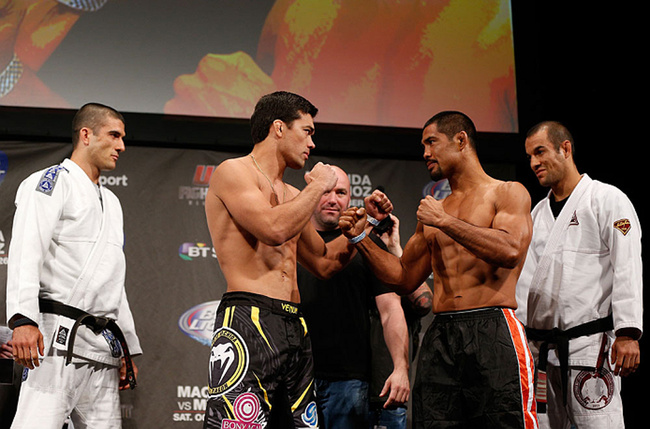 Remember when Rashad Evans tried getting up over and over again after being struck square in the face, only to continue taking those relentless machine-gun fists until he just took a nap on the mat flat on his back? That beating lasted a good 45 seconds—The Dragon didn’t stop until Evans rolled his eyes into his head.

Before that, he took his compatriot Thiago Silva to the mat and finished him with two punches that put him out faster than a candle in a windstorm. Certainly, Machida is scary on his feet: his last two fights highlight his prowess with wins over Gegard Mousasi and Mark Muñoz—the latter being the rowdier of the two, with Muñoz crumbling from a hellish kick to the head.

It’s unclear whether the one-off would present a match-up in the Octagon, or if The Dragon would face Levin in a Glory event. Regardless, the possibility of Lyoto Machida’s performance in a kickboxing match makes us wonder: what if MMA athletes could fight in exhibition matches in a single martial art? Machida is just one of several fighters in MMA who could perform well—off top, Anthony Pettis, Junior Dos Santos and Jose Aldo are all fighters who could successfully step into the kickboxing world. 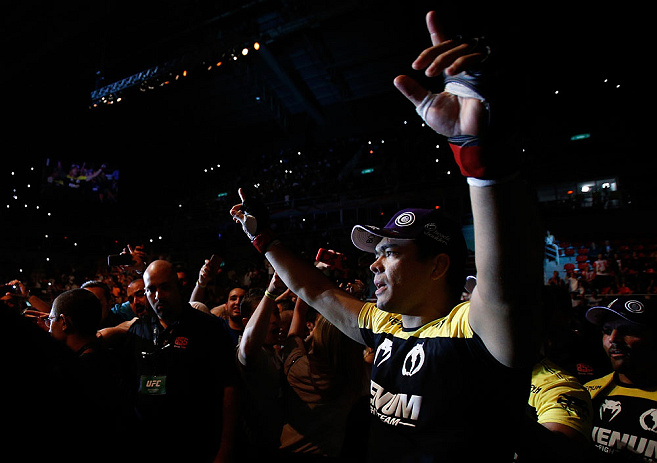 It would seem unlikely that this encounter will happen soon—Machida is set to fight Chris Weidman at UFC 175 on July 5th for the middleweight title. But if it does, will we see more of this sort of crossover? Just yesterday, submission grappling promotion company Metamoris announced the match-ups for their upcoming event, and they include MMA stand outs Chael Sonnen and Josh Barnett. Chael may be retired and the Warmaster out of title contention, but the UFC allows their athletes to take this sort of challenge upon themselves, and fighters who have done so in the past speak highly of the chance to outperform another athlete in a different fighting tradition.

It’s a fascinating possibility—watching mixed martial arts stars take on the crossover challenge to showcase their strengths is an inspiration at the very least. It helps to remind us of the great diversity that makes the UFC such a great contest. However, last year, UFC lightweight champion Benson Henderson competed in the IBJJF Pan Ams, where he lost to Jaime Soares Canuto in the middleweight division. Also last year, UFC heavyweight Brendan Schaub got shook up by Roberto “Cyborg” Abreu at Metamoris II—so we will see how Barnett and Chael fare in their upcoming grappling bouts. Maybe if they’re successful, we will see more fighters be inspired to the challenge—and perhaps we will even see Machida take on Artem Levin in a kickboxing match.