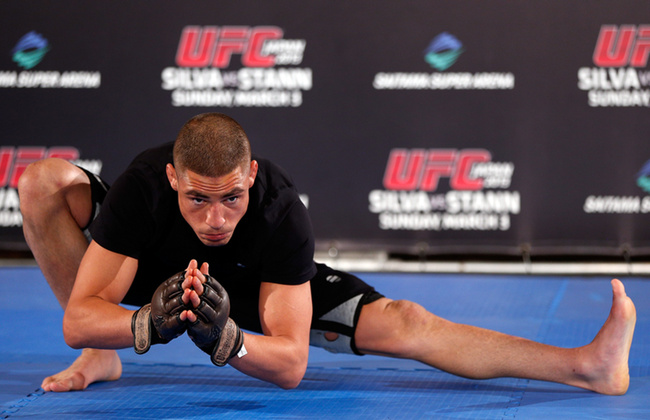 Someone’s got to be doing some crazy bad juju somewhere, casting spells and curses all over the UFC’s first incursion into Mexico. Yesterday, Joe Lauzon was the fourth to be pulled from UFC 180 due to injured ribs. Today, his opponent, Diego Sanchez, is out as well.

Diego Sanchez’s pull-out is due to a ligament tear in his left knee, making this the fifth injury to force a fighter out of the card. Just so we can keep track, the first fighter to be dropped was Norman Parke, then Goyito Pérez—then came the big doozy, Cain Velasquez (for at least a year).

This is really the most unlucky year for the UFC—every defending champion has suffered injuries. And now, with Diego unable to keep the crowd's spirits up, all we can think is, "No, no, no, no!"

Breaking News: Cain Velasquez Out Due to Injury, Mark Hunt to Replace Him