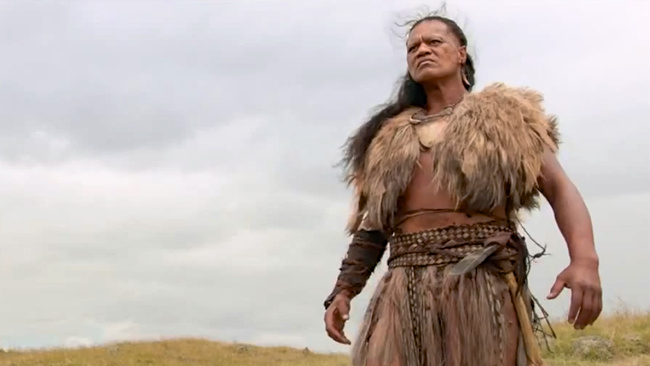 A single line synopsis of The Dead Lands makes it sound like a dozen or so other martial arts flicks we’ve all seen before: When a young man witnesses the murder of his family, he seeks the guidance of a powerful but prickly master to help him on his quest to avenge his lost loved ones.

But the New Zealand film, which celebrated its world premiere at the Toronto International Film Festival last month and will be released theatrically later this year, cannot be so easily summed up or dismissed. It has the skeletal structure of an action movie, but the musculature and soul of an art film. Without ever losing a beat in the expertly choreographed and beautifully shot combat scenes, it matches each physical strike with a philosophical mediation, transforming a simple story into a complex exploration on the power and the meaning of violence.

The Dead Lands also stands out because it’s the first full-length picture filmed entirely in the Maori language, and the first to extensively feature Mau Rakau, the weapons-based martial art of the indigenous New Zealand population. It was recently selected as the country’s submission for this year’s Best Foreign Language Film category at the Academy Awards. 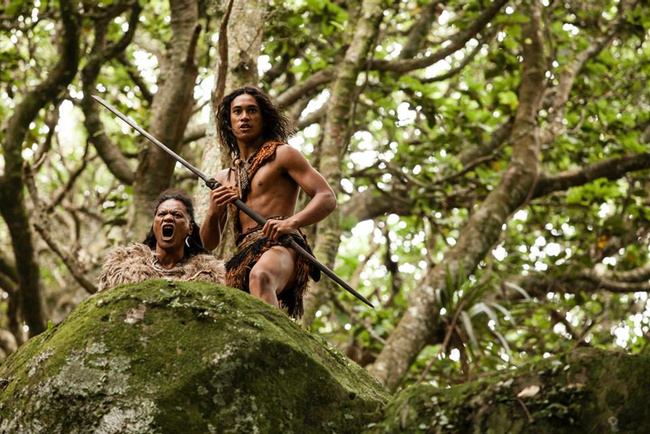 Director Tao Fraser, who has lived in New Zealand since he was 14 and who has a Maori daughter, grew up around Maori culture and says that while he knew a fair amount about it in general terms, his knowledge of Mau Rakau in particular was not extensive. But he had certain ideas, and maybe certain dreams.

“I suppose when one grows up in New Zealand and grows up around guys like this, not only do we have an experience or an idea of Maori or Pacific Island stories and myths and legends and fighting stories that we would like to imagine ourselves in, we also have the experience of fighting each other in a street fight or two in the fish and chip shop, you know?” he laughs. “So it’s very much a part of our culture, I suppose.”

Fraser, whose last feature, Giselle, was a critically acclaimed ballet drama starring renowned dancer Gillian Murphy, turned to Mau Rakau for his latest film because he was interested in attacking something a little different.

“For a long time I’ve wanted to do something gritty and grubby and sweaty and dusty and bloody and this was a great opportunity to do that.”

He had a good idea of the story he wanted to tell, but reached out to his cast, particularly actor and Mau Rakau expert Jamus Webster, to help him stay as true to Maori culture as possible.

When asked what kind of responsibility he felt to portray a culture outside of his own as honestly as possible without exploiting it, Fraser says that it was a “very, very powerful” one. “And a lot of that was to do with empowering people like Jamus to have a genuine voice within the production of the movie and not just being wheeled in. It’s something that I thought about a lot but, at the same time, I didn’t want to become overburdened by that, because at the end of the day we’re making a cool action [film].”

For Webster, bringing Mau Rakau to the screen for its first starring role was all about the details. In almost all combat, he says, “Everyone does the same strikes. Everyone hits the same because we’re going for the killer blow.” What really differentiates Mau Rakau for cinematic purposes are the smaller movements. “Like the shaking of the weapon, we call that the wiri and the idea of the wiri is where there’s movement, there’s life.”

“It’s the subtle touches of things like the wiri that make it very specific to us,” agrees Te Kohe Tuhaka, who plays the film’s villain, Wirepa. He also points out that every character has his or her own way of doing the wiri. “Dependent on how you wiri, that can translate very differently to someone watching the film, but it also translate very different for us as we enter the battle forms,” he point out. “It also heightens the theater of it.”

The haka, the traditional Maori war dance which was brought to mainstream attention by the rugby team the New Zealand All Blacks, has a similar function in the film. As does the way that the fighters wag their tongues at each other before engaging.

“I’m going to give you a golden nugget,” Webster smiles when I ask about the extensive use of pre-fight tongue use in The Dead Lands. When a tongue is carved into a weapon, he tells me, it represents the oral tradition of passing on history and respect for the old culture. When a fighter sticks his tongue out at another fighter, though, it’s about the exact opposite of respect.

“In the form of a warrior going into battle, what is the best way to insult your enemy? It’s this,” he says, sticking out his own tongue. “Soon, if I get my hands on you, I’m going to eat you, then excrete you. So it’s me that turns you into shit. That’s the meaning behind it. You’re out there to do the damage.”

The way that all of this is represented in The Dead Lands is a fairly accurate primer,as far as the film’s cast is concerned. And Fraser’s exploration of the meaning connecting to violence works well with Mau Rakau’s spiritual side, in which every movement has a purpose.

“It’s not demonstrated in its purest form, because you can’t chuck too many eggs in one basket. But you get a taste of what it can be and what it is.”

“It’s offering a window to the rest of the world. Just a small window,” Tuhaka adds.

“We respect our culture enough not to just wrap it up. We couldn’t give you a big window,” Webster says. “Because if we give it to you too quickly, then you’ll regurgitate. So we’ll just feed you slowly.”

For Fraser’s part, he hopes this is just part of a larger cinematic movement. “This is part of a long tradition and history that encompasses films like Once Were Warriors and Whale Rider, but takes what they’ve done and turns it in a different direction,” he says. “One of the things I genuinely hope is that this is just the beginning. I’ve said to Jamus a few times that I didn’t want to get overburdened. I didn’t want to feel like this had to be the definitive Maori or Mau Rakau action film. I just wanted to do a good job, open the door for other people to tell stories that they want to tell. And not just action movies as well. Hopefully other people get to tell more stories in the Maori language.”