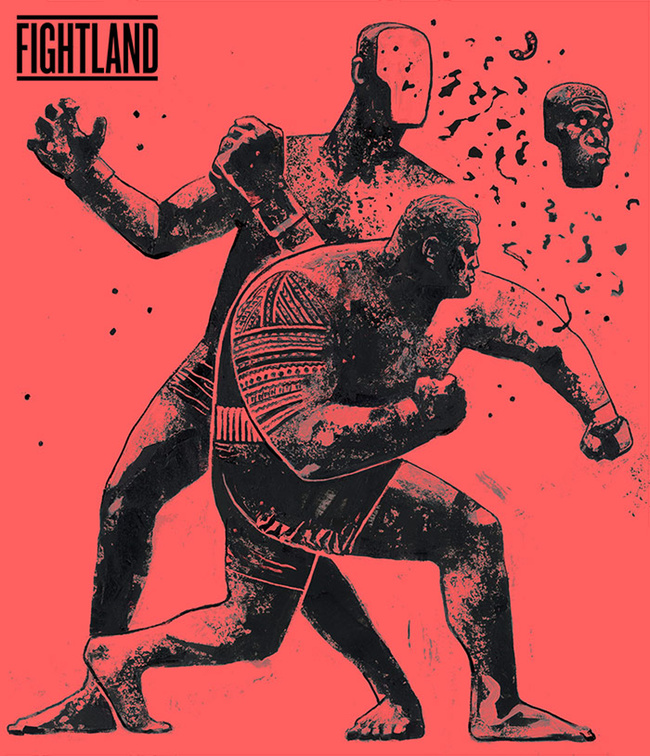 This is not foreign territory for Mark Hunt and Frank Mir. Fans and the media have been talking about them being in 'must win' situations for years now and they just continue on, win or lose. That is the nature of the heavyweight division—there is not enough young talent coming up but at least it gives the old time fans a chance to watch fighters they remember from ten years ago. Hunt got called up for a short notice title shot while on a 1-1-1 streak, while Mir headlined a card in February of 2015 while on a four fight, three year long losing streak. North of two hundred and five pounds, this game is still the Wild West.

One of the most dangerous aspects of this sport and the reason that so many fighters continue on past their best days and even past their competitive days is that whenever an old timer who has been on a downward spiral suddenly picks up a win, fans will pretend that he is undergoing some kind of career renaissance. “Well, he has been [working on his boxing / taking time off sparring / lifting less / lifting more / eating paleo], I could see this being the start of a title run!” Ninety percent of the time a late career return to the fighter of old is just the result of a younger opponent coming in and fighting dumb. However, to the enormous credit of Mark Hunt and Frank Mir, they are actual examples of older fighters who found a return to form at least in part by changing things up and improving their games.

Readers who remember Mark Hunt's days in K-1 will recall that though he won a K-1 Grand Prix, he was hardly the cream of the crop. Most of the big names of the era are absent from his record and the biggest victory on it: a starching of the great Jerome Le Banner, is outweighed by three losses to the same Frenchman. Hunt was an entertaining banger with an iron jaw, not a kickboxing prodigy, and his right handed hitting power got him by.

Flash forward to Hunt's late career resurgence in the UFC and you will notice that Hunt is leaning far more on his lead hand and particularly his counter punching. The threat of grappling put the breaks on all out aggression from Hunt's earliest MMA bouts, but it took some time for him to grow into the role of the patient fighter.

The right straight sneaking through off of a left hook—a short, simple Hunto staple.

Now fighting with his lead hand low and quite often with his head foot turned in, Hunt's objective is to land the hook as his man steps in. He hurt Stefan Struve with this, dropped Cheick Kongo, and had Junior dos Santos very tentative in the early going with the threat of it. There is a tendency to focus on Hunt's right, but this counter left is the one that gets men hesitating.

Once he has his man cautious, Hunt will begin to get more comfortable throwing the right hand, as he often does with the right uppercut on the level change—knocking out Chris Tuchscherer, hurting Ben Rothwell, and face planting the iron chinned Roy Nelson with this counter blow.

But the problem for counter fighters will always be feints and the conservative jab used in combination. You saw it for Anderson Silva, for Renan Barao, and you are going to see it a whole lot more in the future. If a fighter is loading up waiting to counter, feints see him throwing at air, growing more cautious, and eventually dulling his own responses to legitimate strikes. When Stipe Miocic boxed Hunt up, it was through feints and jabs used beautifully in tandem.

Note how Hunt pulls the trigger, then gets jabbed as he is recovering.

Note how Miocic deliberately turks the leg even though he has already passed Hunt's guard, sitting on it to trap Hunt in half guard.

Dos Santos was able to repeatedly catch Hunt over the top of his left shoulder by leaning deep to the opposite side of Hunt's body and chucking the overhand when he came in. Two different solutions to the Hunt problem, but Miocic's is the more scientific and replicable.

Frank Mir's problem has historically been with the heavy top players. A tremendous submission artist, he is to the ground game what Hunt is to the striking game—one and done, or he'll tire himself out trying. In Mir's bouts there is an instant of extreme danger for anyone who finds themselves on top of him, but as soon as he is flattened out, it has turned into a process of being ground down with blows. From Ian Freeman, to Pe de Pano, to Brock Lesnar. Alistair Overeem was able to stall him out and ding him up with punces on the ground. Similarly, Mir has had difficulty with the dirty boxing game, from Shane Carwin's terrifying uppercuts along the fence, to the all around dirty boxing clinic that Josh Barnett put on, to a far past his best Antonio Rodrigo Nogueira beating Mir up along the fence in their second bout.

What Mir has been able to do in recent years is drastically and sincerely improve his striking. When he knocked out the always hittable Antonio Rodrigo Nogueira by throwing that running lead uppercut and rear straight combination something like thirty times, fans were ready to call Mir a tremendous striker. That is probably never going to be true, but in recent years he has looked much more polished and thoughtful than in that performance. Against Antonio Silva, Mir came out orthodox (unusual for him) and knocked Silva out by hooking off of his jab as well as I've seen anyone in MMA's heavyweight division do. The hook perfectly circumventing the usual parry, that set up perfectly demonstrated why I and so many others are always heaping praise on anyone who deems it necessary to hook off of the jab even once in a bout.

His rear handed parries into left straights were tremendous against Todd Duffee their science elevated Mir above Duffee in what was otherwise a wild brawl.

Even against Andrei Arlovski, one of the hardest hitters in the game and one of the heavyweight division's better boxers, Mir didn't look outclassed. He ate some rights in the early going, then he started to get wise to Arlovski's game. He gassed out early and looked awful as a result, but he continued trying interesting things out of both stances.

As always the question in a Frank Mir match is “can Mir get him to the ground?” Mir's submission game is often significantly limited by his inability to set up his takedowns or capitalize on good ring position. Lengthy periods in Mir matches are spent along the fence as he cannot get his man down. He'll pull guard, and that is worthy of applause in a sport which has almost forgotten that is an option, but he rarely catches opponents by surprise any more and most are competent enough to stall him out from closed guard. With that being said, Mir did manage to get Andrei Arlovski down and Arlovski has some of the best takedown defence statistics in the game. Mir did gas himself out doing so and Arlovski simply grabbed a hold of Mir in guard until they were stood up by the ref, but get him down Mir did.

What is worrying is Mir's tendency to stoop over and run after the hips. Bearing in mind that a huge part of Hunt's game is timing the uppercut as his opponent drops their head, this one could hurt Mir if he looses his patience and just rushes Mir as he did Arlovski.

One weapon which Mir does have which has consistently bothered Hunt in his recent UFC career is the low kick. That exposed lead leg is almost always there for punting and Hunt will rarely begin checking until some damage has been done. As good at covering distance as Hunt has been, Mir's kicks to Hunt's lead leg should be significantly longer than the reach of Hunt's left hook.

Hunt's tendency to overcommit on stopping takedowns, famously exploited by the wily Fabricio Werdum, might also be exploitable for Mir. A couple of telegraphed shots or faked shots into uppercuts,  a la Justin Gaethje or Chad Mendes and Mir could well catch Hunto dropping his weight.

In an ideal world, from Mir you would want to see plenty of feints, plenty of low kicks, occasional shots to keep Hunt honest, and an actual takedown if the opportunity presents itself. For Hunt, playing the left hook to right straight (as he used to knock down Bigfoot and others) in combination with the right uppercut as Mir begins ducking to his left as he did so often against Arlovski could herald a highlight reel knockout. Pressuring Mir to the fence and forcing a circle out or takedown into hook or uppercut could be a money strategy as well.

If Hunt feels like testing his clinch work, no one at heavyweight has had more trouble with the dirty boxing game along the fence than Mir, it would be well worth the time invested if Hunt had been working on this specifically.

Ultimately, neither fighter is likely to walk away or get cut should he lose here. It's just another 'sure, why not' match up in the heavyweight division's round robin. You might get a decent submission or knockout from it, you might get a snoozer: that's the fight game, and especially the heavyweight fight game. If something good happens, we'll cover it on Monday.