Matt Riddle, UFC Officially Done With Each Other (Probably) 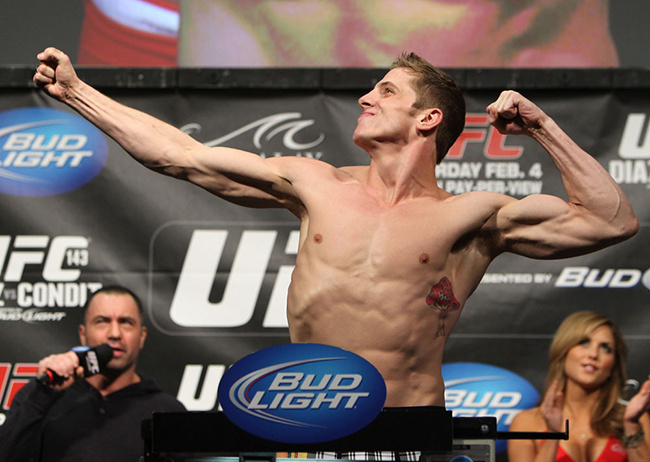 A week after the UFC released Matt Riddle and overturned his Feb. 16 split-decision victory over Che Mills following his second failed drug test for marijuana in seven months, the Las Vegas welterweight is as done with the promotion as it is with him.

“I’m gonna continue fighting but not for the UFC, of course,” he says. “Maybe down in Texas for Legacy (Fighting Championship) or something similar like that. Supposedly there’s a rumor going around that that’s my next step.”

In a recent Fightland article, the 27-year-old grappler and The Ultimate Fighter 7 contestant questioned why fighters are allowed to undergo testosterone-replacement therapy — undoubtedly a performance-booster — yet can't smoke weed even if they have a medicinal permit. Riddle, who uses doctor-prescribed marijuana to help with anxiety and insomnia, was convinced his three-week abstinence would be plenty of time to flush all traces of THC and cannabis metabolites out of his system. He concedes that may not have been enough time but believes his departure has more to do with the way he fights than what he may or may not have in his blood when he fights.

“You look at Dave Herman, who’s lost his last three fights with the UFC, he’s failed two drug tests for marijuana and he doesn’t have a medical license, and he’s still in the UFC,” Riddle says. “He stood in the pocket and got knocked out by people, so it’s more exciting. ... I think if I would have gone out there and boxed Che Mills, stood in the center of the Octagon and swung for the fences, regardless of the outcome, even if I won, even if I lost, I think they would have kept me.”

Even if he is invited back, Riddle says he would probably decline the opportunity to fight again for the only promotion he's ever worked for. Still, he doesn't completely rule out the possibility of coming back. Just almost completely.

“I can make decent money fighting in the UFC, and I can make decent money outside of the UFC,” he says. “It’s not that big of a deal. I probably wouldn’t fight for the UFC again. Not that I dislike the people I worked with. I like the people that are actually hands-on in the UFC. But I’m not really trying to work for them again. I think I’m going to be very happy on the regional circuit. I think I’m going to win a lot of fights in the next couple years."

Riddle has had offers from regional promotions in South Carolina and Alaska, where there are no athletic commissions and no drug testing. Yet despite the hassles of having to pass a test, he wants to fight under a commission so those victories he anticipates count on his professional record.  He'll just take a longer break from pot next time — say, five weeks — just to be sure.