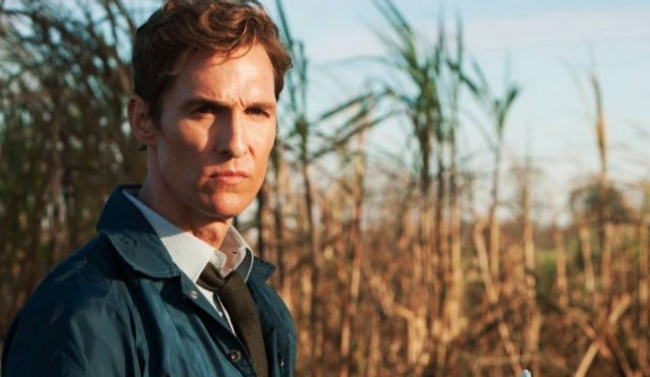 Matthew McConaughey is a man of many talents. He’s an Academy Award-winning actor, a bizarrely philosophical car salesman, a catchphrase creator, a naked bongo player, and his own hero. He was also, for one shining night in Ireland in 2001, a cornerman for the boxer Jim “The Pink Panther” Rock.

We have Disney to thank for this moderately strange moment in McConaughey’s prodigious list of triumphs and misadventures. While the actor and fitness buff has included a boxing technique or two in his famed exercise routines over the years (take a look at one of the many, many articles on the subject floating around the internet and you’ll see shadowboxing crop from time to time), but it wasn’t until he signed on to star in The Mouse’s big budget dragon epic, Reign of Fire that he took up some more serious striking training.

To prepare for his role as Denton Van Zan, a dragon slayer who kind of looks like UFC fighter Keith Jardine, McConaughey moved to Ireland and began working with a personal trainer there. While he was working out at the gym, the actor met a middleweight boxer named Jim Rock, and the two men became fast friends. The pugilist showed the star some moves, and even stepped into the ring to spar with him a couple of times. McConaughey was so taken with the experience that Rock promised to get him as close to the action as possible at his next fight. Rock also extended the invitation to another newfound famous friends of his, Keith Duffy from the boy-band Boyzone.

And so on April 20, 2001, McConaughey and his Reign of Fire co-star, Christian Bale, arrived at the Burlington Hotel in Dublin to watch Jim Rock take on Jason Collins. McConaughey left Batman in the stands with their personal trainer and headed backstage where he donned a trademark Pink Panther T-shirt and officially joined the boxer’s corner. There are no reports that the actor shouted “alright, alright, alright” at his fighter while he pummeled his opponent, but we like to believe that he did. Even if McConaughey didn’t shout his trademark phrase in the heat of coaching, his presence and towel-handling were clearly effective, because Rock walked away with the victory.

McConaughey has, at best, only dabbled with boxing since then, but he did briefly try his hand at MMA training in 2008. That was when he signed on to play a bar brawler in a new project called The Grackle. “It’s really a balls-out comedy about a bar fighter for hire, a really, really broad wild-ass comedy,” the actor told About Entertainment at the time. When asked if he’d be playing the tough guy in question, he confirmed by McConaughey-ing:  “Oh I’m the Grackle, I am the Grackle. Aces high.” 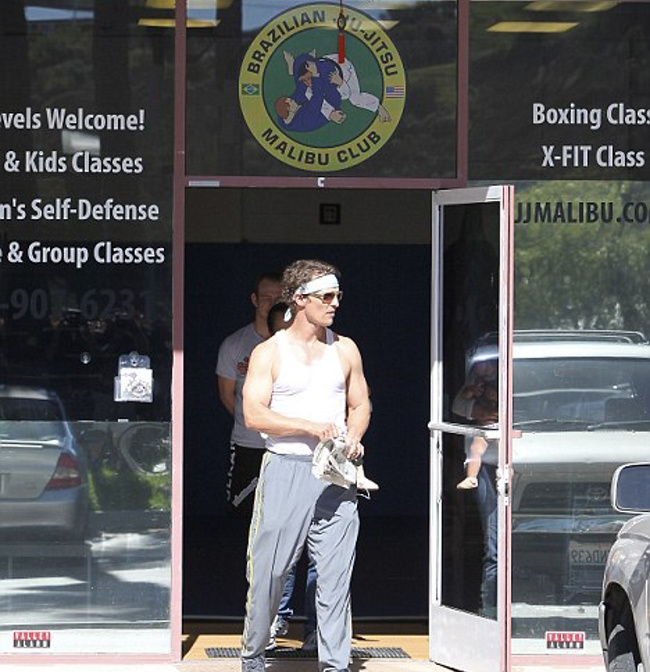 Not long after that, though, the star was spotted walking around with bandages on his face. His spokesperson confirmed that McConaughey had suffered a Grackle prep-related injury that required stitches. “Matthew was doing training, based on the principles of the Ultimate Fighting Championships, when he suffered a cut face which required medical treatments and stitches,” the rep as said.

The Grackle was put on hold after that, although the actor was photographed taking his daughter to BJJ classes in 2010. McConaughey told Esquire that he was still working on it in a 2011 profile, saying “[My character is] A street fighter from New Orleans. Very tough guy. He rights wrongs, defends the weak, he’ll give anybody a beat-down for 250 bucks. Then he’ll go get stitched up in his tightie-whities. Whether he’s all beat to shit or its’ just one little cut on his chin, the Grackle’s in his underwear. He loves the doctor. He don’t feel a think. No pain. She’s a girl, the doctor.”

The Grackle is still categorized as “in development” on the IMDB.