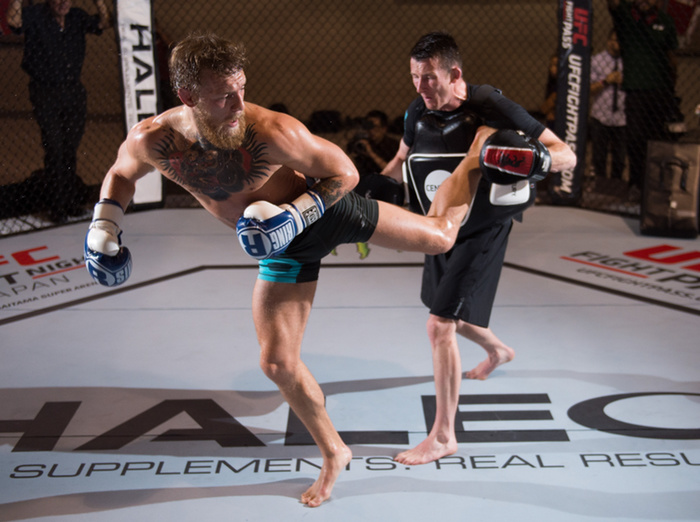 In comparison to Jose Aldo’s withdrawal from UFC 189, there have been little or no complaints from Conor McGregor’s Green Army ahead of UFC 196 where ‘The Notorious’ will face Nate Diaz instead of his initial opponent, lightweight champion Rafael Dos Anjos.

Despite McGregor’s chances of making history being obscured by the Brazilian’s pull out, fans around the world are chomping at the bit for this Saturday night’s clash between McGregor and Diaz, in what promises to be one of the most entertaining UFC pairings of all time.

Speaking to the man who has to prepare McGregor for the Stockton Slap, the Irishman’s SBG striking coach, Owen Roddy, is confident that there are “a lot of techniques” available to the Dubliner when he faces off against the outspoken Californian.

“He loves the jab, straight combo and he’s got a lot of range,” said ‘Rowdy’ Owen Roddy of Diaz. “He’s all jab, cross, pull, jab, cross. It’s a very simple strategy, but he’s very good at drawing people into that fight and it’s his range that forces a lot of people to fight his fight.

“When I look at Diaz’s style, I think there are a lot of techniques that are available in Conor’s arsenal that could be really effective against him. There are a few particular shots that I think are going to work and I’m sure Conor already has his shots picked out that he thinks are going to work.

“I’m just in the airport now getting ready to go over to Vegas, and I’m sure that when I ask Conor what shots he can see working, a lot of the ones he’s thinking about are the same as the ones I’m thinking about. We’ll put those shots on to the pads and find the best way to work them.” 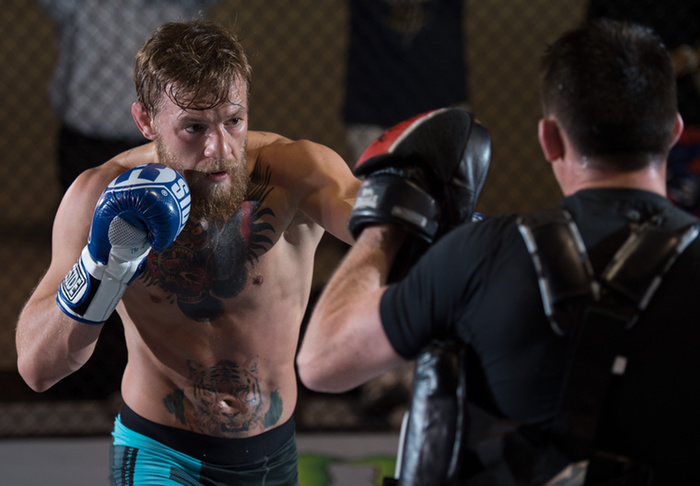 Given the length of Diaz, Roddy believes that McGregor could launch an assault to the body of the Brazilian jiu jitsu black belt. According to Roddy, the jab, straight combination as well as Diaz’s habit of leaning back will make his abdominal region an “easy target” for the featherweight champion who will jump two weight divisions to meet the Cesar Gracie proponent.

“Diaz is definitely open to body shots,” assured the former Irish featherweight champion. “ A lot of those tall, rangy guys usually are open to them kinds of attacks. Again, with the one, two, pull we see from Diaz, he often does that when he’s leaning back, and that will leave him open to a lot of body shots.

“He moves his head back but his body doesn’t go anywhere. Conor’s left straight to the body is going to be really nice for him if he can find them gaps. But, again, any shots to the body should be very useful when you think of how tall Nate stands. It’s an easy target.”

With both Nick and Nate Diaz, we have seen opponents crumble under their aggressive style, which they punctuate with insults and general verbal abuse as they go about their business in the Octagon.

Based on what the world saw at the event’s press conference last week, there is no doubt in Roddy’s mind that the prospect of some verbal combat as they fight “has (McGregor) more excited for this fight than anything else”.

“Conor is buzzing about having that kind of fight with him. It actually has him more excited for this fight than anything else. He wants to have that little bit of back and forth with Nate, and we could see that from the press conference. Conor was enjoying that trash talk, although Nate didn’t say much.

“I was expecting a lot more from Nate during that press conference, but he just kept cursing. There were plenty of ‘I don’t give a fuck’, but I dunno, maybe it’s just me, but I was expecting something a lot better than that.

“Conor loves this. He enjoys giving people a bit of shit when he’s fighting, and if people come back with shit, Conor just kind of laughs it off. He doesn’t take any of that stuff too seriously. I really doubt that Nate’s talking in the Octagon will effect Conor in any way.”

While moving up two weight divisions seems dramatic even with McGregor’s outstanding circumstances with the Dos Anjos pull out, Roddy sees no real danger in his teammate facing off with bigger opponents based on the size of his training partners. Roddy assured that although he thinks it will be hard for Diaz to land, if he does make a solid connection, McGregor’s “granite chin” will be more than enough to keep him in the fight.

“He might land on Conor, but Conor spars with middleweights and welterweights all the time. All of his sparring partners are that weight. It’s one thing being heavy and hitting hard, but you have to land and I think he will find it hard. Even if does manage to pull it off, Conor’s got a granite chin. He should be fine.”