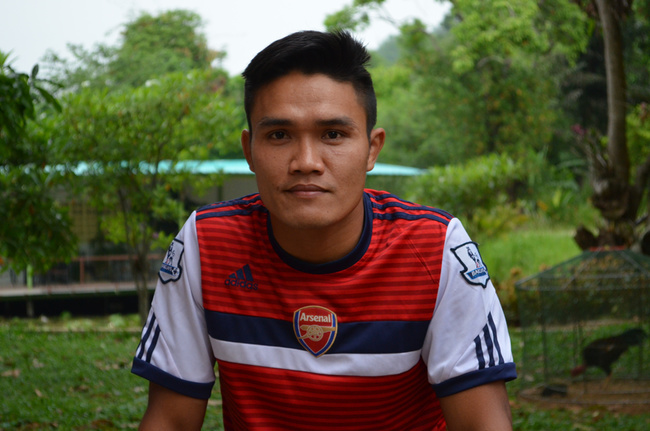 Kem Muaythai Gym is hidden high in the Khao Yai mountains, and even with GPS, it had been challenging to find. With so many twists, turns, and unmarked mountain roads, we weren't confident of our route until we'd rounded the last bend and the punching bags came into view.

It's rare to find a gym open to foreign fighters that's located so far from a city or beach in Thailand. The surrounding mountains give the training a whole different flavor: a certain calm, a focus, or as owner and namesake Kem Sitsongpeenong says, "a meditative journey." 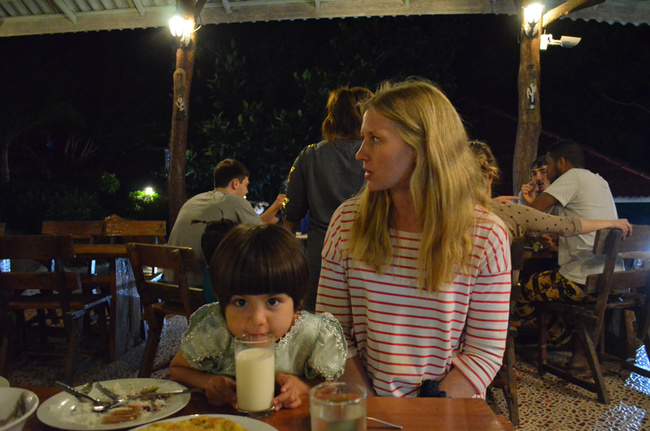 My friend Frances, a Canadian woman who recently opened a gym in Isaan with her Thai husband Boom, parked her car in the grassy field and we piled out. Frances shivered and asked to wear my jacket. "I'm not used to this temperature," she said. "It's way colder here than in Isaan. Kind of makes me miss Canada though."

Afternoon session was already halfway over. Kem was supervising. A couple Thai boys were doing drills on the bags while the large and imposing Thai fighter Berneung (formerly Berneung Topkingboxing) was wandering around looking tough. Well-known Italian fighter Mathias Gallo Cassarino was hitting pads in the ring with Kru Laem, a trainer Kem had worked with in previous years at Sitsongpeenong.

"Hey Lindsey," Mathias called from the ring during a round break. "You found the gym!" 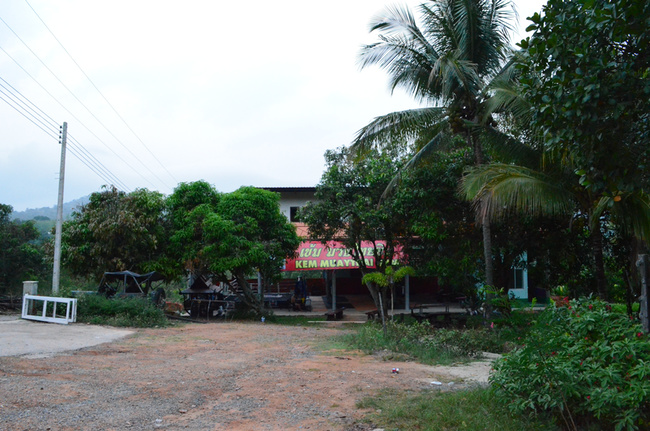 Mathias, who had given us the address and simple directions, was used to people getting lost on the way here. The road up the mountain was steep and twisting, some sections wide enough for only one car. Frances and I had ample opportunity to practice our Thai reading skills, as nearly all the signs were in Thai. We passed through resort after resort, some big but mostly small, but few of them exhibited much life or activity. Just winding roads through wide mountains, some scattered villages, and the occasional cattle grazing.

After training, Kem's wife Mo showed us around. Built on Mo's family's property on Khao Yai Thiang, Kem Muaythai Gym has been open only a short while, since the latter half of 2014. Mo took us around the pond, the topiary garden, and up to the communal dining area by way of uneven stairs, attractive in their imperfections. Frances held her five-year-old daughter Parvati's hand as she ascended the stairs. They were steep and scary for Parvati, but Kem's children were used to it. The kids came running through, taking the stairs fearlessly. 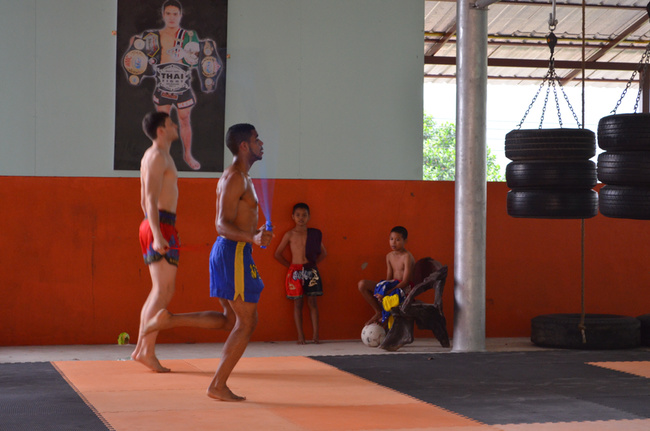 The decision to open a training camp here in the Khao Yai mountains was made jointly by Kem and Mo. He wanted to build a gym but not in Bangkok, so she suggested Khao Yai. Until Kem's gym opened last year, most of the visitors to the property were middle-class Thais from Bangkok looking to escape the stressors of city life. Now that the gym is open, the majority of the residents on any given day are nak muay, both foreign and Thai. On the weekends, though, Bangkok escapees still show up.

Mo took us too our rooms. The cabins were built six or seven years ago for the resort, across the compound from the new gym and its attached fighters' rooms. Everywhere we went in the compound, rich green mountain views unfolded before us.

As the sun went down, we all convened in the rustically stylish dining area, took seats together at the long wooden tables. Five European fighters sat together and passed around the food, family-style. Kem, Bernueng, Mathias, Kru Laem, and other Thai trainers and fighters sat at the adjacent table, laughing and talking in Thai. 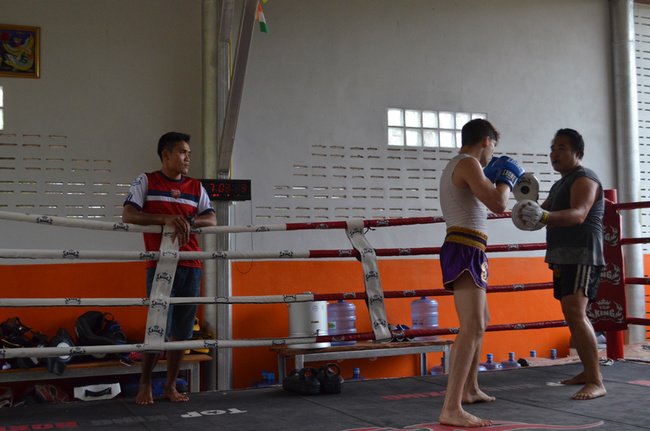 Over dinner, Kem told me a bit about his experiences operating a gym far from city life. "Running a gym in the mountains is very different than running a gym anywhere else," he said. "Most other gyms that are open to foreigners are located near a beach or in Bangkok. Since we're isolated, we want people who have a positive attitude and are disciplined in their training."

Seeing as it's so far from airports and other major transportation hubs, people who come to Kem Muaythai Gym need a base level of dedication just to get to the gym in the first place. This camp doesn't get walk-ins, not like the more easily accessible gyms in Bangkok, Phuket, or Chiang Mai. Intrepid foreign nak muay book their stay in advance, then fly into Bangkok and either find their own transportation all the way here, or arrange a pick-up service with the gym.

So far, most foreign fighters tend to stay a month or two. "I think part of the reason they come out here to train in the mountains because they're on a meditative journey and they want that kind of spiritual experience," Kem speculated, then added that they may also come to train with him because of his fighting style, or even just his international fame as a fighter. 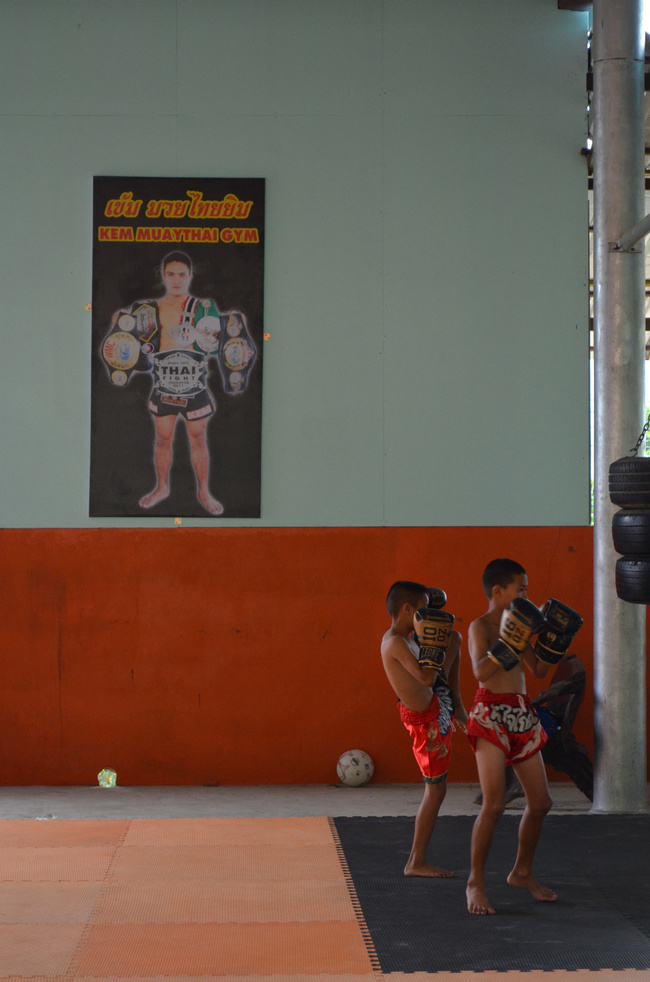 Kem's fighting style is a big reason Italian fighter Mathias Gallo Cassarino comes to train here, despite it being a far trek from his own gym, 7 Muay Thai, out by the beach in Rayong. "Kem is one of my favorite fighters," he said. "I want to learn as much from him as I can. I like his clean way of fighting, technical and powerful at the same time, always composed and never out of balance."

Mathias, who knows Kem from their years training together at Sitsongpeenong in Bangkok, is also here to work with his old trainer, Kru Laem, who left Sitsongpeenong to work with Kem when he opened this gym. And then, of course, there are the resident Thai fighters who live here full-time. Like many serious gyms that offer training not just to foreigners on holiday, Kem Muaythai Gym houses a stable of active Thai fighters. One of their heavier fighters, Berneung, is a draw particularly for larger foreigners looking to train with a big Thai.

Kem's wife Mo came to check on us at the end of dinner. She asked about our travels and if we needed anything for our stay. She was the kind of all-around attentive hostess you'd expect to be running an aesthetically pleasing gym in the mountains. Kem was polite and professional, though quiet and reserved. Mo's personality was complimentary—she was friendly, warm, and accommodating. They made a good team. No wonder operations at the gym, both the training and living aspects, seemed to run so smoothly.

According to Kem, another thing that helps the gym run smoothly is its location. Training in a mountainous setting free from distractions helps keep his fighters focused. "I structured the training here so that even if our head trainer is gone, everyone can still maintain a schedule," he said. "In a lot of Bangkok gyms, if the head trainer is gone, the fighters will slack off. But here, everyone still trains and stays on track. It's easy to manage people in a place like this."

After dinner, we retired to our cabins behind the dining area, across from the gym. I was kept up half the night by the loud chorus of cats or other assorted woodland creatures chasing each other on the roof, which might sound cute and woodsy, but was not cute at all, not while I was being startled awake every 20 minutes until the animals finally resigned from their antics around 2am.

But despite my restless night, when dawn came, I still felt pretty good. I woke up naturally at 6am with the buzzing energy that seeps in whenever you leave the city and sleep saturated in cool mountain air. Outside our room was a sprawling vista, morning mist stretched out across rolling hills. Everything about Khao Yai is different from Bangkok: no pollution, no traffic, no sounds of city life. It's different from Frances's corner of the Isaan countryside too, where we'd been just the day before—no smoke or haze from burning farmland, no pervasive dust of agriculture. 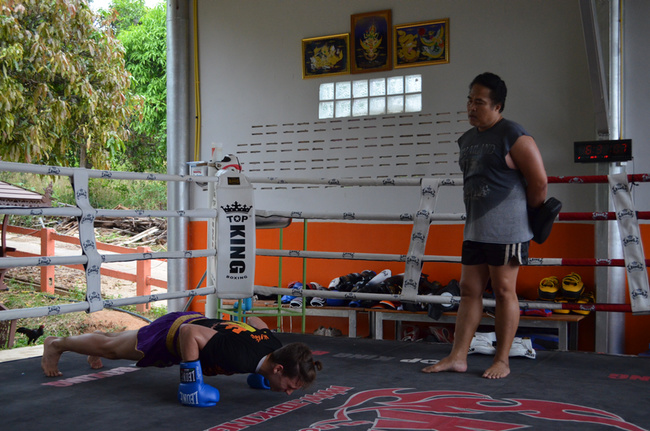 The fighters set out to run the surrounding hills shortly after dawn. I've always been partial to hill running, largely because of the extra uphill resistance that helps shape both a fine heart and a fine derrière. Most Thai gyms I've visited have been located on flat land, so it's always a welcome challenge to train at a gym on or near hills. I hadn't been at a gym with access to incline training since last year at Singpatong Gym in the modest hills of Phuket. For those who like to enjoy picturesque mountain views while incline training for resistance, Khao Yai is definitely the place to go.

Training in the mountains is not for everyone, though. The isolated location probably wouldn't work long-term for those who thrive on outside stimulation, as there isn't a whole lot to do within walking distance. Kem and Mo try to mitigate the isolation by arranging the occasional excursions to the local temple and waterfalls. There is, of course, abundant hiking available at any time. 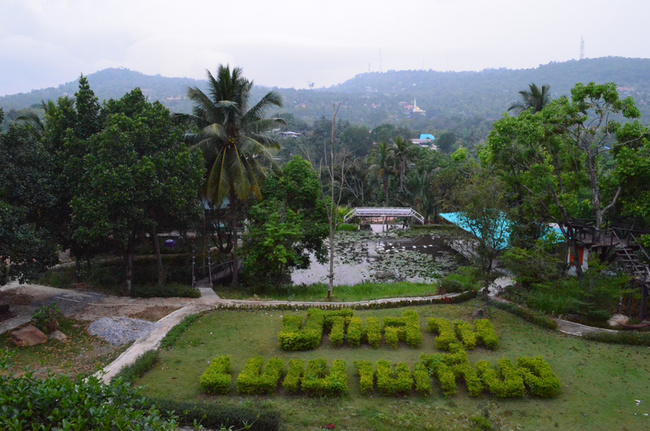 Still, it's remote. Food, gas, and other amenities have to be trucked in; you can't just wander down to the local night markets or 7-11, because they don't exist around here. No bars or movie theaters or beaches nearby either. Instead, mountains. Small-town feel. Wilderness.

For me, there's something very comforting about a camp far from city life or beaches overrun with tourists. Training in a place like Kem Muaythai Gym, nestled atop a green mountain far from any major cities, is like a Muay Thai retreat. You can focus totally on your training in a place like this, a clean environment with other equally devoted Thai and foreign fighters, all within view of stunning panoramas. Like Kem said, a spiritual experience.

The Dangerous Life of a Muay Thai Editor