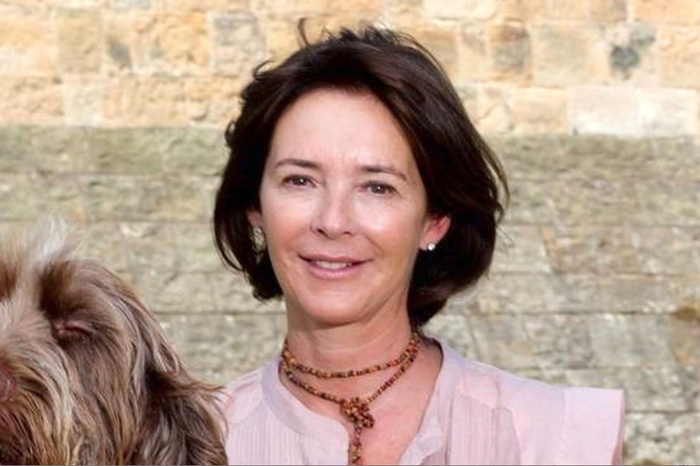 Forget Quidditch. The official sport of the real life Hogwarts these days is none other than mixed martial arts.

According to a recent report from the UK paper The Mirror, Duchess of Northumberland Jane Percy, who is in charge of Alnwick Castle, which appeared as the legendary wizard school in the Harry Potter films, is a big fan and vocal supporter of the sport. In addition to being on hand to present medals to the finalists of the 2015 IMMAF European Championships of Amateur MMA at the closing ceremony on November 22 at the Walsall Sports Centre in the Midlands, she also hosts fights on the luscious grounds of her ancestral home. And when she isn’t busy patronizing the mixed martial arts, Lady Jane Percy can be found working on her own practice as a devoted student of both kickboxing and the Filipino double-stick art of Kali.

Lady Jane’s path to cage fight-loving royalty has been almost as strange and fascinating as her current life, which basically sounds like Anastasia DeCobray- meets- Professor X with a touch of Cold Comfort Farm-esque British eccentricity. Born in 1958 in Edinburgh to a stockbroker and a gardener, Isobel Jane Miller Richards met Ralph Percy, the second son of a Duke, when they were teenagers. Five years later, they married and moved to a smaller property on Alnwick grounds in Northumberland. When her brother-in-law, Harry, the 11th Duke, died suddenly as the result of a heart attack brought on by an amphetamine overdose in 1995, her husband inherited his title and the couple moved into the castle proper.

At first, Percy was bored with Duchess life, but then her husband suggested that she renovate the castle’s extensive gardens. Both Percy and the gardens flourished, although not necessarily in the way that the old guard appreciated.

“The garden today is less English stately home, more Disney bling, including myriad water and lighting effects, the largest treehouse in the world, a glass pavilion for wedding hire, and a Poison Garden, which, with the permission of the Home Office, contains cannabis, opium poppies and catha edulis, know to clubbers as miaow miaow,” reporter Iain Hollingshead wrote in a profile on the Duchess for The Telegraph in 2011. 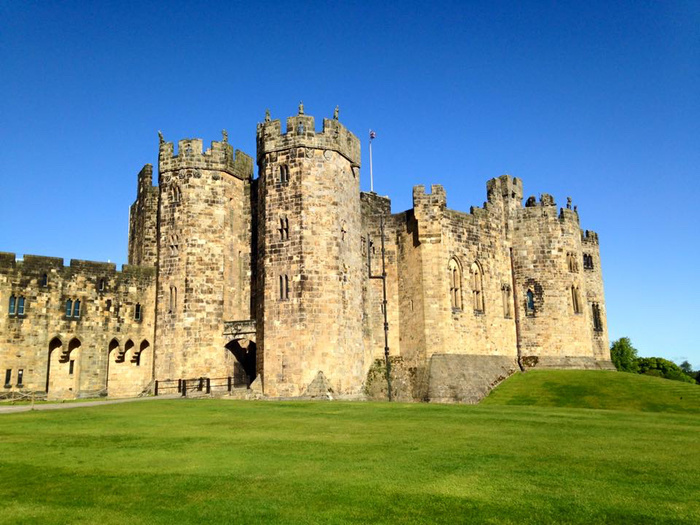 When her kickboxing instructor told her that he couldn’t find a venue for a local MMA show because people were worried that the even might inspire violence, it gave her an idea. Believing that the Alnwick gardens should appeal to everyone in the community, Percy decided that MMA would be an excellent way to reach out to young men.

“I’d have failed here if this was just a garden for garden-lovers,” she told The Telegraph. “My job is to provide a venue for people who want to do all kings of things. And this is for 16- to 30-year old men who wouldn’t normally come to a garden. You’ve got a community on your doorstep who don’t have enough to do on a Thursday, Friday, or Saturday night. They’re crying out for things like this. I want to blow people away, to take them out of their everyday life, to come in here and think, ‘Shit, that’s unbelievable.’”

Lady Jane Percy has been earning her fair share of “Shit, that’s unbelievables” ever since, hosting a number of cage fighting events since the late aughts and talking up the benefits of martial arts education in the local and international press.

“I really enjoy kickboxing because it’s a great way to relieve stress and keep fit,” she told the Chronicle Live in 2009, just over a month before an event called Battle Amongst the Blossom MMA and Kickboxing Fight Night took place around the garden’s extensive cherry blossoms. “What I hate about ordinary exercise is that I’m always watching the clock. But if I’m doing kickboxing or using the sticks you have to really concentrate or you get hit. But I also just enjoy it for its own sake. I’d really love to swing a punch and knock someone clean out!”

Her own personal blood lust aside, Lady Jane is careful to point out that MMA is actually  a very carefully controlled and honorable sport. “Have you seen Alex Reid—Jordan’s guy? Well, it’s that,” she explained to The Telegraph, referencing UK tabloid staple Jordan’s former MMA-fighting partner. “Boxing. A bit of kickboxing. All sorts of martial arts but within a cage. You’re not just given a knuckle-duster and told to kill your opponent. There’s an art to it. It’s incredibly disciplined. And that discipline is the same thing you get in the army.”

She expressed a similar sentiment in The Mirror’s story early this week, sans Jordan references. “I am a great supporter of MMA and appreciate how much hard work, self-discipline and dedication each athlete has put into their sport. I wish them all the best of luck.”