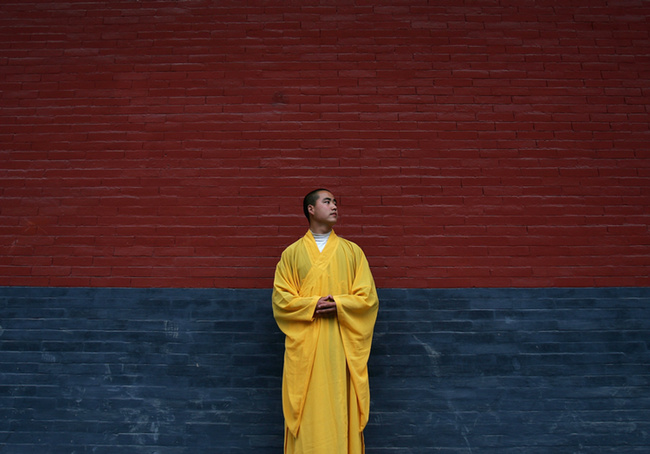 In the first part of this series, we took a look at how the Bubishi was transmitted out of China. In this part, we will take a closer look at some of the wisdom and techniques described within the chapters of the book.

For those just joining in: The Bubishi, karate’s most important text, is a manual for the martial artist that includes basic philosophical precepts, introductions to and analyses of vital acupuncture points and blood canals within the body, a list of herbal remedies for the injured, and a collection of diagrams that help explain specific attacks, defenses, and critical strikes. The book as it is known to the wider world is a collection of 32 essays written in old Chinese, translated into old Okinawan Japanese, copied down over the last 150 years, and more recently translated into English. The English translation I have is Patrick McCarthy’s book, widely considered to be the most thorough out there right now. Check it out here.

The first few chapters in the Bubishi deal mainly with general theory and the Way of the martial artist. Here, and throughout the book, the authors repeatedly state that the true martial artist is a humble, generous person of virtue who chooses non-violence over engagement whenever possible. Only when “forced to fight” should a martial artist resort to the deadly strikes laid out in later chapters. Here are some selections from the first six chapters:

“Developing Inner Strength through the Quan:

Eliminate external distractions and concentrate only upon intention ... Coordinate breathing and synchronize it with the muscular activity. When you extend your arm, exhale and strike, but conserve 50% of your air. Be sure to never expel all of your air at one time. When you inhale, your body becomes light. When you exhale, your body becomes rooted ... Understanding the physical and metaphysical precept of hard and soft, one must learn that it is the even balance between the two that enables one to overcome the greatest adversary of all; oneself ... Immeasurable self-conquests are made possible through a peaceful mind and inner harmony. The strength and resilience gained from quanfa  training fosters an inner force which can overcome any opponent and conquer worldly delusion and misery.” 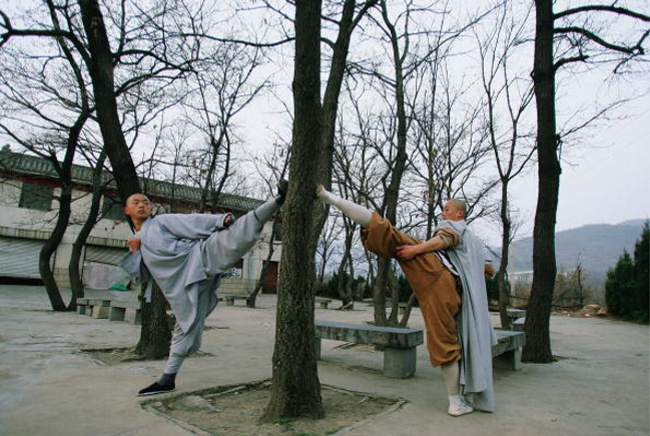 For the Chinese martial artists, both then and now, spiritual enlightenment was always the true goal. The old books and masters spent a lot of time discussing correct behavior and cultivating the ideal traits of the classic gentlemen. Most martial artists in pre-modern China were religious, usually either Buddhist or Taoist, and often a combination of both with some Confucian virtuous thought sprinkled over the mix. To this day, most serious traditional martial artists in East Asia prefer to focus more on metaphysical goals rather than actual hand-to-hand combat.

Some more selected quotes, these attributed to Wang Foudeng, a White Crane disciple:

“Let anger be your enemy ... Delay is the best remedy for anger ... The barriers to human achievement lie only in the mind... Despair is the conclusion of fools.”

Wang goes on to give advice to teachers on how to keep young male students from straying over to the dark side, on motivating lazy students, and how to help identify and fix character flaws. The overall theme is that practicing how to punch someone is just one method towards breaking free from worldly delusion and living a happy productive life.

Traditional martial artists in China are expected to be doctors as well. Communities will often visit the kung fu dojo not just to get errant sons and daughters some discipline, but also to get remedies for a wide variety of ailments. Chinese, especially older Chinese, are constantly visiting the TCM clinic (and now hospitals) to get something or other looked at. There was once a time when the martial artist was the center of this very active community of health conscious people, and this reality is reflected in the pages of the Bubishi, where health is a major component of martial training. Six of the 32 chapters are devoted to Chinese medicine and herbal pharmacology. McCarthy quotes a famous book on acupuncture points and meridians, The Shaolin Bronze Man Book, to drive home the point:

Those principles are exceedingly complicated and esoteric. Most complicated of all are those that deal with meridians, acupuncture points, blood canals, and the relationship between blood circulation, the movements of heavenly bodies and qi. According to traditional Chinese medicine, the body is lined with channels from head to toe, each dealing with a particular organ or bodily function - called meridians. These meridians are like constellations in that the channels go from vital point to vital point along the body. These vital points “open and close” at certain times of the day as blood circulates through the body. The meridian system of acupuncture points is divided into primary and collateral channels, then further by Yin and Yang principles, and then further according to relationships with certain organs, ailments, and conditions, and then even further by time of the day, open and closed, etc, etc.

This medical system goes back at least 2,000 years and draws deeply upon that most mysterious of ancient Chinese tomes, the Yi Jing, as well as centuries of tinkering and experimentation by very serious, deep thinking doctors. TCM is without question alien to modern Western conceptions of medicine, but if you want to get an idea of how the two major medical systems interact and compare with each other, grab a copy of The Expressiveness of the Body and the Divergence of Greek and Chinese Medicine, by Shigehisa Kuriyama. 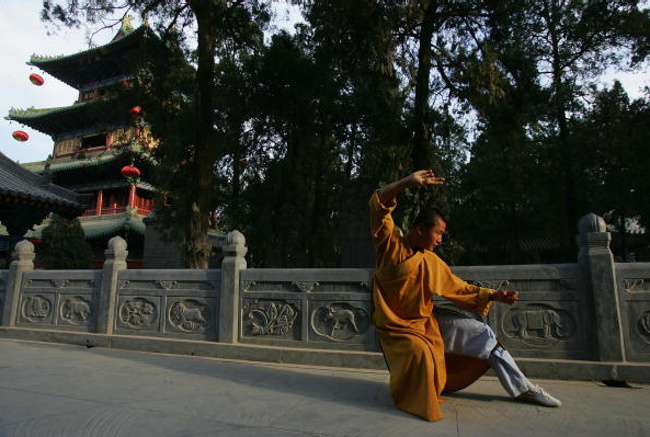 The Bubishi has diagrams of the meridian system, with vague, metaphor-rich names for the points and channels. For the first Okinawan masters who read this, it must have been exciting and daunting at the same time:

What happens when I press the Brain House point in the time of the Rat? Why is the point on my thigh called the City of Wind? Is there some deep meaning in the description of the point on the outside of my ankle as the Vessel of the Hour of Shen? Why is 5am - 7am associated with Rabbits, throats and the carotid??

What the fuck does this all mean?!

The herbal pharmacology is no less complicated, and no better explained. There are herbal recipes in the Bubishi for all manner of sickness - upset tummies to wounds form an iron sword. But in typical Chinese fashion, the herbs are referred to by their colloquial names, which change from region to region, and there is little in the way of useful measurements (“decoct the herbs in water until the bowl is only 8/10 full”). It’s clear that the articles on medicine are incomplete, copied down by people who shook their heads in wonder at some of this stuff, and were written by people who assumed that the reader knew as much or even more than they did about herbs and potions.

But still, with all due respect to two millennia of herbal pharmacology and the bible of karate, it’s hard to take something seriously when a major ingredient for some of these potions is a vial of virgin boy piss. In a side note, I spoke with a piss collector at the Shaolin temple about the medicinal qualities of young boy piss. This guy was wearing overalls and yellow gloves, and driving a big truck filled with blue buckets sloshing all over the place. This was less than a year ago, so yes, making pills out of boy piss is still a thing.

We both smirked, shrugged, and he went back to making his rent.

Herbs must be chopped into small rough pieces and soaked in five kilograms of sesame seed oil. Note that the herbs should be soaked for three days during spring weather, six days during summer weather, seven days during autumn weather, and ten days during winter weather. Decoct in rice wine until herbs turn black. Strain through a linen fabric to clean off unnecessary residue. Do not decoct or treat herbs again until you add two kilograms of minimum. Stir continuously with the branch of a willow tree while decocting over a strong flame until the solution turns into a thick paste. To get the maximum potency from medicinal herbs it is important to understand the different times required to properly decoct plants, flowers, leaves, stalks, roots, minerals, etc. The effectiveness of each ingredient depends entirely upon the length of time you have decocted it. For example, an ingredient that is decocted for too long may have a reverse effect upon its user.”

Indeed. But on the other hand, I was poisoned in a Chinese club by fake champagne once, and if you have ever had your kidneys assaulted by toxic juice before, you know the agony I went through. Several days of constant body pain, fatigue, nausea, headaches. It was bad. I went to the TCM doctor and she gave me a diuretic/purgative potion made up of 22 different herbs, decocted over a strong flame, and ingested at regular intervals. I pissed hot fire and was cured. I even felt better than before the poisoning. That’s not my only story of effective TCM remedies, so despite the hilarious language, I am certain that Chinese herbal pharmacology can be very effective. 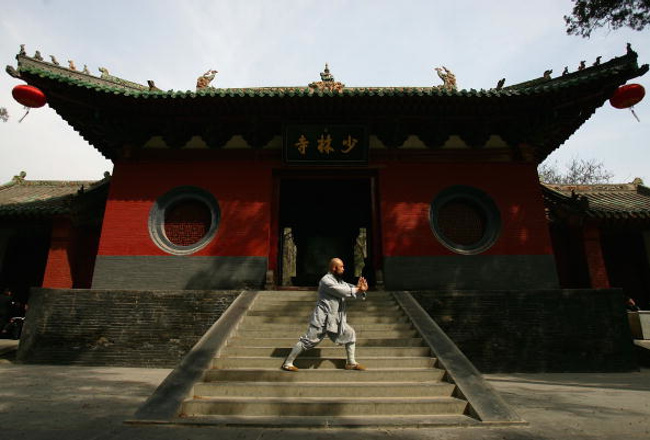 The last third of McCarthy’s translation deals with actual hand-to-hand combat techniques. Several of the movements, or kata, are described with the same metaphorical language used throughout for the herbs and meridians, but there are also very blunt explanations that proved easier to understand and provided the foundation for modern karate.

Monk Fist Boxing, for example, has four kata in the Bubishi and all use movements such as “Carrying a Shield,” “Three-Legged Frog,” “Casting a Net,” and “Shaggy Tiger’s Head”. But then the descriptions of Nepai Fist are more “Grab, Step in, Pull, and Right back Knuckle” or “Pivot to the Left, Inside Middle Block, and Single Knuckle Thrust.”

Imagine groups of masters, maybe two generations removed from the original Fujian exiles who copied the articles from even earlier texts, gathered around scraps of old parchment, calling out moves, scratching their heads and slowly figuring it out. And figure it out they did. Karate is legit, and this book of legends and myths, diagrams and strikes is the style’s genesis.

There are two to three chapters on grappling and qin na the Chinese grappling and pressure point-based wrestling style that may have (most likely did) influence jujitsu, and several lists of Do’s and Don’ts (“If someone seizes your clothing, strike him with your knee” and “There is a degree of danger to oneself and in particular to the genitals when kicking high. Be careful not to lean too far forward or too far backward and protect your genitals at all times”) before we get to the deadly Six Ji Hands of the Shaolin Style. The stuff movies are made of.

The Iron Bone Hand. The Blood Pool Hand. The One Blade of Grass Hand.

After brief descriptions of the training required to develop these hands, and the vital points that, when struck with an Iron Bone Hand for example, “lead to death within 24 hours,” come the diagrams that form the core of Eastern martial arts as we know them in the West. Dozens of pictures of “Winning techniques and Losing Techniques” squaring off, drawings of specific training regimens and postures. A treasure house of ancient Chinese martial arts that, more than the meridians and the herbs and the sexy death strikes, revolutionized hand-to-hand combat across the world.

If you too, would walk the Way and become a martial artist pursuing enlightenment through arduous training, then pick up a copy of the Bubishi, print out the diagrams and paste them along the bare white walls of your unfurnished, unfurnaced studio, and do what needs to be done.