Mickey Rourke's Opponent Admits to Taking a Dive in Moscow 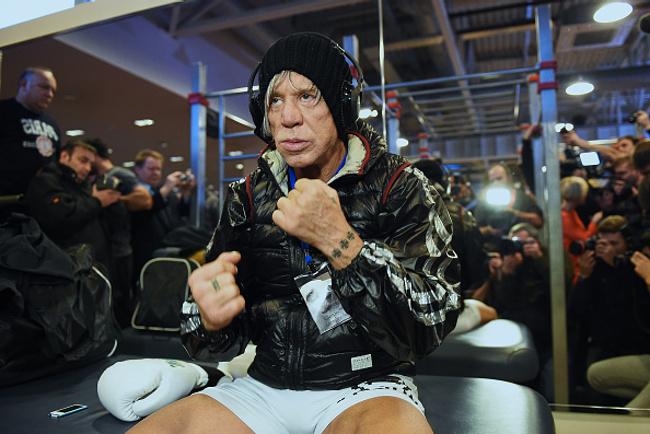 A couple of weeks ago in Russia, iconic actor and newly reinvigorated professional boxer Mickey “Marielito” Rourke won his first boxing match in decades over 29-year-old Elliott Seymour, whose professional record is now a single win, and ten losses. Rourke knocked him out in the second of the five scheduled rounds, and came out without a mark on his body.

That Mickey Rourke would be in a professional boxing match isn’t strange. In fact, Mickey’s career as a boxer predates his career as an actor. Rourke allegedly had a prolific amateur career in which he amassed between 20 and 27 fights—17 by way of knockout—and between three and six losses. He retired in 1973 to pursue a career in acting, after having played a role in a local play and suffering one too many concussions. He would not return to the sweet science until this past November.

In what was a bizarre and sluggish encounter, the spirit of the night was more of spectacle than of a valiant combat. Rourke taunted Seymour early in the fight, and rested on the ropes before he connected a big blow to Seymour’s rib cage. Seymour fell to the ground following the strike and Rourke walked around, showing himself to the crowds. Seymour eventually got up before the count was up, but another blow from Rourke delivered him to the mat once more and the fight was over. The victorious Rourke is supposed to appear in four more fights in Russia.

After seeing this fight, the world suspected there might be some foul play afoot, however there was no evidence of that matter. The fight only looked funky. Since the night of the fight and all of the speculation that it engineered, no one has said anything about the legitimacy of the fight until now.

Speaking to TMZ Sports, Seymour said a deal had been struck in which he would go down from a body shot in the second round of the fight and be compensated $15,000 dollars for said dive. He was to receive $10,000 dollars up front, and $5,000 upon his return to the United States. Further details of the deal revealed that Seymour was not to hit Marielito Rourke in the face, and that Rourke was not aware of these plans. Rourke’s camp allegedly still owes Seymour $5,000, and Seymour is willing to take a rematch.

We have to wait and see if Mickey says anything about this scandal, however his camp denies any of this is truth.