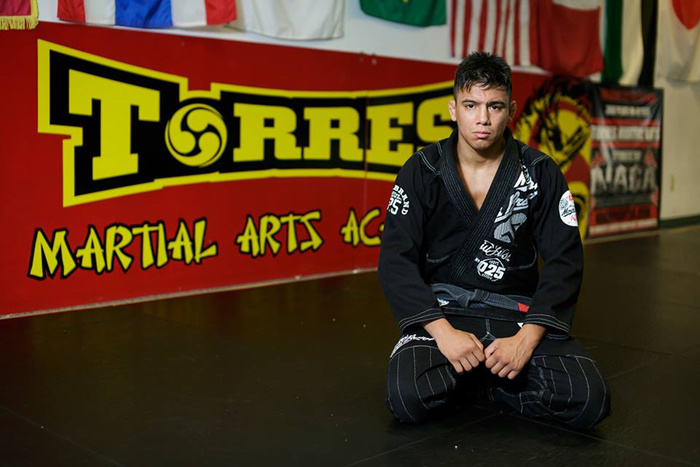 Last night, after 52 fights on the books and countless more in the shadows, after going from near-undefeated WEC bantamweight champion to getting D’Arce choked by a guy without a Wikipedia page, after serving as the living embodiment of the excitement that existed below 155 pounds and slipping just as more people started watching, 36-year-old Miguel Angel Torres announced his retirement.

If you want to feel old, think about this: it’s been nine years since Torres claimed the WEC bantamweight title—becoming the first 135-pound American fighter to truly benefit from the relative novelty of MMA on cable TV—and eight years since he lost it. His backstory came straight from the pioneer days of MMA: fighting for the first time at age 17, he trained out of a rec center and fought unsanctioned bouts in bars and other sketchy settings where "amateur" and "pro" labels don’t apply. His first recorded win was at Finke’s Full Contact Challenge in Highland, Indiana, and the East Chicago native notched 32 more fights in the Midwest—losing just once by decision—before making his WEC debut in 2007. He emerged before a national audience as a finished product, an aggressive and scramble-y submission fighter whose strikes closed the gaps between Gracie jiu-jitsu and MMA, whose self-coached standup was wild, who showed zero concern for getting taken down because he reliably won from his back. He might as well have been a shrunk-down Diaz brother.

MMA’s viewing audience still has a problem with size-ism, but along with Urijah Faber, Torres was among the first to show American audiences what the WEC’s smallest weight classes had to offer: fast, technical fighters who never got tired and who bled and made others bleed just the same as lumbering, blubbery heavyweights. After clamping down on Chase Beebe’s neck to take the belt, Torres defended it three times in brutal and increasingly reckless fashion against Yoshiro Maeda, Manny Tapia, and Takeya Mizugaki. He became a pound-for-pound great who occasionally fought like he had contempt for the gold on his waist: his chin-up, hard-won decision over Mizugaki looked like he was trying to prove a point. At any rate, Torres's fights were some of the best things ever broadcast during a time when the live audience looked like one big all-over-print Xtreme Couture T-shirt.

Beneath his mullet, the scars on his face were outward symptoms of a body that, after a decade of competitive fighting, was slowing down as more viewers tuned in. The brittle hands of Brian Bowles knocked out Torres in the next bout after the Mizugaki fight. Joe Benavidez sliced his head open and choked him out. Torres joined Tristar Gym and rebounded as the UFC swallowed up the WEC, going 2-2 and making a solid case for beating Demetrious Johnson, possibly the greatest MMA fighter of the moment, even as he lost a decision.

Then the UFC cut him briefly for tweeting a context-free (and not remotely funny) sitcom quote that appeared to endorse rape, they cut him for good after getting KO’d by Michael McDonald five years ago tomorrow, and Torres sputtered to 0-2 in the World Series of Fighting. He lost his lone pro kickboxing bout and went 4-2 in his last half-dozen MMA fights, fighting at home in Indiana and in East Asia, and along the way he caught a charge for weed. In September, he finished his career at United Combat League: Havoc in Hammond 3, in the outskirts of Chicago, a few miles from where the record keepers first caught up with Torres's adventures in unarmed combat.

It's not clear if those years of fighting and losing in the wilderness—the predictable slide of a once-great fighter—will define Torres more than the 18 months as the best bantamweight in the world. (It's not clear if the retirement will last either.) But if you ignore the back half, Miguel Torres's story embodies a simpler, sketchier, more sentimental time in mixed martial arts, before regulatory dominoes fell and fighters consolidated into super-camps and everything ended up on paper. It's a story of a scrappy kid from East Chicago with a mullet and a guillotine choke from hell that fought at the margins and coached himself to a championship. Someday soon, those kinds of stories won’t be told anymore.

The Triumphs and Tragedies of Miguel Torres