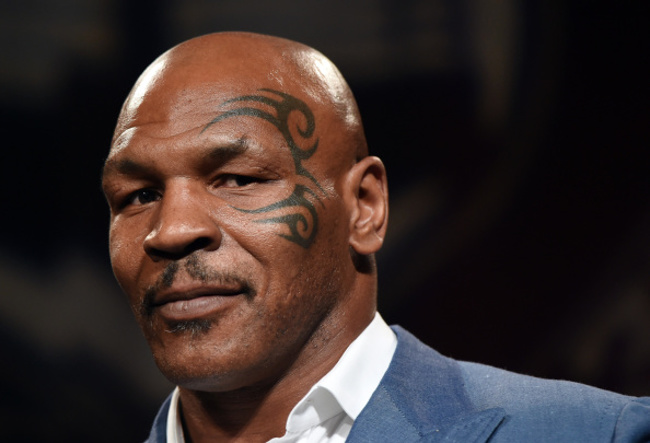 In the lobby of the MGM Grand—where all reasonable and smart things happen—reporters bombarded Mike Tyson yesterday. Interested in his thoughts on tomorrow’s big event, reporters pushed Mike as he avoided picking a winner. Just like Evander Holyfield’s final head-butt that sent the former-heavyweight champion into a tailspin, someone then asked, "What do you think about Floyd talking about being greater than Ali?"

The sports media ran with it, and after sleeping on the incident, Tyson woke up, read the headlines, and remembered he wasn’t a hater.

On Instagram this morning, he posted the following apology:

“An article circulated today, which referenced an incident that happened to me many years ago. It was released without my consent or endorsement. It inferred that I had animosity towards Floyd Mayweather Jr. because of something that happened many years ago. This entire article is speculation and it’s unfortunate that it would be released at all, especially the day before the biggest fight in decades. I have no ill will towards Mayweather and have a great deal of respect for his discipline in and out of the ring. He's proven he is one of the greatest athletes of all time and will go down in history as such. Things got blown out of proportion when I was interviewed the other day about a comment Mayweather made stating he was greater than Ali. I disagree and personally found it insulting because of the love and admiration I have for Muhammad Ali. I thought it was inappropriate to make that kind of reference especially because Ali has done so much, not just in the sport of boxing but for humanity as a whole. In retrospect, I wish I had exercised better discernment in my response because in no way did I want to disrespect Mayweather. The focus should be on the May 2nd bout and the great economic surge this event is generating for the city of Las Vegas. I sincerely wish Floyd Mayweather Jr. and Manny Pacquiao the best of luck on Saturday night’s historical event.”

It's a great look for the boxing great, because like all of us fight-fans, regardless of how you feel about Floyd Mayweather, it's time to celebrate what will potentially be the biggest night in boxing history.

Worse Things Have Happened in the MGM Grand Lobby

Odds and Ends: The Betting Options for Mayweather vs. Pacquiao

Manny Pacquiao and the Bali Nine