Mind the Glap: One Man's Love Affair with the Thai Spinning Elbow 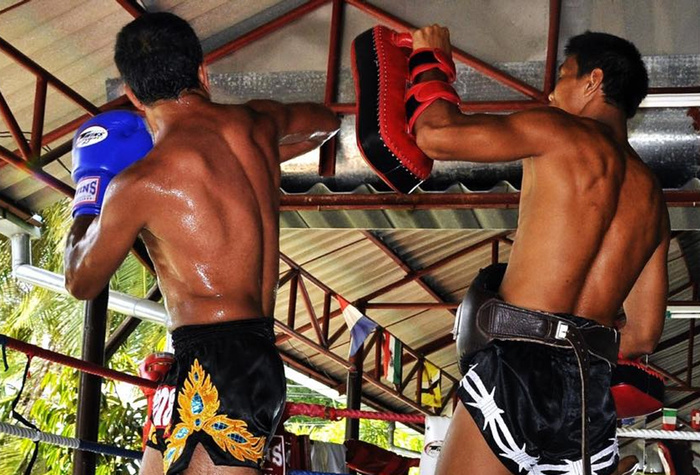 Photo courtesy of the author

"Mind the Gap" is an audio and visual warning on the London Underground subway system urging passengers to be cautious when crossing the horizontal spatial gap between train doors and the station platform. The gaps at some stations on “the Tube,” the ones with "sharply curved platforms," are an historic safety hazard for commuters and unwary tourists travelling on the London Underground.

Perhaps they should install a similar audio and visual warning system in the arenas of the fighting world. What might this caution be…"Mind the Sok Glap?" Or, to put it in plain English, for every knuckle-headed fighter out there to understand, "Mind the Spinning Elbows!”

The sharp-hinged joint, especially when spun, is a routine safety hazard in the brutal rings of Bangkok and barbed wire cages of Las Vegas. Getting hit with a sok glap, a Thai-style spinning elbow, is like getting smacked in the face with your own tombstone. To not put too fine a point on it, this famous Muay Thai technique is a very dangerous weapon indeed.

A recalcitrant kick fighter of the old school—with big dental bills—I like my elbows sharply curved and cooked up Thai style. I’m not alone on this platform. Blurring reverse elbow knockouts electrocute the fans. Not to mention the Thai TV commentators and pundits from Channel 7. They throw their pencils in the air and howl “sok glaaap” the same way that European and Latin American commentators scream “goaaal” during a soccer game.

In a Thai ring or an MMA cage, spinning elbow knockouts are a merciless and brutal coup de grâce. One personal favourite comes courtesy of a visiting tourist to Rajadamnern Stadium, a fighter called Farnam Mirzai. At the time, in 2011, it was said to be the first KO by sok glap in 50 years at the holy stadium. Fight legend or not, it was sheer bloody marvellous to behold and a great result for a foreign kick fighter on Thai turf.

More recently, another nak muay farang (foreign Thai boxer) has made a name for himself with this deadly blow. The U.S. based Peruvian featherweight Gaston “The Dream Killer” Bolanos, who once knocked out an opponent in what was described at the time as “the most brutal spinning back elbow knockout” ever. The bluster of sporting commentators aside, Bolanos is passionate and effusive about his weapon of mass destruction. “I’ve always been doing spinning back elbows. Since I’ve become a pro I’ve been doing them more and been slicker doing them. It’s more safe to throw them.”

However, when it comes to this performing deadly trick of Muay Thai boxing, nobody does it better than a son of the kingdom. One unsung master of this deadly move is Yoddecha Sityodtong. A protégé of the legendary Muay Thai coach Yodtong Senanan, he was a welterweight Lumpinee champion known for vicious head kicks and brutal spinning elbows.

But, hey, let’s be objective and not overlook the rambunctious spinning elbow knockouts of the MMA scene. Those dudes can cook up a mean Thai style number in the dog cage, too. Take Paul “Semtex” Daley’s recent sok glap to flying knee KO of Brennan Ward in the first round at Bellator 170. Sure, he didn’t brain the guy proper with his elbow first time round but at least he had the sporting instincts to follow through with a knee. And not just any old knee: it was a flying through the air with the greatest of ease number. It’s only February 2017 but that must qualify as one of the knockouts of the year. 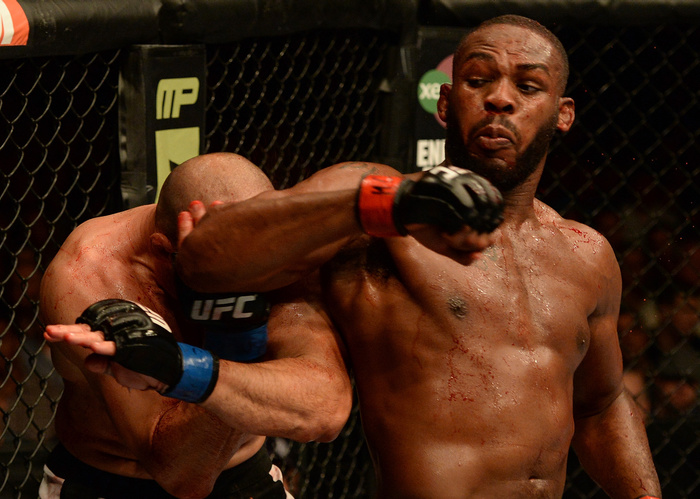 Simple, brutal, effective. But where does the spinning elbow come from? I quit looking for an old video of Yodtong Senanan doing a sok glap on a hapless farang and took a trip to the British Library to (try and) find out more. The first recorded use of a sok glap KO came via a Thai fighter called Poon Sakda in 1921. It wasn’t in a boxing ring. They weren’t even wearing gloves (Thais didn’t start using gloves until 1929) but their fists were wrapped with horsehide strips and rope. And there was no limit on the rounds. Health and safety aside, it didn’t matter what was on Poon Sakda’s hands because he knocked out his opponent, Sin Dilokvilas, with a spinning elbow that left him unconscious for an hour.

So began the legend of the sok glap and its place in the organized sport of Muay Thai. But the KO origins of the spinning elbow stretch back to martial antiquity and the root art of Muay Boran. Not only that, Cambodian schools of boxing have their own claim to the technique, their own versions of the lightning shot. The spinning elbow, the sok glap, might not even be Thai at all.

Thai variant or Cambodian classic, I’m totally and utterly obsessed with the sok glap. For when it comes to owning the sok glap, and its graceful variants, I've got a lot of time to make up for. When I was first Thai boxing in the UK, from 1989 to 1997, the sok glap was kind-of off the syllabus. Bonkers or what? (Or maybe I just missed the classes where they covered spinning elbows…)

That policy changed after a busman’s holiday to Thailand in 1997. I was training at Lanna, a boxing camp on the green fringes of Chang Mai, Thailand's second largest city up in the north of the Kingdom. The coach, a big fan of Liverpool Football Club, noticed my bony edged limbs and immediately got me doing a sok glap on the bag. "Why aren't you doing that? It's crazy!" Blame an impoverished Victorian upbringing in England, I replied. Back then, in the Nineties, it was no elbows in most Muay Thai fights in the UK. Outside of cheating on the blind side of the ref, and pub fights at closing time in London’s East End, there wasn't much call for throwing them. "No elbow," said the coach at Lanna, "is no Muay Thai."

Hear, hear! I love razor elbows. What’s so great about the sok glap, this simple, sneaky trick of the eight-limbed art, is its economy of motion and deadly certainty. Step, turn and boom!  And the move has come to haunt other areas of my life, often turning up in the unlikeliest of settings. Remember that old yarn about all Thais secretly knowing how to box? Well, believe it or not, there’s some truth to that story. The sok glap happens to be a basic 1-2 style move that a lot of Thais, from a variety of different backgrounds, seem to know how-to-do.

Take my posh speaking Thai doctor back home in London town. On finding out that I was a nak muay, the portly, spectacled quack got up from behind his post-modern IKEA desk at the surgery and showed me his wobbly version of the sok glap. Ditto my Thai language teacher in Bangkok. She was taught to do a mean, horizontal, spinning elbow by her old man the ex-boxer. "Dad said that it was the best move to do," she said. Who's going to argue with Teacher or her Dad in Surat Thani? Not me.

Flash forward to the present and day-to-day life in the gym. I'm always interrupted by young nak muay and MMA fighters and asked, "How do I do a spinning elbow?" Putting on my best English bad guy accent, I try to show the gung-ho American fighters, black, white and brown, how best to shoot. Too often they execute the sok glap far from the bag or the opponent. You have to step in to the target, right next to it, for maximum impact and penetration. Which is why, whenever I perform the sok glap, the audible warning on the London Underground subway system always comes to mind. It’s good timing for the technique. You have to close the gap to sok glap, but you have to "mind the gap" as well.