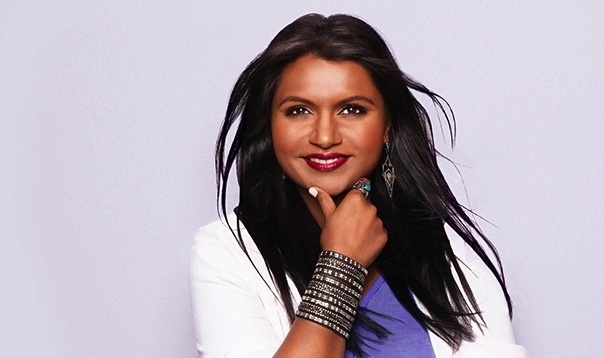 Next month the UFC will be 20 years old, and despite all the progress the sport has made in terms of popular acceptance and athletic validation; despite all the evolving rules and regulations designed to turn a freakshow into a sport; despite the exponential growth and economic success; despite all the political lobbying and new sanctioning bodies (everywhere in the country but our home state of New York, the one-time and hopefully future center of the fight world); despite the evolving techniques and thousands of new gyms; despite the adoration of famous actors, musicians, and athletes; despite the lucrative endorsement deals and approbation of corporate America; despite the crossover Hollywood success of UFC champions like Ronda Rousey and Randy Couture; and despite the herculean efforts of public relations groups and publications (like this one) to change hearts and minds and convince a skeptical world that MMA is something to be loved rather than feared—despite all that, down in the true center of the American pop cultural experience, the network sitcom, MMA might as well still be back in the dark ages of the 1990s: a terrifying, unregulated bloodsport where delusional men flock to test their masculinity and suffer unimaginable physical indignities at the hands of cartoon tough guys while their female friends squirm and squeal in horror.

This week, for reasons that will forever remain secret, I watched The Mindy Project, the Fox show about a young OB/GYN (played by Mindy Kaling) looking for love and happiness in the big city surrounded by a cast of wacky co-workers. In other words, it’s a sitcom. Near as I can tell, the show is a cartoonish celebration of all the oldest and most stubborn gender stereotypes, a playground for doughy, post-frat man-children governed unsuccessfully by an uptight yet girly female boss who seems intent on ruining all the boys’ fun with her rules, fascination with all things adorable, and obsessive love of food. It’s one priggish woman vs. a group of laid-back dudes, and in the world of American television, laid-back dudes always win.

Into this delightful collection of gender stereotypes walked MMA this week, knowing not what it was getting into. Or maybe knowing too well and resigning itself.

See, it turns out that the head bro, as the avatar of all things masculine in the office, is scheduled to fight his first amateur “ultimate fight” in a few days, and all the boys are going to support him. Mindy disapproves, of course. She’d rather eat month-old sandwiches and drink tea out of child-sized teacups and point out the dangers. And for this the men hate her. When she trips over them practicing their grappling on the office floor, she’s the one who gets blamed. Never mind that it’s the middle of the workday, and they're rolling around on the ground. Such is the life of a woman on American television.

Anyway, off they all head to the fight—the men to express their manliness, Mindy to make an emotional connection with her officemates—and all the classic pop-culture MMA tropes appear as if by magic. They might be untrue and archaic but they’re as inevitable as the turning of the earth. There’s the underground arena, a man-filled chamber of beer and thick necks. There's the reference to grappling's inherent homoeroticism. And then there’s the guy our hero will be fighting against: a grizzled, chiseled terror with a bald head, a body covered in tattoos, and a beard the size of the whole Civil War. Like any good pop-culture MMA menace, this bad guy grins maniacally and then crushes a metal water bottle with his bare hands. He’s a biker plucked straight from central casting—the embodiment of everything cruel and lawless in the national psyche: a specter released from the collective unconscious to terrify parents and warn children about the dangers of fighting inside a cage. He is violence personified and a tale as old as time.

For the last year, this publication has been lobbying for the idea that mixed martial arts is “a world of tacticians, moralists, spiritualists, traditionalists, eccentrics, disciplinarians, innovators, and nerds” and mixed martial artists are just “men and women who willingly lock themselves away from the world to master the fine art of fighting the way others master the piano or quantum theory.” The sport is regulated, it’s safe, it’s decent, and fine, and fun for the entire family. Yet here we are, 15 years removed from the bad, old days of crotch shots and John McCain, and as far as TV culture is concerned, nothing has changed. MMA is still a half-murderous/half-homoerotic circus of blood and mayhem and half-naked women and ungovernable masculinity. I don’t expect much from the American sitcom, but a little evolution would kill them?

In the end, of course, because The Mindy Project is an American show, it’s Mindy and not the men who has to come around. In the face of all that collective bro-ness, she realizes the only way she’s ever going to be liked is if she changes who she is. She needs to “lighten up” and “be cool.” So she grabs a round card and jumps in the cage. And she gives her fighting friend a motivational speech that would inspire anyone to violence. And she takes down that garden gazebo and installs a basketball court in its place. She is, at last, one of the guys.

For her troubles she gets an unwelcome slap on the ass. Such is the world.