Mitch Gagnon: Made In Canada 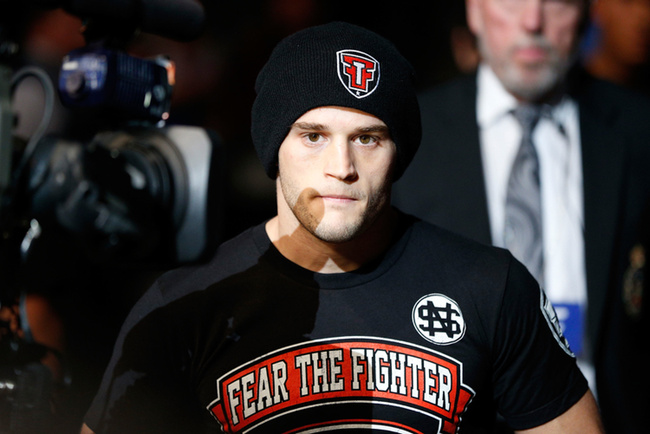 Up until about a generation ago, the Canadian Dream was a lot like the Canadian dollar: weaker than its American counterpart most of the time.

There are a number of reasons for this, from the great white North’s stubbornly colonial mentality to its massive inferiority complex, but it also has to do with basic geography. If you came of age in Canada before or around the turn of the millennium—particularly if you grew up in a small town, where even major Canuck cities like Toronto and Vancouver can feel far and foreign beyond belief—big things seem to happen elsewhere, like south of the border. And how can you possibly dream of Making It when you have no local examples?

This was particularly true for fighters and aspiring fighters until recently, because MMA legally could not happen in certain provinces. In Ontario, for example, professional MMA fights have only been sanctioned since August of 2010. Before that, fighters and fans had to embark on pilgrimages to self-governed First Nations reservations for events. Or we headed to Gatineau. 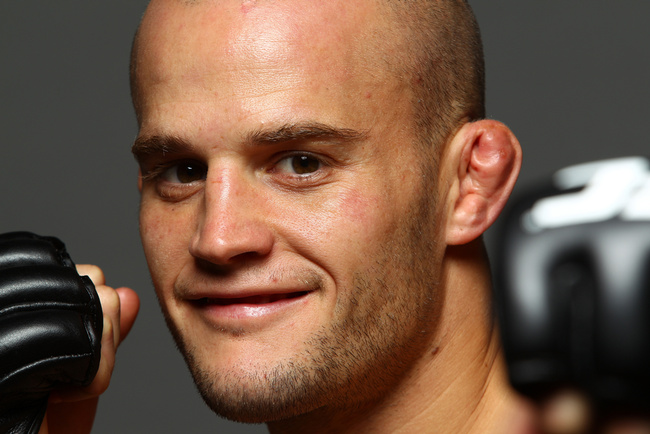 Mitch Gagnon was one of those fighters. The Sudbury, Ontario native has been wrestling since grade five. “I just loved to get into combative situations,” he says of his childhood introduction to grappling. “It was something that I loved to do.”

He never once considered it a profitable life skill, though, even when he became a fan of a burgeoning sport called mixed martial arts. “I was from the north and thought it was unrealistic. I never thought there were any type of gyms here and so I kind of was a big fan of it but never thought of competing or anything like that.”

Then his sister took him to see an MMA card in Gatineau in the mid-00s. “I was watching the show and they were announcing the next fighters that were coming out and, all of a sudden, I hear ‘Hailing out of Sudbury, Ontario... Dan Grandmaison!’  Right away, that caught my eye. I didn’t even know that Sudbury had any type of gym that offered mixed martial arts and pretty much the rest is history. I called him up that week after the event and started training with him and eventually got my first pro fight eight months later.”

He also got his first victory, defeating Dimitri Waardenburg by guillotine choke. Wins and guillotines quickly became a hallmark of his career.

Just under four years after becoming a professional fighter, Gagnon hit the big time with his debut UFC fight at UFC 149 versus Bryan Caraway, on July 21, 2012. It wasn’t the most auspicious debut. He tapped to a rear naked choke in the third round, earning his second ever loss, but it made him hungry. He continued to work on all aspects of his game at home in Sudbury, in Toronto, and in Montreal at the legendary Tristar Gym. He hasn’t lost since.

A four fight, two year winning streak and a 12-2-0 record hasn’t made Gagnon complacent, though. “I’m so critical of myself,” he admits. “Every fight, I reevaluate my fight right away and I just always feel like I could have done better. I know my last fight [a first round submission victory over Roman Salazar at UFC Fight Night: MacDonald vs. Saffiedine] was short, but I feel like I was working on things in my camp that I didn’t execute in the fight, and I reevaluate that. I need to get better. I just always think I’ve got to get better. I’m not satisfied with how I performed and I just want to get better.”

I ask if he ever runs the risk of becoming too hyper critical of himself.

“You know, my corner, the coaches tell me that a lot,” he says, clearly unconvinced. “I don’t know. It’s just the way I am. I think it keeps me sharp. It keeps me going back in the gym and leaning and not being in this ‘I’m good enough. I’m just going to go into camps and try hard and peak for fights’ [mindset]. I think it’s important to always keep learning and getting better.”

That’s exactly the kind of attitude that will serve Gagnon well in his next fight against former UFC bantamweight champion Renan Barao in the co-main event at UFC Fight Night- Machida vs. Dollaway on December 20 Sao Paulo, Brazil. It is, by far, the biggest opportunity of his career, and promises to launch him into a whole new level of competition, but Barao will not go down easily. Defeating Gagnon will put him on the path to a rematch with the current champ, T.J. Dillashaw.

The fight also marks another big move in his career: it will be his first outside of his home and native land. All twelve of Gagnon’s fights have happened in Canada. Visa issues, which he’s not allowed to discuss for legal reasons, have kept him from competing in other countries before, but a booming MMA scene back home has kept him busy while he sorts that out.

This is a testament to how much both Gagnon and Canadian MMA have grown in such a short amount of time. Less than a decade ago, Gagnon was working as a personal trainer and a carpenter, unaware that his dream career was even remotely possible. Now he’s one of the most promising fighters in one of the biggest MMA markets in the world – and he’s done it all as a completely homegrown talent. Mixed martial arts can and does happen all over Canada.

“It’s amazing how it’s grown from when I started my career until now,” Gagnon says of the domestic combat scene. “It’s amazing.”

Randa Markos on Imprisonment, Abuse, and Her Road to TUF 20