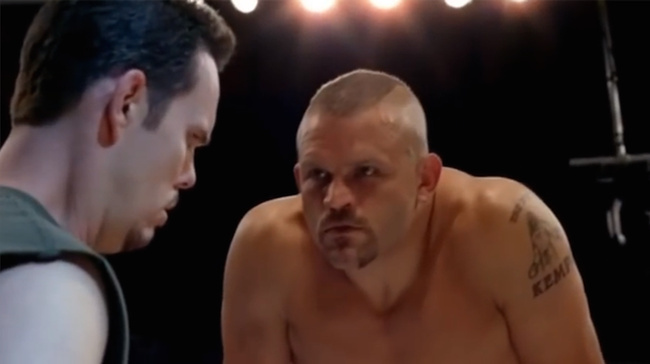 The latest wave of MMA’s invasion of Hollywood is a rather impressive one.

Georges St. Pierre is in the biggest movie in the country, Captain America 2. Gina Carano’s latest film, In The Blood, opens later this month. Ronda Rousey has upcoming roles in the Entourage film and The Expendables 3 and is clearly headed for more acting gigs in the future. If this pop cultural demand is any indication, mixed martial arts might finally be hitting the mainstream in a meaningful way.

Granted, this isn’t the first time that film and television have reached out to the biggest MMA stars of the day. Forrest Griffin, Rampage Jackson, Tim Sylvia and Randy Couture all have acting and/or cameo roles on their IMDB pages but there’s an intriguing difference in what they were given to do on screen compared to the latest generation of fighter/actors.

St. Pierre and Carano have been given roles that allow them to utilize their combat backgrounds without relegating them to generic “Tough Guy Number 1” material. And while most of Rousey’s current work is more cameo-based, at least the persona she’s trading on in these gigs is a relatively complex one that doesn’t necessarily typecast her as a one-dimensional bad girl who beats people up.

The previous wave of mixed martial actors like Griffin and Rampage had no such creative freedom. They were cast as tough guys, bad guys and/or tough bad guy versions of themselves. And I can’t help but think that that had something to do with the way that filmmakers, showrunners, and casting agents perceived MMA then versus now. To see the depth, complexity and potential of a fighter, you first have to be able see the depth, complexity and potential of his or her sport. If you only perceive something as a lawless blood sport watched by violence-hungry fratboys in bad t-shirts, then it makes perfect sense to cast said sport’s biggest stars as common thugs, prisoners, or people who get into fights in the backgrounds of scenes, because that’s all they are to you.

The acting career of one Chuck “The Iceman” Liddell is a perfect example of that. He’s not a terrible actor. He’s not exactly Meryl Streep, but he’s not a complete wooden mess like, say, hockey legend Wayne Gretzky’s notorious work on Saturday Night Live, either. So you can’t blame the one-note nature of his career on his lack of skill. He was simply given roles that Hollywood felt befitted a man who was, arguably, the biggest star in MMA at the time.

Let’s take a closer look at The Iceman’s acting oeuvre (I’ve skipped his numerous reality TV, talk show and documentary appearances for the sake of this study) to see just how narrow those possibilities once were for an Ultimate Fighter.

If you pay close attention to the fight that erupts during the Halloween party in Method Man and Redman’s early aughts stoner classic, you’ll find Chuck Liddell, aka “Tough Guy,” beating people up as tough guys are known to do.

When Su (Jet Li) is forced to join an underground fight club in this action film, he finds himself in the middle of a massive and ridiculous free-for-all cage fight that features, among other things, earring-tearing, Randy Couture, Tito Ortiz and “Cage Fighter” (Chuck Liddell). Blink and you’ll miss Chuck in this fight, though. Ortiz gets all of the screen time.

Liddell graduated to a speaking part in the pilot episode of the Blade TV series as Graft, a philosophical tattoo artist tough guy who has information that Blade wants. He agrees to tell the non-Wesley Snipes TV version of Blade what he wants to know, but TV Blade beats him up, prompting Graft to deliver his big line: “What the hell? I told you I’d talk!”

I seem to recall MMA in general, and The Iceman in particular, as fairly mainstream in 2007, but apparently the Entourage writers had less than complete faith in their audience’s ability to recognize Liddell’s face or accomplishments without a little help. When Chuck first appears in a parking skirmish with Turtle and Johnny, Turtle exclaims “That’s Chuck Liddell!” Johnny asks what a Chuck Liddell is. Turtle exposits “Guy’s the Ultimate Fighting Champ. They call him The Iceman. He KO’ed Randy Couture twice last year.”

That level of awkward Iceman-related exposition would go on to become a hallmark of Liddell’s TV appearances as himself. 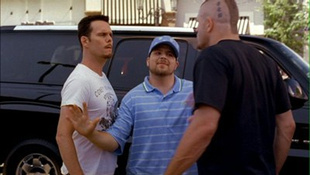 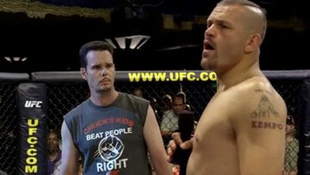 The Death and Life of Bobby Z—2007
Maddog

Chuck Liddell plays Maddog, a tough guy biker who menaces Paul Walker’s character in prison in this straight to video stinker of a thriller from 2007. He threatens Walker in the cafeteria by saying things like “Don’t work like that, soldier boy,” as he kicks a heavy bag in the courtyard, menaces Walker in the showers, makes a shank and then gets his throat slit by a license plate. Liddell isn’t completely terrible here—he’s at least better than the abysmal material he’s given to work with—but when it comes to UFC fighters playing prisoners, he’s no Emmanuel Yarborough on the HBO series Oz, either.

This Seth Rogen-penned comedy is about a group of bullied kids who hire a wacky ne'er-do-well (Owen Wilson, not exactly playing against type) as their bodyguard and learn about life and stuff. Before they find him, though, they interview a number of other potential heavies. One of them is Chuck Liddell as himself, a brusque tough guy who says “Back in my day, if a kid was getting beat up, it was called childhood.” Chuck Liddell as himself is a noted lover of violence in and outside of the cage.

Bart asks a Simpsons-ified Chuck Liddell (again playing himself) to sign his program with a swear word after attending the Ultimate Punch, Kick and Choke Championship with Homer in “The Great Wife Hope.” Chuck asks for $25 dollars and Homer refuses. For once, no one feels the need to explain who he is. 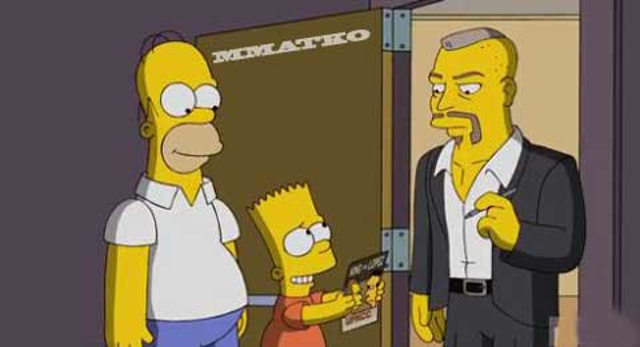 Chuck plays Martinez, a tough guy back market gun seller in “Death By A Thousand Cuts,” the final episode of the ill-fated Criminal Minds spinoff with Forest Whitaker and Janeane Garofalo. The feds ask him some questions about guns, he says some patronizing things about guns to Garofalo’s character and then he gets killed.

Spoiler alert: Chuck Liddell doesn’t technically play himself in the “Trap Game” episode of this fratboy sitcom about football and boobs. He plays a hallucinated version of himself. Basically, one of the characters on the show eats a bunch of expired candy condoms, gets into trouble, and then imagines that Chuck Liddell is helping him prepare for a fight. It sounds dumb and has its weak moments of obvious exposition (“Oh shit, Alex, look! It’s Chuck Liddell, the UFC fighter!”) but it’s actually kind of amusing thanks to Liddell’s surprisingly self-effacing and self-assured comic efforts. The role is only the tiniest deviation from his usual tough guy typecasting (I mean, it’s essentially “silly version of a tough guy”) and yet it brings out a whole other level of performance from him.

Chuck Liddell (himself) makes a cameo in the Kick Ass sequel as Dave’s fighting coach. Despite his assertion that “MMA is like chess. It’s all about the moves” and that Dave has those moves, he mostly just watches poor Kick Ass get his ass kicked. Between this cameo and the Blue Mountain State role, it’s clear that Chuck Liddell the character is a terrible coach who likes watching people get beat up—because he loves violence in and out of the cage.

When a man who sucker-punched Chuck “The Iceman” Liddell because if was on his bucket list turns up murdered, Bones and crew decide that Chuck, “a mixed martial arts world champion,” and “the toughest man in the world” is a logical suspect because “revenge is kind of his thing.” So they haul him in for questioning despite having no evidence that links him to the murder in any way and they talk about being punched in the face for a while and then that’s it. It doesn’t make a whole lot of sense, but then neither does Chuck agreeing to play himself as a revenge-hungry murder suspect.