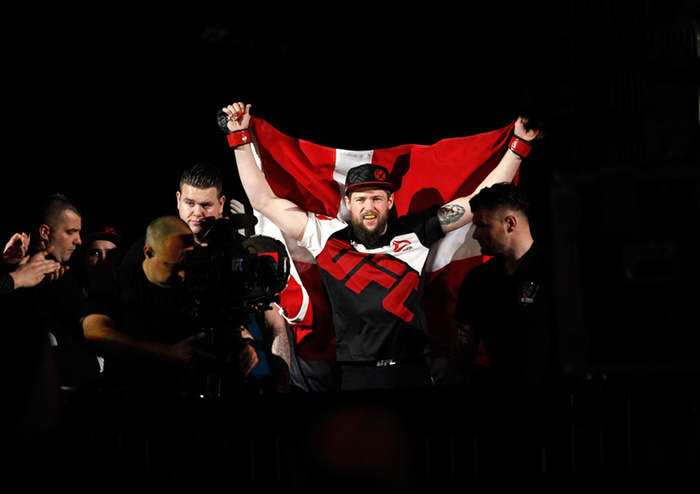 The Nordic mixed martial arts scene has flourished since the turn of this decade, with the likes of Gunnar Nelson, Alexander Gustafsson, Nicolas Dalby and Emil Meek making headlines for all the right reasons. However, with the sport still banned in Norway—the country only recently lifting its boxing ban in 2016 thanks to the rise of the indomitable Cecilia Brækhus—MMA remains a topic which has a lot of people treading on eggshells in this region of northern Europe.

One giant step towards the sport’s legitimacy in Scandinavia materialised last week as it was confirmed the Danish government fully recognised MMA as a sport, which will now be regulated by the country’s administration as such, thanks to the tireless work from the International Mixed Martial Arts Federation (IMMAF) and their representative the Danish Mixed Martial Arts Association (DMMAF).

But achieving this feat hasn’t always been straight forward with a potential government-led ban of the sport looming over the heads of those involved for over a decade.

Fears of the prohibition of MMA intensified at the tail end of 2013 thanks to an article/hit piece creating a media storm, telling of children training and competing in MMA, as well as the dangers of head trauma caused by the sport’s techniques. This prompted the then-new Justice Minister Karen Hækkerup to form a “working group” to assess the sport, along with other combat sports involving strikes, to see whether a ban should be imposed or whether there should be fresh regulation—a suggestion first made by the country’s Justice Minister in tandem with Denmark’s Health Minister in 2002 [H/T Rasmus Damkjær Christensen]. That process was halted following the 2005 general election and was never revisited until now, but a ban was suggested at the time.

Fortunately for them, the DMMAF’s case was helped as the article from Christian Birk was quickly discredited, with evidence, by those included in the article—prompting the journalist’s editor at Danish newspaper Kristeligt Dagblad, Jeppe Duvå, to criticise Birk, saying he broke the newspaper’s ethical guidelines and editorial policies. It was confirmed Birk fabricated the main premise of his story, how children as young as 12 were training and fighting competitively. However, the damage had already been done to what is still considered a fringe sport in Denmark—most of the article’s readers would have certainly taken it in at face value.

Like across the world, MMA has evolved considerably in Denmark since the suggested ban in 2005, developing in a time of relative purgatory. Claus Skjoldborg Larsen, president of DMMAF and leading Danish MMA promotion MMA Galla, was a key figure in the evolution of the sport over that time and successfully lobbied to earn a spot on the new committee assessing MMA and other combat sports.

As well as providing his own perspective on the sport, one which would have been sorely missed in committee talks otherwise, Larsen invited other committee members to his shows and afforded them opportunities to speak to fighters and coaches to talk about MMA and provide a human face to a sport previously demonised in the press.

The presence of the DMMAF certainly helped. New rules were drafted in 2016, formalising the existing health practices utilised by promotions under the IMMAF umbrella, including usage of on-site doctors, fighters providing up-to-date health logs and more, while the police must continue to give permission for a show to be run.

The proposals were approved and any lingering thoughts about an MMA ban quickly evaporated and those involved in Danish MMA can finally breathe a belated sigh of relief. A snippet of the IMMAF’s official statement reads: “After three years DMMAF’s efforts are ultimately successful and a looming ban on MMA is reversed into a national law for regulation of not only MMA shows, but all martial arts contests featuring full contact striking.”

The law took effect retroactively on March 1st, and there are no longer any fears of Denmark joining Norway in having mixed martial arts outlawed by its government in a huge success for the region’s burgeoning MMA scene.

How MMA Finally Made Its Way to Madison Square Garden