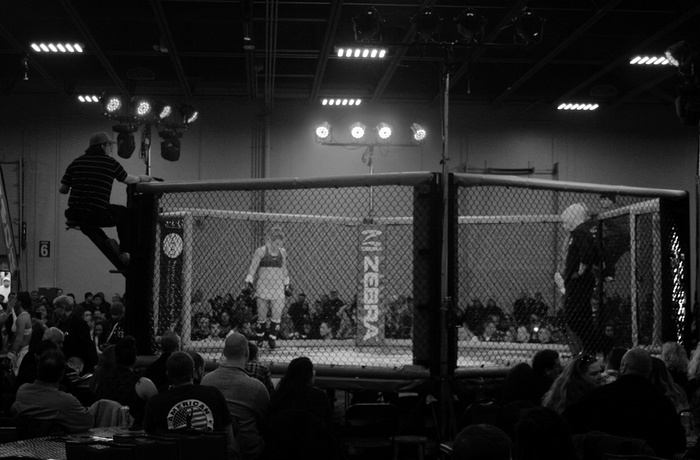 It seems every time I go to watch a local Midwest card, the weather turns extreme. In Sioux Falls it was the flat farmland sunsets that almost made me veer off the road. Last summer in Hinckley, the gods unleashed a torrent straight out of the legend of Noah. This past weekend, sub-zero temperatures had my face frozen into a contorted grimace on the short walk from the parking lot to Canterbury Park in Shakopee, Minnesota. Truly, Midwest skies are the most expressive of all.

The big card Driller Promotions and the Sterling Entertainment Group (SEG) put on was a welcome respite from the deep freeze. The card drew a crowd that grew from a few families and gym rats to more than 1,600 as the night went on. Twenty fights plus a five-man tournament midway through for bragging rights to Driller’s 145b strap. The first seven fights were Glory rules kickboxing, the rest mixed martial arts. It’s telling that small regional promotions like Driller can put together 20+ fights every few months with a very different cast each time. There were names familiar to the local Midwest martial arts scene, and a few bigger names as well, but most of the fighters emerged unknown from the tundra they train in to come and showcase some of what they’ve learned. 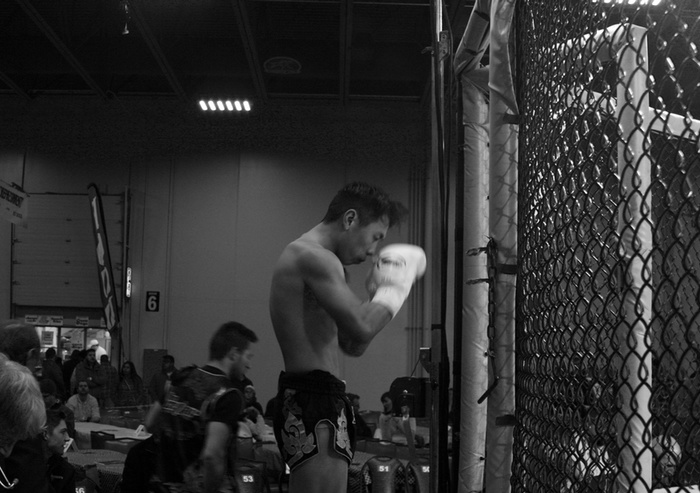 The third fight of the night, between Lajly Yang and Nick Robinson, was one of those impressive displays. Yang trains at the Cellar Gym, run by IKF champion and Team USA kickboxing coach Chris Cichon, while Robinson trains at the Minnesota MMA Academy, run by Greg Nelson—the same guy who trained Sean Sherk, Dave Menne and Brock Lesnar. These are two premier gyms in the area with two different kickboxing systems: the Cellar leans toward the Dutch style, while the Academy sticks to a more traditional Thai style. The variation was on display as Yang threw more looping hooks and switched his stance a little more often. Robinson kept a tighter structure and went to the clinch a lot, where knees to the body helped him seal the decision. It was exciting kickboxing for a crowd more accustomed to MMA and got the buzz going early.

The last two kickboxing fights were especially fun to watch. Troy “Trouble” Jones, who took gold at the Muay Thai worlds last year, knocked his opponent out less than a minute in. But he did it by snatching a kick Muay Thai-style and delivering a right cross to Jason Strzelecki’s chin. That’s not allowed under Glory rules, so that KO became a no contest on the books. Jones looks like the high level fighter he is: aggressive and crisp, and clearly superior to any of the other kickboxers on the card. 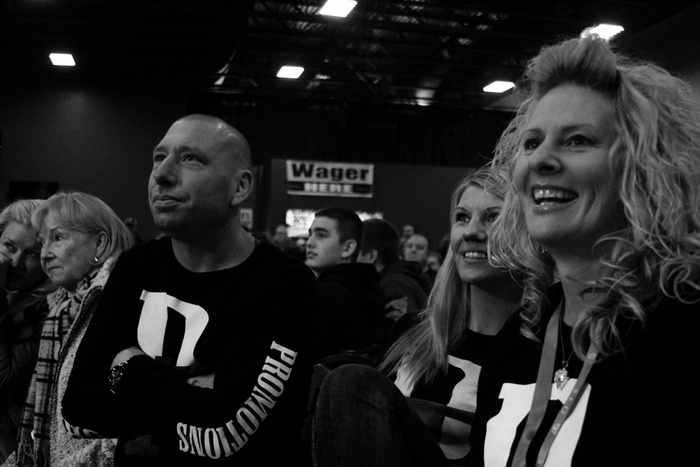 The last fight of the kickboxing segment featured one of the best female strikers in the game, Kaitlin Young. Young left MMA a few years back, but she’s most famous for her head kick KO of Miesha Tate back in 2007, when Tate made her debut for Bodog’s HOOKnSHOOT tournament. Miesha wasn’t ready for that level of striking at the time, but Kaitlin never felt comfortable with the ground component of MMA, so she’s a dedicated kickboxer now. Her opponent Pam Sorenson also trains out of the Cellar and she took this fight on less than 48 hours notice. Not many girls out here are trying to get schooled by Kaitlin Young, but Sorenson stepped up and took the experience of a few rounds with one of the best as payment for the beating she endured.

Both Jones and Young deserve to fight in the big leagues and make the big money, but the road to glory for an amateur is a long one, beset on all sides by financial and self-marketing hurdles, not to mention the labyrinthine world of combat sport associations and private promotions. If the card in Shakopee showed me anything, it’s how deep the martial arts pool is in the US and how much exceptional young talent exists out there shining under the blanket. 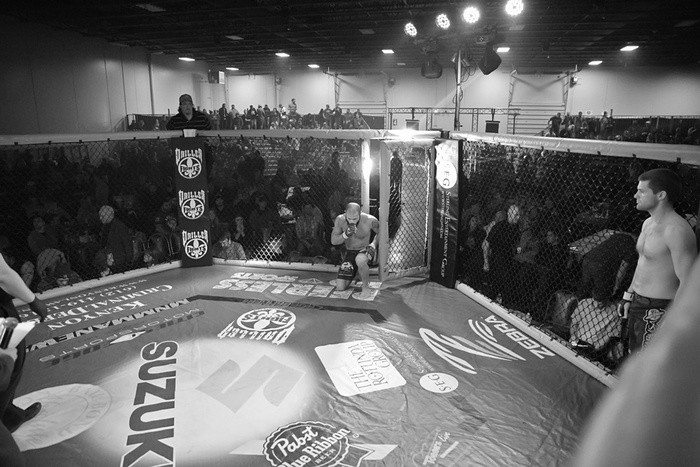 The MMA side of the fights stretched deep into the night, with the main event taking place long after the sun had dropped below the white expanse of the North Star State. The crowd was at maximum capacity, paper plates covered in nacho cheese and corn dog dust all tossed away by this point, everyone engaged in the communal spectacle of tiny two-person wars sanctioned by the state. Charles Anozie finished three men in one night to win the 145 amateur tournament; Eric Kemper and Jason Huntley went at each other like two starving dogs after the same bone. Mitch White is now 1-1 as a pro; Dan Moret is now 9-2 after he submitted Mike Plazola in the second round of the main event for Driller’s featherweight belt.

Moret has moved from Driller to King of the Cage to RFA and back over the past two years and his journey is a common one for skilled fighters trying to break through the canvas ceiling. How many times must he finish someone before he can get a contract that pays more than just his gas bill? How many digital likes and followers does he need before he can be called a contender? He told me a few months ago he’s already living the dream fighting and training alongside his lady. It’s not the money, he said, he just wants to fight well. The day after the fights Troy Jones told me the same thing in the Spyhouse Cafe on Nicollet Avenue. Last week on the mats of the Academy, a Sudanese fighter said it too. A thousand, maybe a hundred thousand martial artists competing all across the country and they all want the same thing: to fight the best. It’s the kind of goal that can’t ever really be attained, and instead leads to endless hours in the gym and brief flashes of brilliance on a cold winter’s night in Minnesota. 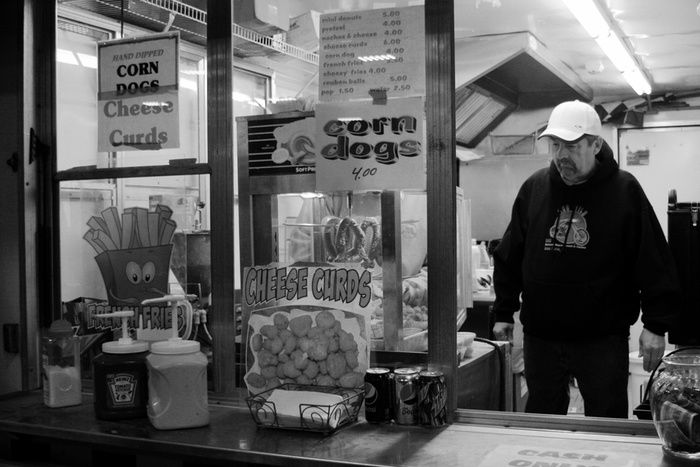 A Lost Boy of Sudan in the Midwest MMA Circuit