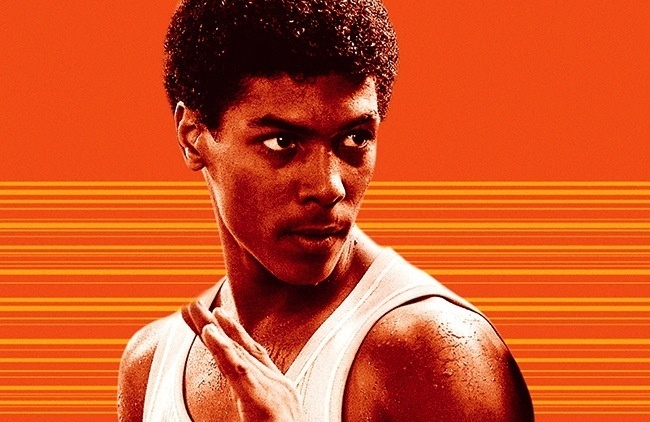 If I said the name “Taimak,” most people wouldn’t know who I was talking about. Though true martial arts fans might. Taimak—Taimak Guarriello is his full name—is the actor who played Bruce Leroy in the 1985 kung fu cult classic The Last Dragon. And “Bruce Leroy” is the inspiration for the nickname of UFC bantamweight and former Ultimate Fighter contestant Alex "Bruce Leeroy" Caceres. Well, it just so happened that a few years back, not long after The Ultimate Fighter aired and before his first official fight in the UFC, Alex Bruce Leeroy met Taimak Bruce Leroy’s brother at an MMA event in Florida and learned that Taimak would be thrilled to meet his younger counterpart. So when Caceres came to New York not long after that to train at the Renzo Gracie Academy and Phil Nurse’s Muay Thai Gym, he remembered that conversation, got the “real” Bruce Leroy’s number, and called him up. And then the fun (or nightmare) began.

Caceres didn’t have all of his NYC plans hammered out upon arrival, so when Guarriello offered to let him stay at his apartment for the night, Alex was just happy to have a bed to sleep in. He knocked on Guarriello’s door around two in the morning and after a quick introduction, Guarriello showed Caceres to his room and then went to bed. Early the next morning Guarriello knocked on Caceres door and forced the UFC fighter awake.

“Come on, man. It’s time to train. Get in your stance, like this,” Guarriello said, showing him a karate horse stance. “Now, I’m going to show you the sun-fist and the moon-fist strikes.”

Guarriello then brought Caceres to the roof of his building, where they “could shadow box and train katas easier in the open air,” Caceres remembered Guarriello saying. After the karate practice, Guarriello gave Caceres a jump rope and instructed him to start jumping, barefoot, on the blacktop roof. Caceres obliged him. He began slowly but picked up speed quickly. The rope started to go so quickly that, after hitting the blacktop roof too many times, it snapped in half.

“That’s the way to do it, son,” Guarriello said. “That’s the way you train like a champion. You’re gonna have to buy me a new jump rope, you know that, right? But that was good.”

After training concluded the two went back downstairs to the apartment, where Guarriello showed Caceres a contract that would make Guarriello his coach for his upcoming UFC debut. Normally one wouldn’t put their training camp into the hands of a complete stranger who only knows karate, but Caceres was feeling daring and open-minded after The Ultimate Fighter and wanted to go with the flow of things. Plus, it was goddamn Bruce Leroy! He signed the contract, which called for $500 up front and $500 after the fight, as well as a per diem for each day Guarriello was out of town. With the contract signed, there was only one more thing for Guarriello to do, and that was to ask Caceres for rent money, which was about $350 (not including the food that he would have to purchase for the apartment, and all meals eaten out, too). Guarriello would also act as Caceres’ nutritionist, going as far as slapping the hand of his pupil if he tried to pick up any food that the coach deemed unhealthy.

Every day Guarriello coached his student in all things karate, ending with uphill wind sprints in Central Park with weights on Caceres’ ankles. Some evenings Guarriello would take Caceres to a BJJ gym and allow him to roll for about 30 minutes before pulling him out of class to work mitts and more karate techniques. One day the two sparred, and, impressed with Caceres’ movement, Guarriello told his pupil, “Good job. Now I know how it must feel to fight me.”

The weeks passed, and Caceres hung out at Guarriello’s apartment while the elder went to work as a personal trainer at random hours of the day. Caceres, however, never actually witnessed any of these sessions. The two would then spend the rest of the day training for Caceres’ fight. During his down time, Caceres sought out other adventures. He attempted to scour the streets of New York City as much as he could, but Guarriello often stifled his curiosities. When Caceres went to Little China Town, the elder went, too. When Caceres found his way to the American Museum of Natural History, where he wanted to take his time at each exhibit and detail the experience, Guarriello pushed the younger man along, making it nearly impossible to do much more than glance at the pieces. The elder even chastised the younger Leroy when the pair met up with fellow UFC fighter Akira Corassani for dinner and Caceres picked up the tab.

“You have to watch out for that,” Bruce Leroy told Bruce Leeroy. “People will try to take advantage of you as much as they can,”

“I’m just trying to be nice and pay for dinner,” Caceres said to his new fight master. “If I had a piece of bread and you were hungry, I’d give you half.” Guarriello was less than pleased by this pearl of wisdom and mumbled to himself as he walked away from the conversation.

The days weren’t all training, though. Oftentimes, while walking through the streets of New York City, Guarriello would spout impromptu lines from The Last Dragon--especially Leroy’s signature “Sho Nuff!”--and goad Caceres, a self-described “drama kid in high school,” into acting them out, too. The only downside was when Guarriello would get approached by fans, at which point he would turn his back to them, saying he didn’t like the publicity. So a guy does impromptu skits in the street in an attempt to get noticed and reignite his stalled acting career, but when he gets noticed while performing impromptu skits in the streets, he doesn’t want people to notice him. Sounds about right.

About a week and a half before his UFC debut against Mackens Semerzier, Cacere’s relationship with Guarriello began to sour. Caceres had hurt his shoulder and told the “real” Bruce Leroy he needed to take some time off to let it heal.

The tension grew, but eventually Guarriello acquiesced and let his prize pupil give his shoulder a break. That didn’t stop him from entering Caceres’ room at night, however, to teach his underling the ways of karate. In a robe, no less.

Fight day finally came and Taimak “Bruce Leroy” Guarriello accompanied Alex “Bruce Leeroy” Caceres and his team to Seattle, Washington. Unwilling to stay with Caceres and the rest of his trainers, Guarriello demanded his own room at the hotel. He also demanded the “number one” corner man spot during the fight and assurances that he would be the only one from the team hooked up with a microphone during the TV broadcast.

The fight didn’t go Caceres’ way; he lost via rear naked choke in the first round. When the fight was over, Bruce Leroy told Caceres, “You could have done more. If you’d fought a little harder, you would have gotten out of that choke.”

I Wore a Speedo to My First MMA Fight

There Are No Hospitals in Russia