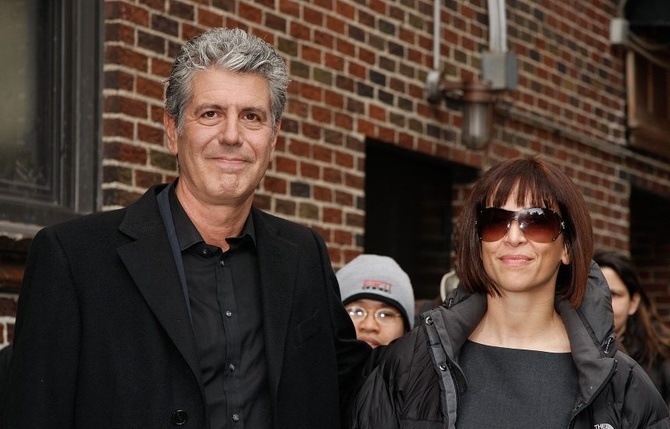 My husband likes to say that when we first met I was a delicate flower. I think he’s just trying to rationalize how he could find himself in a relationship with a woman who could kick his ass.

Truth is, there was nothing delicate about me when we first met; I used to lift weights six days a week, smoke two packs of cigarettes a day, drink him under the table, and manage a restaurant where I made grown men cry on a regular basis. But I concede that, besides a few backyard scraps back in high school, I had never shown any interest in fighting.

Shortly after the birth of my daughter though, I felt I wanted to do something different than weight training. I decided to give kickboxing a try. At first my punches were terrible, but man I loved to kick. When I wasn’t sparring, I would just kick everything in sight: light poles, furniture, random people (never managed to get rid of this habit).

At my gym I kept hearing about the UFC -- Chuck Liddell, Tito Ortiz, BJ Penn -- but I had absolutely no idea what everybody was talking about. One of my trainers told me to check out the show The Ultimate Fighter. I did and I loved it. Tony, on the other hand, was merely confused. He would walk into our bedroom when the show was on and just shake his head.

In 2008 I went to the Prudential Center for my first live event, Elite XC, Gina Carano vs. Kaitlin Young. Watching women fighting made the sport even more compelling.

It took a while for my husband to catch up. He used to be a big boxing fan in the 70s, but he had no understanding of the ground game whatsoever. Sometimes he’d watch UFC with me at home, occasionally he’d come to a sports bar (lured in by the all-you-can-eat chicken wings, I suspect), but mostly I would just go to the events by myself.

It wasn’t until 2011 when I finally convinced him to come to a live MMA fight. It was UFC 132, Dominick Cruz vs. Urijah Faber. He didn’t even know who was on the card, but he watched the preview show and decided he was going to root for Cruz. Probably because I’m such a Faber fan and it annoyed him (he’s a contrary motherfucker). But hey, at least he was there.

Every time I bring someone to their first UFC event, I can see if they're going to enjoy it or not from the way they react to the “Baba O’Reilly” intro montage. Tony will not admit it, but I was watching him, and I think I saw goose bumps.

A couple of months after that night, I enrolled at the Renzo Gracie Academy in Manhattan, and that’s when my crazy passion turned into a full-blown addiction.

In which ways have my training and my passion for fighting impacted your life?
First of all, the house is a dismaying cesspit of an absurd number of gis. I don’t even want to know how many pairs you have; it’s pathological. Then, of course, there’s the Zebra mats, the grappling dummy, the punching bag -- it’s like living in a gym. The bedroom looks like a locker room: the dirty clothes, the used Band-aids, various braces. An ever-spreading, ever-widening circle of athletic detritus.

When I first met you, you were the general manager of a restaurant. You were a boss, you ran things, you crushed people’s hopes and dreams, you already had a fiery Mediterranean temper, but the fact that now you are sparring for much of the day in a highly testosteroned competitive environment has exacerbated your violent mood swings and aggression. You know, that simmering rage is probably a side effect of all those steroids you are taking. (Note: He’s fucking with me. I do not take steroids -- Ottavia)

Date night is pretty much going to a fight. In between we watch tapes of guys wrestling each other. Romantic? Not.

But look, I’m an obsessed guy. I do a lot of things that take up a lot of my attention, that take up a lot of my time. Without doubt a wife who’s tapping her foot waiting for me to get home to give her some kind of purpose in life would be mortifying to me. I like that you have your own life; I respect that you found something you love that you want to excel at. That’s something I understand and very much admire.

And I’m tickled by the notion that if we are in a bar and someone gets lippy with me, I’m pretty sure you could take them. That’s pleasing to me.

You agreed to spar with me a couple of times -- you might or might not have been drunk -- but you've refused to do it since. Didn't you enjoy being my training partner?
No! It ended badly! You don’t know how to regulate your strength and you are overly aggressive. In what was supposed to be a friendly wrestling match I caught an elbow three minutes in. I’m not an athlete by a long shot and it really irritates me that all the ways I know to get out of a hold are apparently illegal. No finger breaking? No vertical elbows to the spine? No eye gouging? I got no chance. What? I’m supposed to let you get the hooks in and just lay there? No way!

Are you getting used to the fact that I've got bruises all over my body?
I am. But when your wife has clearly defined handgrips and fingerprints on her upper arm and you are in a fine-dining restaurant, the hostility in the room is palpable. But at this point, keep packing on muscles and they are going to take a look at you, a look at me, and they are going to say, “No way he did that.”

Don’t you like my thick neck?
You know how I feel about that: It’s like throwing your arm around a cast iron skillet. It’s disconcerting.

I had to ban you from coming to see me compete and I know you are not happy about it. But you always get incredibly nervous and make me even more anxious. How hard is it to watch someone you love compete?
It’s difficult. I love you; it’s hard to watch. It’s not like I’m afraid you are going to get hurt because I know you can handle pain, and if someone broke your arm or your nose, I know you’d come home grinning about it.

I don’t want you to experience the agony and humiliation of defeat. They tell you, “Hey, good job, you made a good showing of yourself out there, you should be proud of yourself.” They tell you all of those things, but let’s face it -- losing sucks. I know how hard you work, I know how competitive you are, and I don’t want to see that happen to you. Ever. I want you to win. I want all that hard work to pay off. Every single time.

Do you really enjoy watching MMA fights with me or are you just being a good husband?
I genuinely enjoy them, I also seem to pay more attention to them than you do. You always seem to be tweeting pictures of yourself. I also seem to pick the winners on a regular basis.  You bet with your heart; I don’t.

I’m not a superfan, I haven’t been with the sport long enough, and I’m sure less able than you to discern what’s going on on the ground, given your BJJ training and your fanaticism. Although I have to say, my knowledge has certainly much improved over this time last year and getting better.

Who do you enjoy watching?
I like Anderson Silva. He is a veteran and you see that experience at work in his fights. When he’s overpowering, he’s truly overpowering, but there’s an intelligence to his strategy and the way he conducts himself in his fights that reminds me of golden age boxers -- guys like Ali, ring-savvy guys who would use every single factor they could bring to the table to beat you. They’d beat you in 12 different ways; they’d beat you in your head before you even started fighting them. And he seems to have been very smart about his career.

Team Jones or Team Sonnen on The Ultimate FIghter?
As much as I truly appreciate Sonnen’s verbal stylings, and I do -- he’s smart and he’s funny, and even when he’s being obnoxious he’s charming -- I’m team Jones.

He’s the most exciting fighter in the sport today. He’s making up moves that didn’t exist before; he’s thrilling to watch. You don’t know where the win is coming from, but whatever it is, you know it’s going to be dazzling. And you are looking at a guy in the early part of his career; there’s every reason to believe we have yet to see the best of him.