Muhammad Ali Is the Greatest of All Time 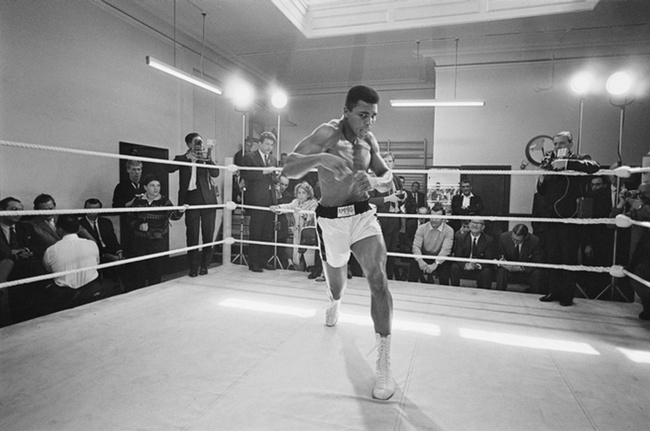 Who is the GOAT, as in, the Greatest of All Time? It’s an age-old question, argued in barrooms and on forums. Was it Joe Louis? Willie Pep? Mike Tyson? Or given this year’s crop of MMA retirees, would you go with Anderson Silva? BJ Penn? GSP?

Compile and chart every statistic, and still the debate rages: Who is the fucking best?

But if you ask me, it’s really just idle chatter. As in, there is no serious question. Hands down, despite nearly every poll ranking Sugar Ray Robinson #1—with his brain-numbing 126 fight pro/amateur win streak—I crown Muhammad Ali as the greatest fighter to walk the earth. Ever.

Was it Ali’s inspiring poetry? Even today many elite athletes and coaches quote the man, while gym posters throughout the world proclaim:

"I hated every minute of training, but I said, 'Don't quit. Suffer now and live the rest of your life as a champion [...] To be a great champion you must believe you are the best. If you're not, pretend you are."

But Google ‘inspirational sport quotes’ and you’ll see he wasn’t the first, last, or the most prolific. 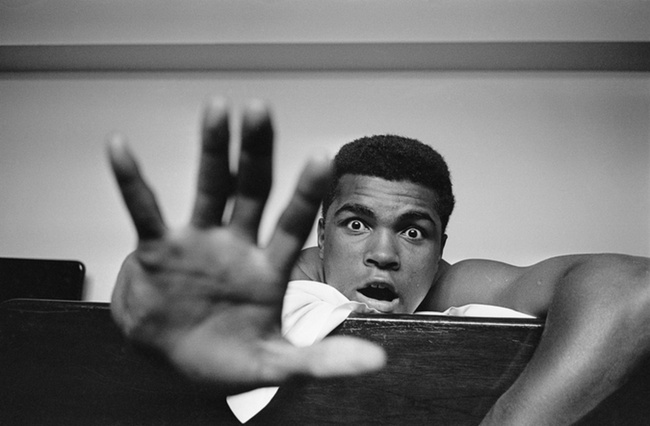 So why is Ali the undeniable GOAT?

Because in the prime years of his career, Ali stepped forward and protested the Vietnam War. This was the mid-60s. America’s innocence still intact. Nationalism so high that it’s hard to fathom the internal struggle, the fear and doubt he overcame. Risking millions. The Heavyweight title. His legacy.

Hard to believe now, but so many hated him for speaking out. Protesting an on-going war was tantamount to treason, but protest he did:

“Why should they ask me to put on a uniform and go 10,000 miles from home and drop bombs and bullets on Brown people in Vietnam while so-called Negro people in Louisville are treated like dogs and denied simple human rights? No I’m not going 10,000 miles from home to help murder and burn another poor nation simply to continue the domination of white slave masters of the darker people the world over. This is the day when such evils must come to an end. I have been warned that to take such a stand would cost me millions of dollars. But I have said it once and I will say it again. The real enemy of my people is here. I will not disgrace my religion, my people or myself by becoming a tool to enslave those who are fighting for their own justice, freedom and equality. If I thought the war was going to bring freedom and equality to 22 million of my people they wouldn’t have to draft me, I’d join tomorrow. I have nothing to lose by standing up for my beliefs. So I’ll go to jail, so what? We’ve been in jail for 400 years.”

After deliberating for just twenty-one minutes, a jury found him guilty of draft evasion. He was stripped of his boxing license and belts. Four long years he wandered the wilderness without a fight, or reliable means of feeding his family. Finally, in 1970 the U.S. Supreme Court overturned his conviction. Vindicated, Muhammad returned to the ring. Older, slower, he recaptured his belts.

It’s hard not to wonder how much greater his career would’ve been. But this sacrifice is now his eternal crown. 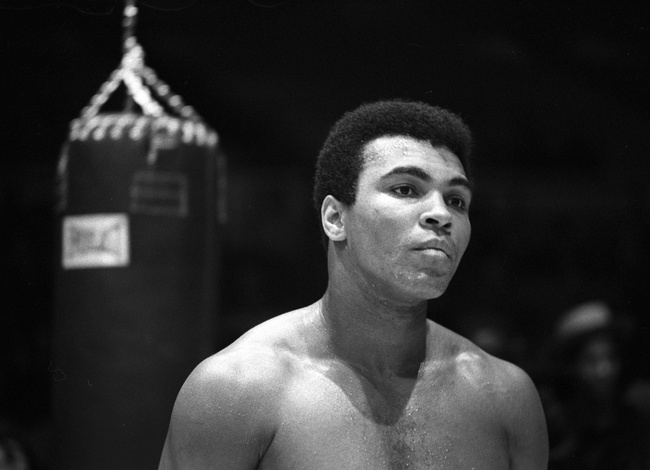 Read enough and you realize that history only remembers artists, tyrants, and political rebels.

Do we discuss the richest man in Rome, or the empire’s most cunning merchants? Hardly. Even readers of this site don’t know the first and greatest MMA fighter to ever step into the arena, Theogenes: Victor in over 1,300 bouts. Champion of the 480 BC (boxing) and 476 BC (pankration) Olympic games. Statues erected during his lifetime. Worshipped as a god. More dominant than Tyson or Marciano could ever dream. Now just a footnote in musty textbooks.

Ali wasn’t just a fighter, he was a revolutionary, marching alongside Martin Luther King, Jr. Speaking for the poor and demanding justice:

"Service to others is the rent you pay for your room here on earth [...] Wars of nations are fought to change maps. But wars of poverty are fought to map change."

It’s said that every great man is the product of his age. But don’t go thinking the struggle is over, and there are now no wrongs to right.

Take the alarming state of income inequality in the U.S. Comb the data, or skim Capital in the Twenty-First Century by economist Thomas Piketty. Regressive tax policies favoring the wealthy, starting in the early 80s under Reagan, and continuing through Clinton and Bush II, have led to income inequality that threatens our very democracy. Think of our annual GDP as a pie. Now if a fat bully cuts himself a bigger slice, whether he justifies it because he ‘works harder’ or ‘earned it,’ there’s still less for others. Over time he grows bigger, stronger, while the rest weaken and lose their ability to fight back.

Not every fighter will rise to the challenge, nor should we expect that. But let’s save the discussion of who is the true GOAT for those that reach beyond their own legacies.