Munoz Looks to Inspire a Nation with 'Storybook Ending' in Manila 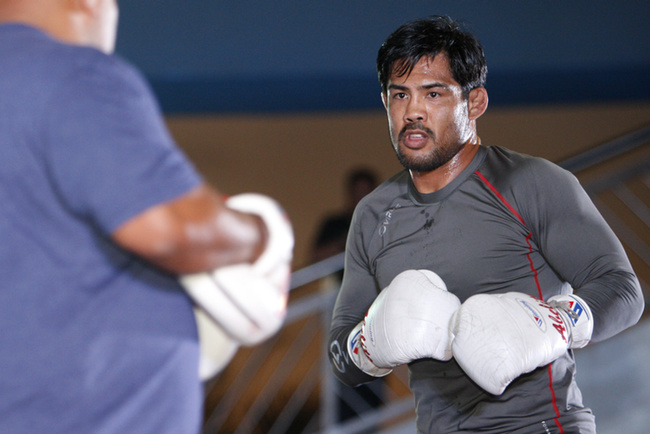 In his last three fights "The Filipino Wrecking Machine" Mark Munoz has taken three first round losses. A perennial middleweight title contender for a number of years, the wrestling standout has always gone out on his shield for the MMA world whether it be in victory or defeat, but this Saturday he will make the walk for the last time.

It feels like there has been a lot on the plate of Munoz in the lead up to his much-anticipated swan song in Manila. His very own facility Reign Training Center has been closed in the lead up to the contest. His last fight ever will go in tandem with UFC’s first trip to the Philippines, a country where he probably has more fans than any other MMA fighter. Despite that, Munoz claims it’s been “business as usual” in the lead up to his last outing against Luke Barnatt.

“It is an emotional time for me, but otherwise it’s been business as usual,” he says almost underselling the momentous occasion of his last trip to the Octagon. “I’ve always had a lot of stuff going on in my life and this is my last go-around in the Octagon. For me, I’ve always had the goal of having that gold strap around my waist.

“I wasn’t able to achieve that but I have invested in a lot of people, which has allowed me to store a lot of treasures in their hearts and souls for MMA. They are the things that matter to me, what way I’ve impacted those around me. My wife and kids especially. That’s what’s important.

“So yeah, it’s been an emotional time. I did close the doors of Reign Training Center, this is my last fight, but I’m still going to be around the sport. I’m still going to be coaching different teams. That’s just a part of who I am. It’s a new chapter in my life. My training has been going great, I’m feeling healthy going into this fight and I’m excited to see what happens when I get into the Octagon on Saturday.” 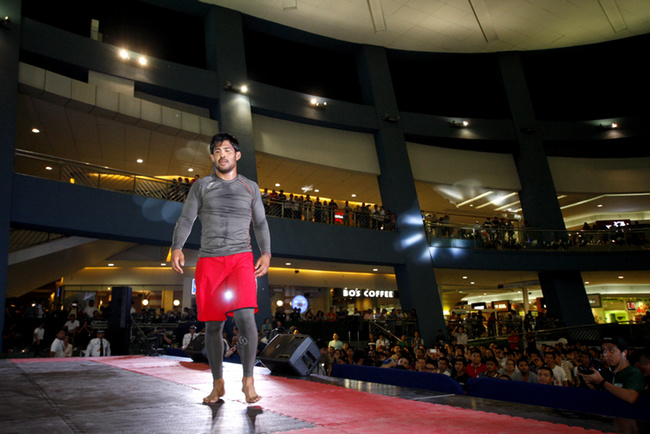 Given the respect he commands in the country, Munoz feels there is an added impetus for his main card slot in Manila. Although the sport is already hugely popular in the Philippines, the Filipino-American hopes his career will inspire a new generation of fighters in the nation.

“MMA is very popular in the Philippines now. There’s a channel that plays fights all the time, they replay every UFC fight so it’s on the TV quite a bit. People are watching and UFC in particular seems to be something that the Filipino people love.

“Combat sports have always been a major part of the Filipino culture so I never had any doubts that the people would gravitate toward the sport out here.  Young people have aspirations to be mixed martial artists out here. I’m very excited about that.

It’s no surprise that Munoz garners so much adoration from the Filipino people having carried the nation to great heights during his UFC tenure. On Saturday, Munoz is anticipating support from his the Manila crowd akin to that off pugilistic pound for pound great Manny Pacquiao.

“The people over here, they support their own and they’ve been really getting behind me. We have all seen the support they give Manny Pacquiao and they’re going to have the same support for me because they know that UFC is the biggest stage in mixed martial arts.

“These people share the same culture and heritage as me, they were always going to support me but I love them for that,” he stated. “I feel the love over here, I’ve always felt the energy from the Philippines and I’ve been helping to promote the sport over here for the last few years now.

“Throughout my time in the UFC I’ve been flying their flag, representing the people and their culture. My name is ‘The Filipino Wrecking Machine’, you know what I mean? I’ve always represented the people to the best of my ability and I feel that’s why I have so many people standing behind me.

“This fight is for the Philippines. It’s a storybook ending, I’m back here fighting in the country that my parents were born in. I grew up very Filipino and I’m ready to put it all the line and go out guns firing. Hopefully it will be like watching a fireworks display for the people. I’m hungry. I’m going to be tenacious in there.” 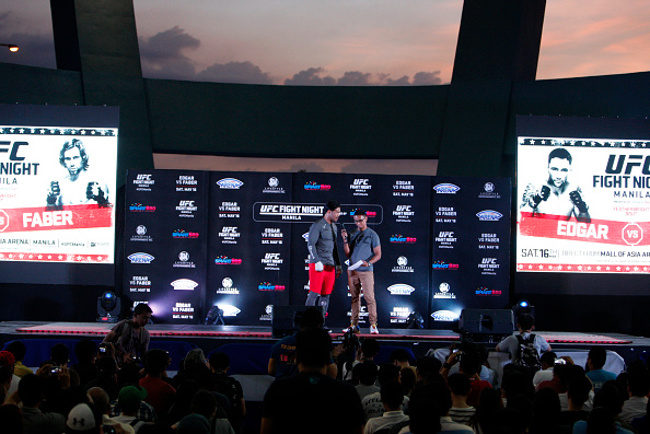 Barnatt will prove a tough test for Munoz given his rangy physique and the power he has in his hands. However, Munoz believes that should he execute his game plan for the fight, he will be the one who leaves the Octagon victorious on Saturday.

“Luke Barnatt is tough, man,” he highlighted. “I’m not underestimating him by any means. He’s very tough, he’s very good at what he does, he’s knocked out a lot of guys, he’s 8-2 now and he has a lot of experience in the UFC. Having said that, I respect him but I don’t fear him.

“I know what I’m capable of, I know what I can do and I’m going to go out there and execute my game plan. I’m going to do the things that he won’t want me to do, and he’s going to have to try and stop me. I’m looking forward to this fight, I’m excited and I think it’s a great matchup for me.”

Finally, when asked about a crowning moment of his fighting career, Munoz pointed to his 2010 ‘Fight of the Night’ winning performance against Kendall Grove. In hindsight, ‘The Filipino Wrecking Machine’ took some moments from that particular fight that he sees as an analogy for his whole life.

“When I look back on my career, if there was a specific moment that I look back to it’s the fact that I woke up on a single leg after I ate an uppercut against Kendall Grove. In another moment during that fight, he kneed me and I woke up on a double leg. They’re two moments I’m particularly proud of because it’s like an analogy on my life and my career.

“I’ve had a lot of resilience through adversity. Like a lot fighters, I’ve had my fair share of adversity outside of the Octagon too. It takes a resilient person to learn from that kind of adversity and become a better person because of it. That’s why I always look back to the Grove fight, it taught me to never stop. Difficult situations bring the best out of us all, we’ve all got to keep moving forward.

“That’s who I am, that’s what I do. When I look back upon my career I see that and I take strength from it. People get diagnosed with cancer everyday, they don’t just let it kill them right then and there, they stay alive for as long as they can and they embrace their time.

“You’ve got to stay passionate, keep completing your goals and know that it’s a blessing to be alive. For me it’s a blessing to fight in the Octagon, I feel privileged and honored that I have been able to do it. It makes me want to produce a memorable moment for everybody in my last fight ever. I want to be proud of myself and I want to know that I’ve done my best. That’s the feeling I look forward to.”

Mark Muñoz Heads to Manila for One Final Fight

Mark Munoz Explains How to Pick an MMA Gym