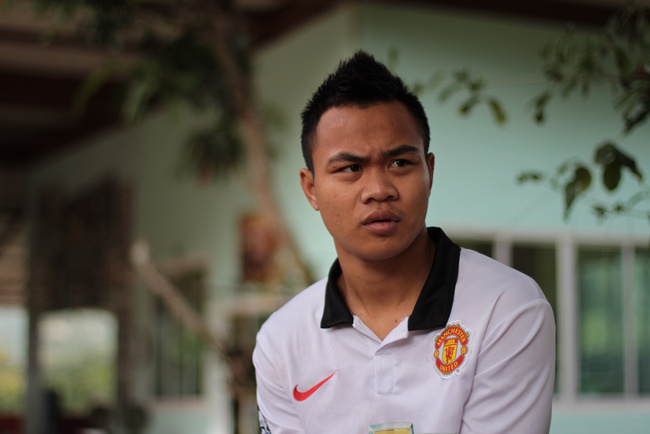 [Yodwicha Kemmuaythaigym, formerly Yodwicha Por Boonsit, is a 19-year-old fighter from Nakhon Ratchasima (Khorat) Province in Thailand. He is one of the most promising young contenders in present-day Muay Thai in Thailand, with a slew of championship titles including Lumpinee, Omnoi, Thailand, and an Isaan regional. He currently fights main events both domestically and abroad, and trains out of Kem Muaythai Gym in the Khao Yai mountains.] 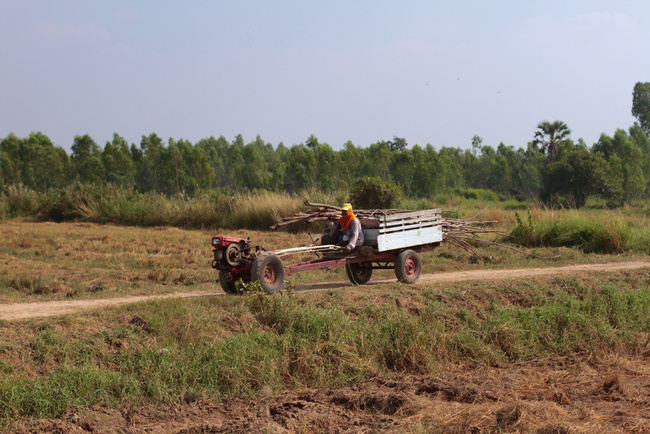 The hardest time I can remember was at the beginning of my life. We were very poor when I was little. My parents were landless farmers and they transported potatoes for money. My mother and father had to bag potatoes and put them into trucks by the tons.

But my parents were good with money and they invested in our pig farm. As a kid, I fought a lot to earn money for my family too.

My father started me training at home when I was nine. I moved to Bangkok when I was 14. When I got to the big city, it was my first time at a real gym.

I came to Kem Muaythai Gym last year when it opened. Another fighter here, Berneung Topkingboxing, was the one who told me to come. I like my new gym, but it's difficult to adjust to training here in the mountains because it's very cold. Afternoons, though, it's no big deal. 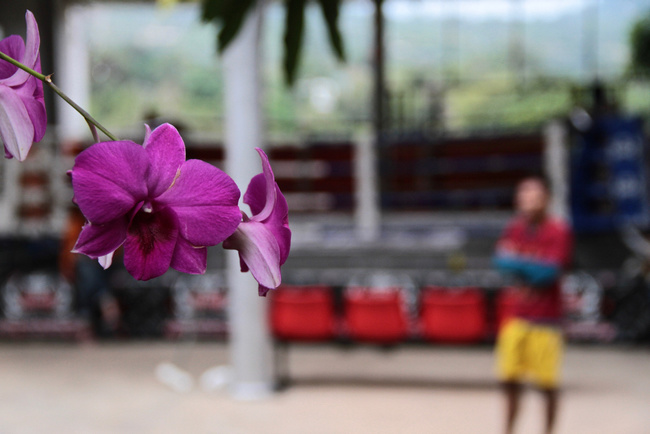 My fight purse is different depending on where I fight. For example, I fight for over 100,000 baht at Lumpinee, but I accept smaller purses at Channel 7 because gamblers give out huge, unbelievable tips there. It's just a known thing. The purse is no less than 50,000 a fight at Channel 7, and up to 100,000, but since I'm fighting for tips, it means I have to win. As for my actual fight purse, the gym gives me half. Of my share, I keep 10,000 baht for myself and give the rest to my family.

For me, I like fighting at Lumpinee. I've fought there a lot, I know people there, and it's comfortable for me. Plus, I like Lumpinee because the matches are in the evening, as opposed to during the middle of the day like at Channel 7. It's easier to fight at night because of the weight-cutting thing, how you have weigh-ins in the morning. Fighting at night gives me more time to rest and recover from the cut. 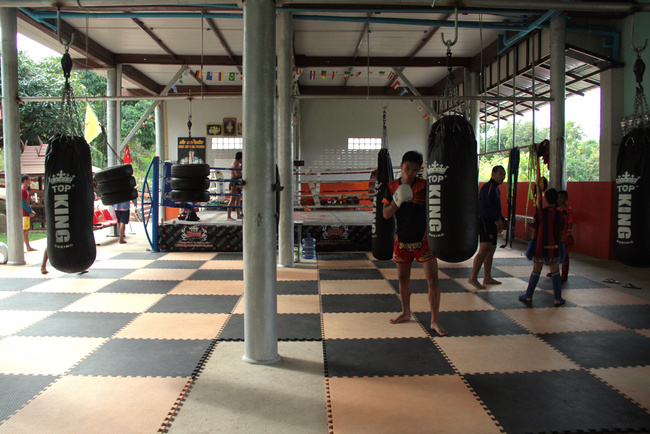 I fight every 45 days, which is less frequent than many other fighters, but it's what management feels is best for me. I'm able to make enough money on this schedule. My gym supports me in both fighting abroad and here in Thailand, which is why I can do both.

What I don't like about fighting in Thailand is mostly just the weight cuts. They're big cuts, and they're frequent. I'm only 19, and I know I am still growing. I really want to put on weight so I can get more fights abroad, but these weight cuts are really wearing me down.

It's gotten hard for me to find opponents in Thailand. I don't fight here much anymore because at this point, there are only three or four people I could fight. That's a big reason why I'm trying to go abroad more. There's more opportunity outside Thailand. New opponents, new styles, new techniques. 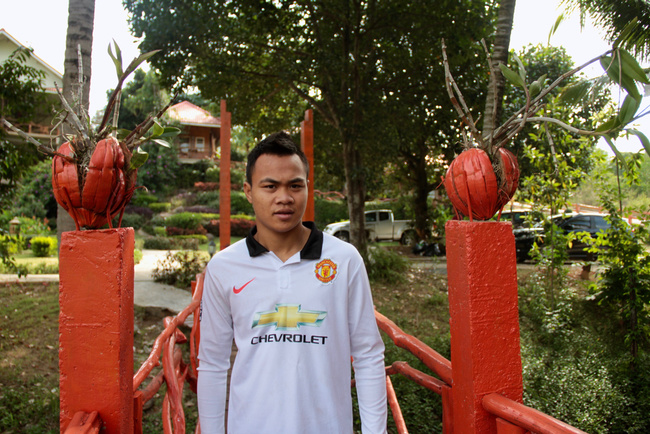 I like fighting abroad. It's fun to travel. I've fought in France a couple times.

When you fight outside Thailand, there's no side bet, no pressure from gamblers. As long as you put on a good show, the audience doesn't care as much if you win or lose.

But you have to fight differently outside of Thailand. My coach Kem Sitsongpeenong is changing my style for international matches. I have two different styles now: one for here and one for abroad. Training is exactly the same in a physical sense, but it's a different mental preparation.

I have no idea what to expect when I'm fighting foreigners. Like in Round One, I don't know if they'll come out slow or come out fast, no idea what style they'll fight. They could start slowly like a Thai, or come out crazy or with hands. Fighting against Thais, I know what to expect. I have a background knowledge of my opponents. But foreigners? Usually not at all. 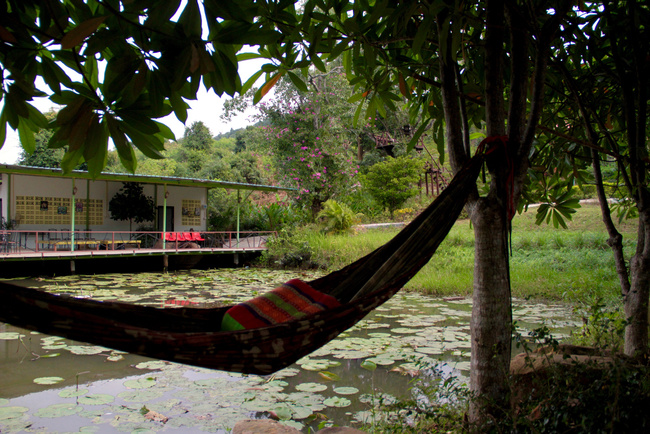 I dropped out of school when I was 11 or 12 because I felt Muay Thai was more important. I'm currently studying for my high school equivalency diploma. Looking back, I'm still glad I quit school because at that time in your life, as a fighter, you have to make it to the top. I did what I had to do to further my career and get me to where I am now. I was such a dedicated fighter that no one ever said anything negative, no teachers told me I was making a mistake. I wasn't a very good student anyway.

My parents were supportive too. I think they're very happy with how things are now. They want me to keep fighting and they're proud I have made a name for myself.

If I didn't have Muay Thai, I would still be struggling as I did when I was as a child. There would be no way for me to improve my situation, no way to live differently than my parents did. 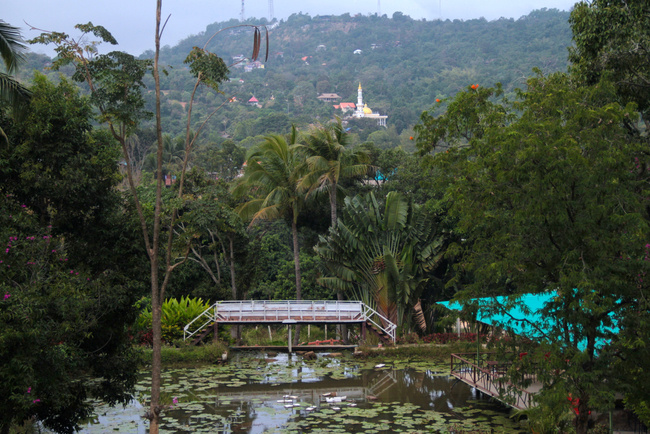 I have a family now. My wife is 20; we've been together four years. She's studying for her bachelor's degree. We have a three-month-old son. He and my wife live at home with my parents in Isaan. I know my son will grow up watching me fight, and if he ever wants to fight, that's okay. It's up to him.

I'm a fighter, yes, but I don't want to open a gym down the line. I'd rather open a small business in my hometown. A pig farm. You're laughing, but it's true. My family already has one and I want to improve it, invest and make it much bigger.

I also want to be a soldier. A soldier with a pig farm. I'm a voluntary soldier right now, registered in Chonburi. I check in and fight amateur bouts for the military. So far, I have two gold medals. Those fights were amateur so we had to wear headgear. They were very evenly matched, and the boxing was hard. I was really happy to have won those gold medals because it means I'll be guaranteed a good job in the military. 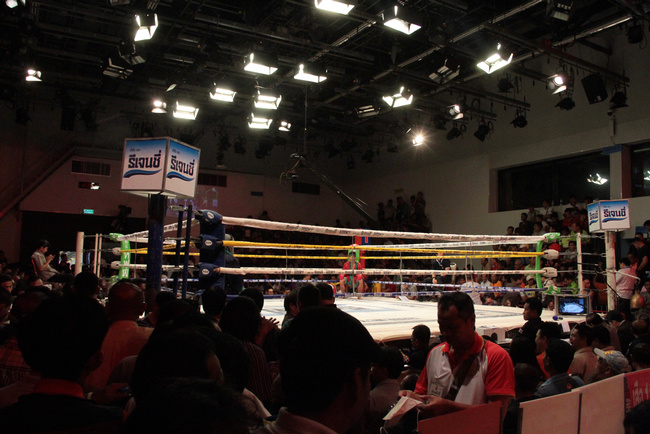 Returning to Isaan to Fight

I've fought only a few times in Isaan since moving to Bangkok when I was 14, maybe 10 times in all. It's a lot of fun to fight in Isaan because it's so natural and part of the culture.

It's totally different in Bangkok vs. in Isaan, the way you get treated when you win or lose. In Isaan, when you fight, your family and your corner are there and the gamblers are basically happy with you, win or lose. In Bangkok, though, it's such a drastic difference between winning a losing. If you lose in Bangkok, they'll accuse you of not training properly, they'll make all kinds of accusations. In Isaan, they know your backstory. If you lose but put on a good show the gamblers can arrange a rematch and get their lost money back. The gamblers in Isaan have this mentality of, "Oh, it's okay because I'll get my money back." But in Bangkok, if you lose, it's like you're worthless to the gamblers, and they aren't afraid of letting you know that.

So yes, I like going back to Isaan for matches. But when I used to go back to Isaan, all my "bad" friends would come find me and ask me to help them fight. Street fights, I'm talking about. It always happened whenever I came home from matches in Bangkok. My friends would come over, tell me they were having problems with whomever in the village, and ask for backup. 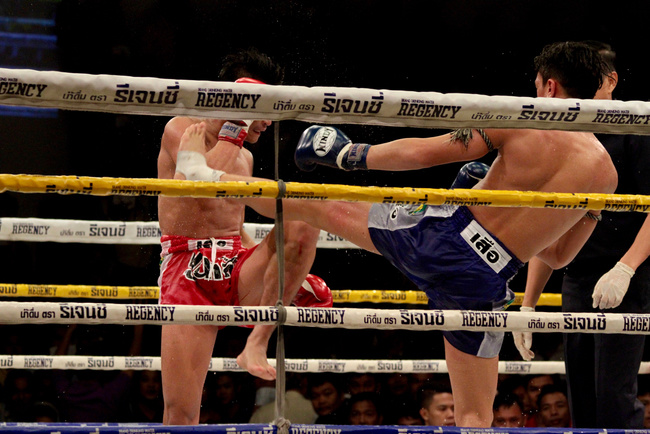 The reason I fought was because if I didn't help my friends, then the bad guys would come after me next. So we all fought each other. That's just how it goes in Isaan, it's just what you do. I never fought with knives or brass knuckles. I use my brain and I don't fight if the opponents have knives. If they have knives, you have to reassess the situation.

I don't get involved in street fights anymore, though. My friends know not to come around asking for my help anymore. I told them I'm done with all that. I have a son now, and I want my son to have a father.