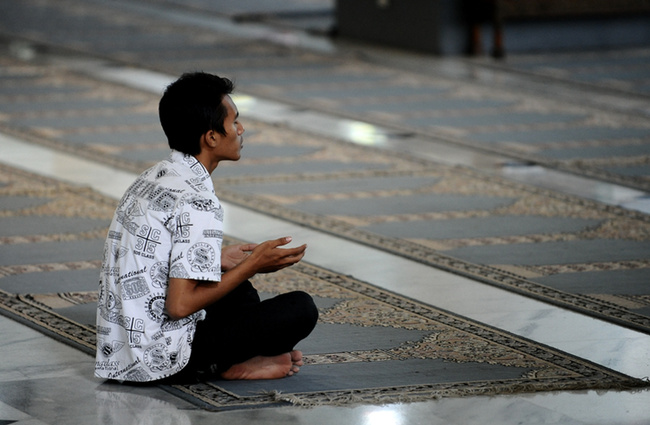 Azhr prayer on the second day of Ramadan at Al Akbar Mosque in Indonesia. Photo by Robertus Pudyanto/Getty Images.

Sacrifice is a word often used by mixed martial artists to describe their journey towards professional success and athletic dominance, as they forgo society’s status quo to escape the mundane existence of ordinary life. Fighters experience the elated highs of victory, but with the glory comes a price; they sacrifice family, relationships, and comfort, all in pursuit of grand dreams of having their hands triumphantly raised.

Temperance, of course, is nothing new in the world of MMA, but for a select group of athletes, Muslim fighters, the practice of sacrifice takes on new meaning during the month of Ramadan, the holiest period in the Islamic calendar, when devout followers abstain from food, drink, and sex from sunrise to sundown. And for bantamweight Irshaad Sayed, a native South African who fights out of Singapore’s Evolve MMA camp, the rituals of Ramadan supersede any of the rewards mixed martial arts can provide.

“My religion comes first… MMA, work, and everything else follows,” explains Sayed, who currently competes for the EFC Africa promotion. “The purpose of Ramadan is to make us aware of how lucky we are to have what we have. The hunger makes us conscious of others less fortunate than us that may not have access to clean water or three meals a day.” 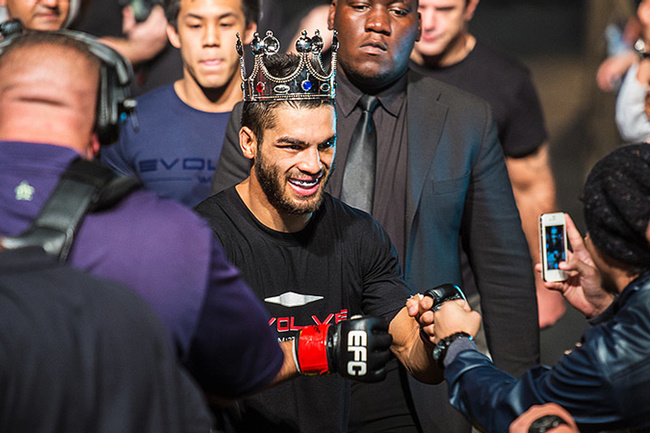 Sayed, 25, is a bit of an adrenaline junkie. A decorated Muay Thai champion and China’s inaugural 135-pound titleholder under the RUFF banner, Sayed jumps out of planes, conquers gnarly terrain on ATVs and jet skis, and catches some mean air on both snow and wakeboards when he’s not knocking dudes out or sinking in suffocating chokes. But during Ramadan, all of his focus centers on his faith in Allah, drawing inspiration from the Quran, Islam’s holy scripture, and the Prophet Muhammad.

Waking daily before sunrise to partake in the first of five daily prayer sessions, Sayed re-prioritizes his life during Ramadan, limiting training sessions to once per day, to account for the decreased energy he experiences due to fasting. He also refrains from competition, which has puzzled promoters in the past, many unable to understand why a professional fighter would pass on any opportunity to showcase their skills.

“Others would think it's hurting my career, but I see it as a positive,” offers Sayed. “I'm giving my body 30 days to heal and cleanse itself while I grow on a spiritual level.”

Non-Muslims may have difficulty comprehending Sayed’s decision to choose faith over fortune, but the sacrifices of Islamic MMA athletes recently gained further exposure, when undefeated UFC lightweight Khabib Nurmagomedov passed on a lucrative chance to headline a July card on account of his strict adherence to Ramadan. 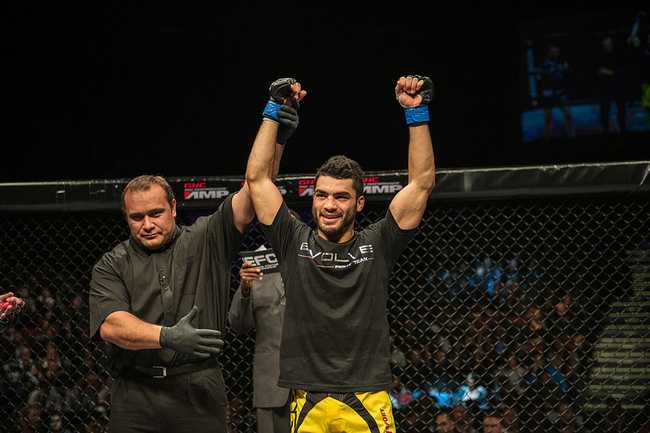 Like Sayed, Nurmagomedov is a staunch Muslim, who did not hesitate to place his religious beliefs above professional accolades. And while a hypothetical victory in July would have put Nurmagomedov in title contention, his absence from the event has been met with respect from his peers, namely Sayed.

“He has his priorities in order,” comments Sayed. “It's nice to see guys right at the top still remembering what is important to them, even though there must have been great pressure on him.”

Dealing with pressure is nothing new to Sayed, who left his home in Cape Town at age 17 to take up with kickboxing greats in Thailand. And after claiming several national, continental, and world Muay Thai titles, he transitioned into MMA on the strength of his crisp and smooth boxing and improving ground game.

But temptation remained ever-present in Sayed’s life, the wayward vices of Southeast Asia: booze, drugs, prostitution; thrust constantly in his face. It was during this time that Sayed not only discovered the phenomenal strength of spirituality, but also learned the value of civic responsibility and philanthropy. 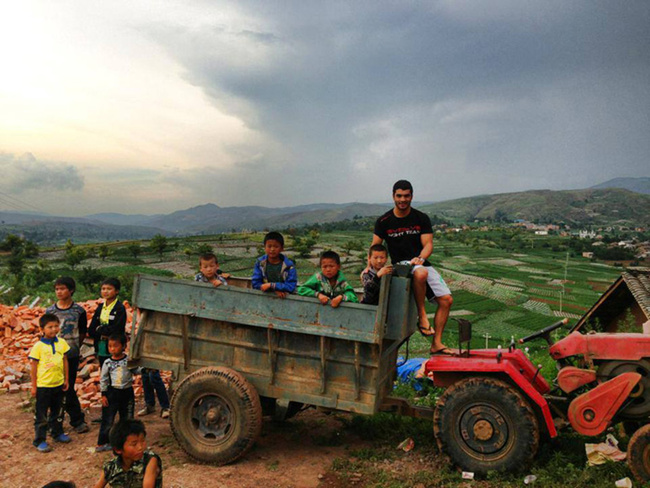 “My religious background kept me on the right path,” adds Sayed, who, in 2013, donated roughly $10,000-dollars to build a school for the children of underprivileged villagers in rural Yunnan, China. “There was a religious influence in my decision … it’s always a great feeling to help out those in a less fortunate position than ourselves.”

Now on the eve of Ramadan, Sayed is preparing for his next spiritual offering to Allah. In addition to his five daily prayers and month-long fast (which he is allowed to break daily at sundown), he devotes large stretches of Ramadan to attending Mosque and reading from the Quran. He also partakes in an i’tikaf for the final ten nights of the holy month, sleeping at the Mosque for Laylat al Qadr, or night of destiny, a remembrance of when of the first verses of the Quran were revealed to Muhammad.

For Muslims to participate in i’tikaf, the religion requires adherence to four basic tenants, namely that they must have true faith, they must seek closeness to Allah, they must remain inside their Mosque for the duration of the ritual, and they must posses mental stability, fortitude, and intelligence. And it is in this final attribute that Sayed has found a divine connection between the temple and the ring.

“The life of a professional athlete fits pretty well with the life of a practicing Muslim. Islam… promotes a healthy lifestyle,” states Sayed. “A huge part of fighting is mental, and my religion gives me the mental and spiritual strength I need when I enter the cage.”