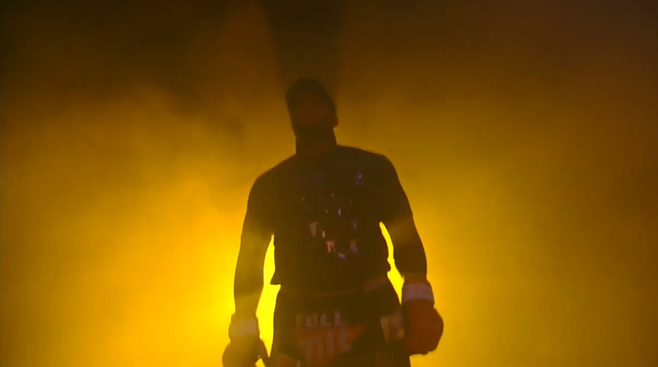 In today’s My First Fight, we talk to Daniel Cormier, who will defend his belt against Anthony “Rumble” Johnson in the main event of UFC 206 in Toronto, Canada on December 10, about his less than traditional ascent from bullied child to UFC light heavyweight champion.

From The Karate Kid to Georges St-Pierre, there’s a narrative about bullying and martial arts that we’ve come to know and love: Kid gets bullied. Kid turns to martial arts to learn to learn self-defense. Kid fights back—respectfully—and wins, often gaining some greater combat glory in the process. Reigning UFC light heavyweight champion Daniel Cormier’s fighting story has a similar beginning and triumphant climax, but the journey from A to B went a little differently for him.

“I wasn’t necessarily a big fighter growing up,” he tells Fightland. “I was one of the kids that actually tried not to fight, so I got bullied a bit. But yeah, I wasn’t a very good fighter as a kid.”

Even if he’d had any skill back then, it never really occurred to him to retaliate or defend himself. “I actually used to take it. I was the kid that got beat up and was like ‘I’m not dealing with this. I know I’m going to get beat up worse so I’ll just take it,’” he explains with a shrug.

Nor did he learn to talk back during these encounters. His current facility for verbal barbs, he explains, came from an entirely different source. “I learned talking trash from video games with my friends. That’s all we did growing up. So that’s where I learned it. I was around so many guys, all of the time. Ten, fifteen guys daily. Constantly just gibbering and jabbering at each other.”

He never used those sharpening skills against his bullies, though. In fact, he says we still haven’t seen what he’s capable of in that regard in the UFC. And we probably never will. “I’m much more of a handful whenever there are no cameras. I haven’t really let loose all of the stuff that I can say to people. I don’t want my kids to google me one day and see me acting too crazy.”

What he did find instead was a new hobby. Cormier says that learning to wrestle “changed everything.” But there’s not a single moment in his storied amateur wrestling career that he would consider fodder for this feature. “That wasn’t a fight,” he says, as if the very notion is absurd. “That was competition.”

At least that was what a young DC had to tell himself to psych himself up for matches before he became a fighter. “If it was considered a fight, I would have been too scared to do it back then! I was terrified. Of everything.” 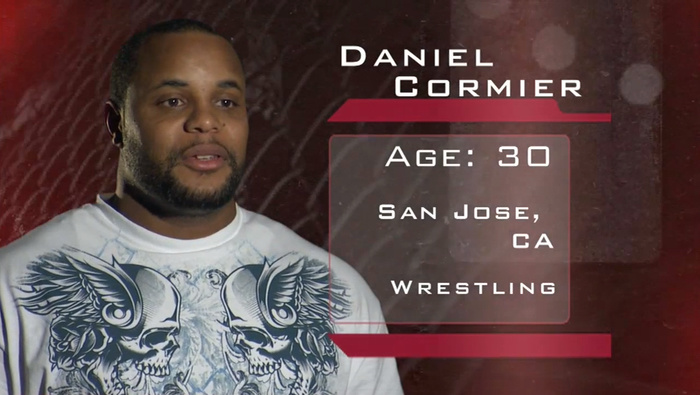 That fear followed him throughout his wrestling years. But as he prepared to step into the cage against Gary Frazier for his professional MMA debut at Strikeforce Challengers 3 on September 25, 2009, something finally clicked.

“I had come to peace with [the idea of fighting]. That this was what I was going to be doing. I wasn’t scared.”

And if he couldn’t stand and bang with Frazier, he could always turn the bout into a mere competition. “If everything else fails, if this guy’s too good with standup,” he told himself. “I’ll just take him down. [Then] it’s just a wrestling match.”

It didn’t come to that. Cormier and Frazier did end up on the ground, but Cormier did far more than just compete once they were there. He won at 3:39 into the second round with a TKO and officially, by his own standards, became a fighter. “I was like ‘I guess this will be OK.’”

With this new concept of himself came a new mastery of the fear that had lurked on the edges of his childhood playground encounters and his adolescent and young adult wrestling career. “Fear doesn’t determine any of my actions. My decisions aren’t based on fear. They’re made and based on fact.”

And what do those facts tell him about his forthcoming rematch against Anthony Johnson on December 10? “Fact is, I beat him and I’m going to do it again. Because I know that, over 25 minutes, I will out-hustle him every day of the week. I know that if he doesn’t knock me out, then he’s going to lose that yet. And nobody’s done that yet. So I’ll be fine.”