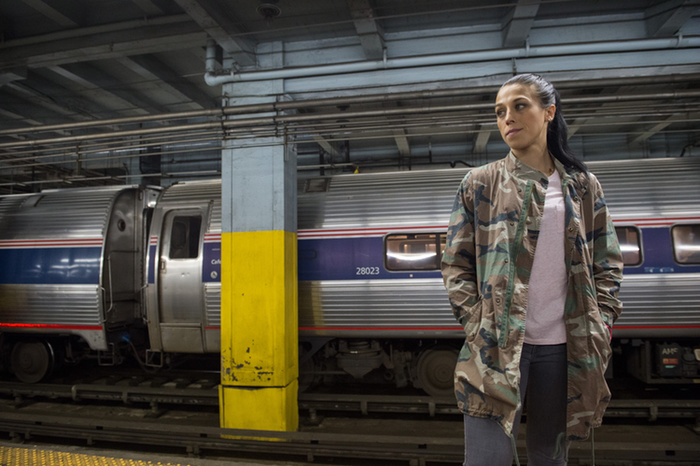 In today’s My First Fight, we talk to Women’s Strawweight Champion Joanna Jędrzejczyk, who will face Karolina Kowalkiewicz at UFC 205 on November 12, about the makeshift stadium, the bloody nose, and the nervous dad who made her realize that she had found her “thing.”

Joanna Champion is about to defend her title—and her name—at what is arguably the biggest and most storied stage in the UFC’s history as part of the promotion’s New York state debut at Madison Square Garden this Saturday. In size, prominence, and history, the legendary arena in New York City is about as far as you can get from the small gym where she made her first public appearance as an aspiring fighter more than a decade ago. But the excitement that the teenage Jędrzejczyk felt that night really isn’t that different from what she’s about to experience at MSG.

Jędrzejczyk originally took up Muay Thai because she wanted to keep in shape, but her real motivation for being there transformed almost immediately. “I wanted to lose weight,” she tells Fightland. “But after a few trainings, I felt like home. I felt like this is what I want to do with my life.”

Two months later, she was ready to spar. And her coach decided to make an event out of it. “It’s a funny story,” she laughs. “It was a small place, where we used to train, and one of the coaches, he made a ring. He put lots of chairs out, so it was kind of like a ring.”

He then invited a fairly sizable crowd, including Jędrzejczyk’s whole family, to witness the makeshift fight card in their MacGyvered ring. Almost 60 professional Muay Thai matches and 12 straight MMA victories later, Champion still speaks of the haphazard venue with a bit of awe mixed into her wry observations. “You know what? I felt like ‘Oh, this is just sparring, but it’s so official! It was like a small Fight Night. There were maybe 50 people, but good emotions. Lots of adrenaline.”

Jędrzejczyk didn’t walk away from that first sparring session unscathed—“I remember my nose was bleeding...” she recalls—but she was undeterred. “But of course I wanted to fight because I was a competitor from the beginning!” she concludes. “After that, I started sparring more and started competition after six months and, after that, I was competing every month because, in Muay Thai, you can compete more often.”

Her dad was somewhat less enthusiastic when their family returned home from the show that first night. With his young daughter still bloody-nosed and bloodthirsty, he started to get a little nervous about her future prospects. “My father said ‘I can’t handle that! That my daughter is a fighter,’” she recalls with more than a little amusement now. “But I was so excited that I could do that and I wanted to keep doing it because I felt like this is my thing. I want this... I felt like I fell in love, you know?”

Jędrzejczyk’s father’s feelings on the subject eventually changed. Her unwavering passion for combat, however, remains as steadfast as ever.