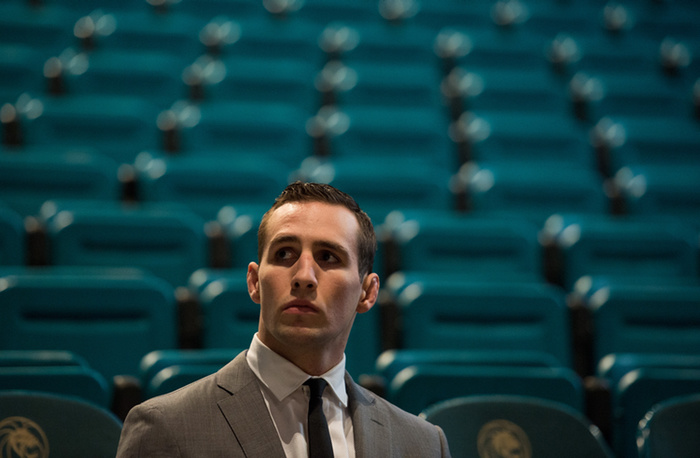 In today’s My First Fight, we talk to UFC (for now) welterweight Rory MacDonald about a single class that changed everything.

It borders on the melodramatic to say that Rory MacDonald will be fighting for his life when he steps into the Octagon to face Stephen Thompson in the main event at the sold out UFC Fight Night in Ottawa, Canada on June 18, but he’s certainly fighting for his livelihood. The fight is the last in his current contract with the UFC, and the soon-to-be free agent knows that a win over his friend and fellow contender for a shot at the welterweight crown will be a very effective bargaining tool as he faces the next step in his career.

“This one has a different feel to it. After the last fight, I guess I’m taking it a little more serious financially, taking it a little bit more serious at that end,” MacDonald says of the bout. “This is my job, too, at the end of the day. As much fun as it is training and the success, the ups and downs, and the whole process of it, this career is a very short one. If you look at the long picture, I have to not just provide for myself to get to the end of the road of fighting, but I also have to have left over so the ones I have to take care of are provided for.”

This isn’t a money grab for MacDonald, nor a case of callous opportunism. He is simply trying to provide for himself and those close to him while staying true to his calling. It is, after all, the only thing he’s ever wanted to do. 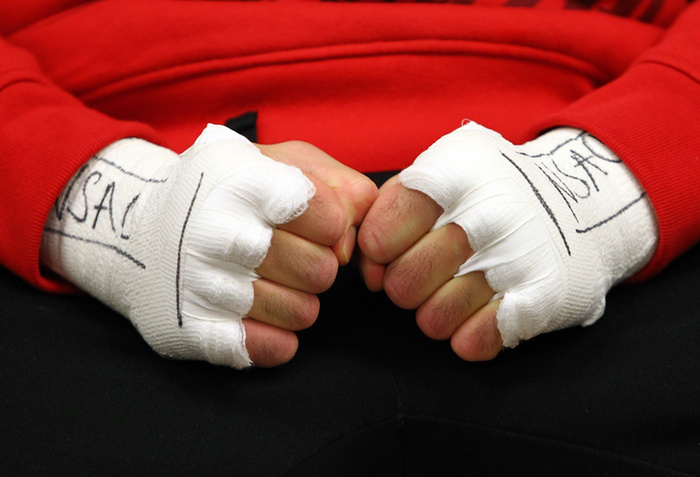 Like many Canadians, the British Columbia-born MacDonald first foray into the world of sports was through hockey. Unlike some of his fellow Canucks, though, his heart was never truly in it. “My parents wanted me to play hockey for a lot of years, so I was kind of distracted by that, but I was really losing interest around 13 or 14.”

For the young UFC fan and future Red King, mixed martial arts provided an immediacy and power that the great white north’s national winter sport couldn’t come close to replicating. “Hockey’s fun and it’s a fun game, but it’s not as real as combat. I think [martial arts are] more raw human instinct, for sure.”

Fisticuffs on the ice weren’t a particularly appealing—or legal—option for him at that point in sporting life, either. “We weren’t allowed to fight at that age,” he recalls. “But I was a rough kid.”

He may have occasionally indulged his aggression and killer instinct through even less admirable activities in those early days, though. “I’d find ways to fight,” he says with a laugh.

When he was 14, he found better outlet for those attributes. His father took him to Toshido MMA in Kelowna, BC, for his first martial arts class. MacDonald learned a kimura from guard that day. The he took a Muay Thai class and threw his first kicks. He hasn’t stopped since.

“I really realized why I love this. This is something I want to do,” he says of that moment. “I didn’t know if I could do it or not, because I didn’t have the confidence, maybe. But I knew it was something that I was going to pursue for the rest of my life.”

Twelve years later, his only regret is that he had to wait as long as he did to take that first step. “I kind of wish I’d started earlier, instead of playing hockey. Even though hockey was fun for a matter of years, I think my real interests were always martial arts.”