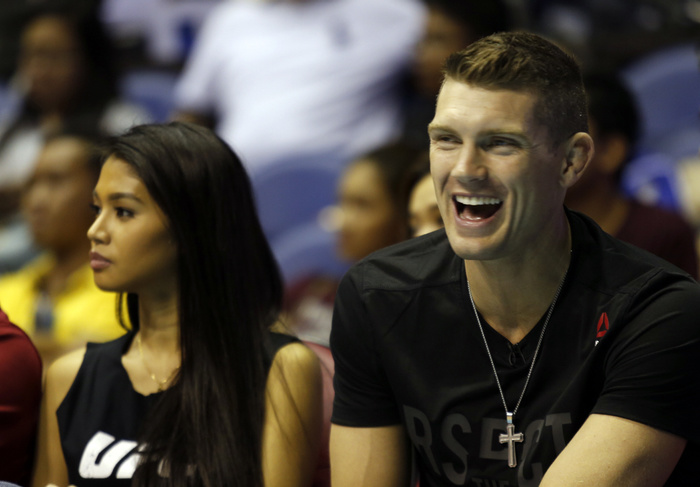 In today’s My First Fight, we talk to kickboxing giant turned top UFC welterweight contender Stephen “Wonderboy” Thompson about a sparring session that didn’t go quite as planned... for the other guy.

Last month, as the ongoing feuds between the likes of Jon Jones and Daniel Cormier and Conor McGregor and everyone continued to dominate the UFC news cycle, the headliners of the forthcoming UFC Fight Night Ottawa came to Canada for a very different kind of media tour. Not a single shoe—or even an insult—was tossed in either direction as national hero Rory MacDonald and South Carolina’s own Stephen Thompson made various appearances and conducted interviews in both Ottawa and Toronto. In fact, the entire process was conducted with a cordiality that was remarkable even by Canada’s stereotypically polite standards.

MacDonald and Thompson have been friends since they met at Tristar, when the the latter, who was still competing as a champion kickboxer at that point, was brought in as a training partner for Georges St-Pierre. The Wonderboy admits that their relationship has made the promotional aspect of this event much easier to deal with.

“It really does. I’ve never really had any beef with anybody yet, so I think that’s a good thing,” Thompson told Fightland. “But actually it makes it easier for both of us because we’re just hanging out. Of course, when we leave, we’re going to be focused on our game plans and doing what we do best, and I probably won’t see him until June 18.” 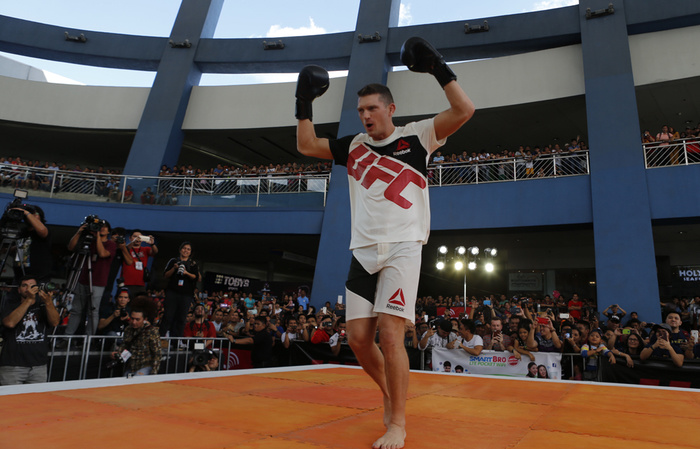 While it might have made for a pleasant media tour, a beef-free Thompson might actually be more dangerous for MacDonald. Working alongside his highly-skilled friends and family and then defeating them appears to be the Wonderboy’s forte.

Thompson, the son of multiple black belt and championship-holding karate and kickboxing master Ray Thompson, was born into martial arts, and he started his own training when he was just 3 years old. By the time he was 12, he was ready to begin his full-contact kickboxing training. That was when he became cannon fodder for one of his siblings and her gym mates. “I started that because my older sister [Lindsay Thompson Machado, now married to BJJ great Carlos Machado] fought before me, so I was a sparring partner for her, and I was the nail for a very long time. Not just with her, but I was fighting world champions at the time.”

It was a lot for a young adolescent, even one as accomplished and disciplined as Thompson was, to take. But he learned from every single one of those constant defeats.

“Being the nail for so long, and getting beat up by these guys—and my sister—it was kind of embarrassing but, you know, three years down the road, I was schooling them at the age of 15 and 16 years old.”

There was one particular sparring session during that period where everything finally clicked. “I was fighting a world champion and I could tell I was frustrating him. He was getting angry, because he couldn’t throw me around like he used to. He couldn’t hit me. And after that, I came out of the ring, I looked at my dad, who was our trainer, and he had a big smile on his face. I was like ‘You know what? I could do this for a living. I’m going to give it a shot.’”

That shot turned into a storied kickboxing career. Then, as he realized that he’d done “pretty much every I could for kickboxing,” Thompson was offered the opportunity to become a bit of a nail for a whole new brand of fighter when UFC legend in the making GSP became the first of many high profile MMA competitors to request his assistance as a training partner.

Once again, the Wonderboy learned from being on the receiving end of greatness. And once again he reached a point where he realized he was pretty good at it himself. “I was like ‘You know what? I’m training with these champions. Guys like Georges St-Pierre, Rashad Evans, Nate Marquardt... Let me give this MMA thing a shot.’ So I had my first fight in 2010 and here I am today. To be honest, I’m blessed to be where I’m at.”