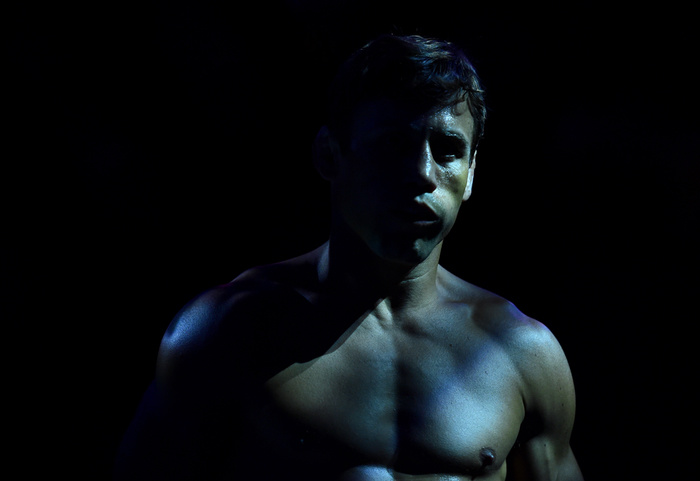 In today’s My First Fight, we talk to Urijah Faber, who faces Jimmie Rivera at UFC 203 this Saturday, September 10 in Cleveland, Ohio, about his first pro fight. And about the time his mom gave him permission to beat up a couple of guys in high school.

Urijah Faber suspects that his first professional fight—against Jay Valencia at Gladiator Challenge 20 on November 13, 2003 in Colusa, California—is the one that he wants to discuss for the purposes of this feature. But the former WEC featherweight champ and current #2 ranked bantamweight in the UFC runs through a brief recap of his formative years just to be sure.

“Let me see if I had a moment before...” he muses. “I mean, I never really got into a ton of fights growing up, just because I was scared of my mom and I wasn’t allowed to fight people. I had one fight in high school, with permission from my mom*, and then I had a few fights in college.

“I was wrestling Division One in college and, in the off season, I’d have a couple of fights. There’s a different mentality in different neighborhoods and different communities and so, in college, you’re getting all of these different guys from different places who have different rules about what you can and can’t say and do without getting punched. So I’ve never been afraid of confrontation. I’ve never been the type of guy who allows myself to be picked on, or anything like that.”

In fact, his whole professional MMA began—perhaps a little sooner or faster than he’d originally anticipated—because he wasn’t intimidated by the prospect of a fight. He took his debut against Valencia (who was 1-2 at the time) on just a month’s notice.

Although he’d never been one to back down from a challenge, Faber admits that he did wonder how well he’d handle this somewhat last-minute offer. “I’d never willingly signed up for a fight before and, you know, you have this self belief where you think ‘no one can beat me up’ and then you get an opportunity to prove it,” he recalls. “And I remember, I told myself that if I spent the whole month being stressed out and worried about this, I wasn’t going to do it again.”

But he didn’t worry. At all. “As soon as I accepted the fight, I had about thirty seconds of the hair standing up on the back of my neck and getting goosebumps like ‘Man, I just signed up for a fight a month away!’ But after that, it was all forward-thinking and wanting to prepare. So, at that point, I knew that this was something I could do, because it wasn’t going to be an uncomfortable process to prepare. It was going to be something I was excited about.”

That excitement continued throughout the fight—which lasted for just under a minute and a half before Faber submitted Valencia with a guillotine—and well into the post-fight celebration and analysis. “I had a crazy adrenaline rush. I remember watching the fight over and over again. It was the first time I had a fight of mine on tape, so it was cool to be able to watch it over and over again show your parents and family, and stuff like that.”

Anxiety-free training and fighting is a principle that Faber continues to live by, one that’s as true going into his UFC 203 match against Jimmie Rivera this weekend as it was almost 13 years ago in Colusa. While other elite UFC bantamweights have shied away from the young UFC upstart with an 18-fight win streak (including Bryan Caraway, Aljamain Sterling, and Takeya Mizugaki, according to Rivera), Faber was happy to take the fight. And to sing his opponent’s praises in the process. “He’s good! I mean, have you watched his fights?” he enthuses when asked about the amount of time he’s spent talking up Rivera in the press.

“I was told before that people had turned down this fight because he’s very tough and no one knows who he is, really,” Faber says of the matchmaking for his forthcoming bout. “And then I heard Jimmie kind of tell the tale of the guys who have turned the fight down and how he’s having trouble getting fights. And I’ve actually been in that situation where I’ve had trouble finding fights, not necessarily for notoriety purposes, but more because people are scared. There’s a bunch of wusses out there in this sport, and this is a fight sport. As a guy that’s been established and a guy that’s been around, I like to be a leader in that front and say yeah, I’ll fight whoever those guys want.”

Of course, Faber is the first to admit that everyone who turned down the fight has a legitimate reason to think that Rivera is a threat. So is he worried about facing El Terror this weekend?

“No,” he laughs. “Worried is not my thing. I mean, I would be in the wrong sport if I’m worried about fighting guys.”

*We later followed up on this mother-sanctioned fight. This is what he told us:

“When I was in junior high, my whole family started a small little coffee shop called The Morning Glory, and that was our family business. When I was in school, I’d sometimes work until 11 or 12 at night in the coffee shop, cleaning up the place and all of that kind of stuff. When I was a junior in high school, there was a continuation school right next to our high school and three of the kids from the continuation school had been coming in the coffee shop and harassing my mom. They were spitting on the ground inside and she asked them to stop and they told her to eff off and they were being really rude and called her a bitch or… I can’t remember. Basically they were harassing my mom.

“And so my mom and my stepdad at the time told me the story. Not necessarily ‘hey, go beat there guys up,’ but it was kind of an unspoken thing where I could handle them if I saw them. So two of these kids came in and I told them they needed to leave and why. I actually had a friggin’ apron on at the time. I was washing dishes and whatnot, and I told one of the guys ‘Hey, tell so-and-so if I see him, I’m going to whoop his ass,’ because [the third guy] wasn’t there at the time. He asked me why and I said what [the other guy] had been saying to my mom, and he said ‘Well, your mom’s an effing bitch. If you fight him, you’re going to have to fight me, too.’”

“And so I went outside and I fought them both and I just beat the crap out of them. And I knew I wasn’t going to get in trouble.”