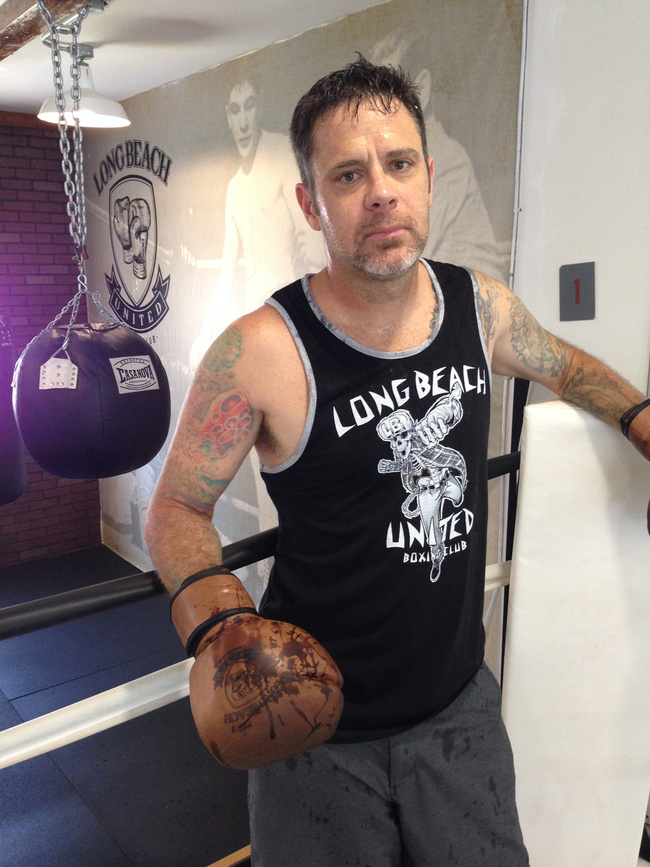 The band cosmology breaks down thusly:

So it's no surprise at all that Erik Sandin, drummer for NOFX has managed to be the drummer for NOFX, the group he founded and has drummed for since 1983, absent a few years off, without being in some kind of shape for both drumming and drumming a lot: 12 albums, a bunch of EPs, singles, over 6 million records sold, and the approximate number of shows you need to have played to move those kinds of numbers.

Not so bad for a 48 year old. Who's trained Brazilian jiu jitsu (BJJ). And boxed. And, actually, in fact, owns a boxing gym. Where MMA significant Emmanuel Newton trains.

Fightland: You know for a long time being into punk rock and any kind of sporting thing marked you as a "jock" and sort of below serious consideration. At least in Northern California. But you boxed?
Erik Sandin: Well, a friend got me into it. Actually Doug MacKinnon. He used to drum for The Vandals. And then later for Madball. He had been an undefeated pro boxer and some kind of national champ and he was teaching people.

And you were one of the people he was teaching. How tall are you?
6'1". 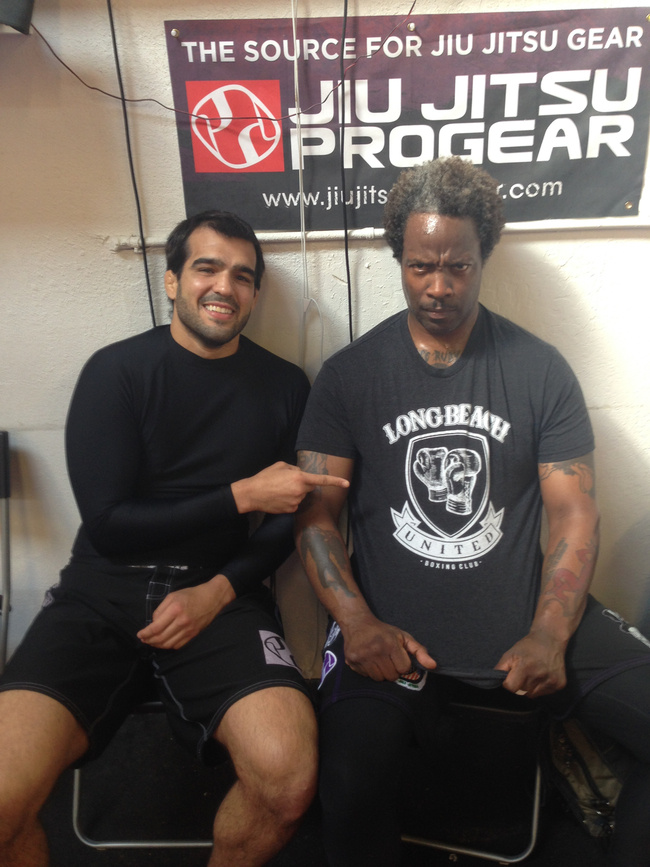 We're in the same bracket then. I mean I weigh 210 now. I see a challenge looming. And you train jiu jitsu?
[laughs] Yeah. I'd been at Gracie Barra for a long while and then moved over to the Mendes brothers, where it felt like I was starting over again. They're very technical. But, yeah, the UFC stuff put this all on the map for me in a way that wove together all of the pieces: with beautiful technique. They say it so much that you forget how true it is but it's really a chess match and it piqued my interest.

A big jump from being interested to actually opening your own place though…
Well, MacKinnon was in Miami and I always used to say to him that whenever he wanted to open up his own place he should call me and one day he did and asked "does that offer still stand?"

So we opened up Long Beach United Boxing Club over on Retro Row in Long Beach. We really wanted it to be like a 1950s boxing gym, same vibe. Like Gleasons. Even down to the music we play: Bill Withers, James Brown, punk rock, old school. It doesn't need to be super modern. But we have about 250 members, 70 kids. Emmanuel Newton trains here. He's into punk rock too.

OK: your MMA Walkout song. What's it going to be?
Tip Top Through the Tulipsby Tiny Tim. I discovered that if I take it too seriously that I tighten up when I fight. But if I am silly, then I relax. And those tough guys with tough songs? Those guys lose.

Hey. I used to like Tiny Tim even though I don't remember but that one song. Well, thanks.
Thank you, man.

[30 minutes later a text comes in]

Changed my song. Is it too late to change? The Stooges, I Got A Right. I feel like this is the very first punk rock song and punk has defined my life.

Check out these earlier installments of our "My Walkout Song" series: