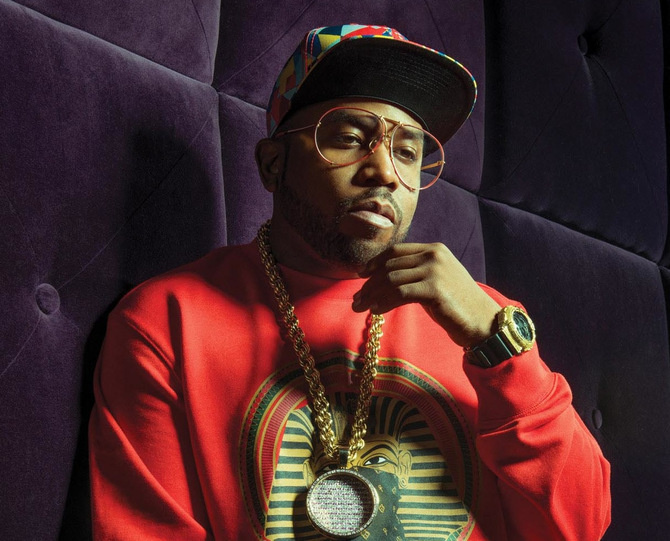 Last week, Big Boi celebrated the upcoming release of his second solo album, Vicious Lies and Dangerous Rumors (out today on Def Jam), by premiering single "In the A" on Noisey.com. Now the longtime MMA fan (“since the days of Royce Gracie”) is back in the VICE fold to talk about what makes a truly great MMA walkout song and explain why one of his own songs is the perfect choice.

Sample lyric:
Get the South dick up out your mouth/ what are you talking about?
See we know everything you're about/ so try another route.
Paperboy, you can't destroy/ what we done built.
Pick on someone your own size/ or fuck around and get killed.

Fightland: Why did you choose "General Patton"?
Big Boi: It just makes you want to whoop ass. Like you wanna tear some shit up.

What makes a great walkout song?
It just has to be rowdy. For one, the beat gotta be crazy. The beat has to be knockin’ and there has to be some sort of loudness to it. With "General Patton," it has an opera riff in it, and it just sounds real eerie. It sounds like gladiator music.

Does the crowd get excited when you perform "General Patton" live?
Hell yeah. They start mashing, the mosh pit gets started, people start poppin’ up, crowd surfin’ and they’re passin’ people from the front to the back of the house. It’s dope.

How about you? Do you train? And when you do, do you listen to this song?
I just do push-ups. And I run. I listen to "General Patton" a lot when I'm running. You get a lot of miles out of that song.

Check out these other installments of our "My Walkout Song" series: