My Walkout Song: Brian Fallon of The Gaslight Anthem 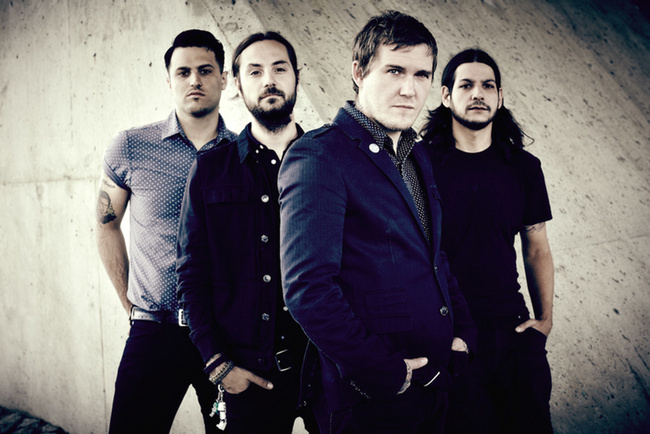 The frontman of self-styled New Jersey “soul punks” The Gaslight Anthem, Brian Fallon has transitioned from tattooed outsider to gentleman rock ‘n’ roller over the course of five studio albums. This year’s Get Hurt might have been composed in the shadow of his divorce and fears of creative burnout, but it doesn’t want for fighting spirit. We caught up with him to find out why he loves martial arts and hates violence.

FIGHTLAND: So, who are the MMA fans in The Gaslight Anthem?
Brian Fallon: That’s Alex (Rosamilia, guitar), Ian (Perkins, touring guitar) and the other Alex (Levine, bass). A friend of ours got us into an MMA event in Australia and I was like “OK, I’ll check it out.” One guy punched another guy [...] I was like “OK, that’s enough for me, goodbye! I don’t want to see this!” It was the first punch that landed and it was perfect, I guess. I was like “I’m outta here—this is not happening! I cannot watch this.”

Why not? You’ve boxed and trained krav maga…
Yeah, but not in competition. I did jiu jitsu for a really long time, too, from when I was eight years old, but any time they did a tournament or anything I just wouldn’t go. It’ll sound silly on a fighting website but I’m not a fighting guy, I’m non-violent. I have a stance about it.

What got you into jiu jitsu?
I kept getting beat up at school when I was really little—I was one of those kids. I kept coming home with bloody noses and black eyes. My father was like “That’s it, you’re going here.” And I was like (sheepishly) “OK.”

The thing it helped with the most is not so much that it taught me how to fight as the discipline. It teaches you a work ethic, pushing yourself through it.

It also gives you a little bit of confidence because you know “I can do this if I have to,” but at the same time it doesn’t make you aggressive, which I like a lot. If you know you can break a guy’s arm it doesn’t mean that you should. They spent a lot of time in the school I went to teaching us how to avoid altercations using your words.

What do like about krav maga?
It’s very simple but very tricky. The thing I love about it is that you can be a small guy—I’m kinda short—and you don’t need to have any extra strength to do it. And they don’t do sparring. There are no tournaments, I like that idea.

I had a krav instructor who taught us how to rip people’s ears off…
Yeah, right? What’s good is you go to the school and the tiniest woman in there can be the most badass person in the room. It’s an Israeli form of self defense for regular people to use against invading armies, at least that’s the background I read about it.

The first lesson I ever took in krav maga, the teacher stood up in front of the class and said “Somebody points a gun at you and asks for your wallet, what do you do?” We were all like “Uh, we don’t know…” He pulls out his wallet and says “You hand it to them. Do not try to fight anybody if you don’t have to.” That got me into it more than anything.

Who was the inspiration for your song Boxer?
A friend I grew up with went through a real bad breakup and found himself living back with his parents. I remembered when we were living in New York we would see all these guys, whether they were wearing a suit or garbage men, walk into the boxing gym. You could tell that, as they were wrapping their hands up, as they were changing their clothes, getting into a sweat, it was like their mind was calming down and everything else in their day would sort of pass away.

I used to watch these guys shadow box and that image reminded me of what my friend was doing at the time, fighting his way through the next phase of his life and just focussing. He was at a point where felt like he was going to give up a little bit, that’s when I came up with the line “Remember when I knew a boxer, baby!” [to tell him] you used to fight all these things.

Calling a guy “baby” is like a joke where we come from. That’s just what we do!

Finally, even though you’re officially Not a Fighter, what would your walkout song be?
Oh man… (Starts laughing) There’s not a lot better than LL Cool J, Mama Said Knock You Out! That song is like “Alright, that’s it, now it’s on!”

That happened to me when I learned jiu jitsu. I never said anything to anyone when I was learning this stuff, so I showed up at school after a summer and there was this one kid who’d been pounding me—one time my eye got closed shut because it was all swollen—who came after me. I used all these things I’d learned. I was like “Whack, done! I’m out!” He was so shocked it had happened. It was round about that time the song came out!

Check more from our My Walkout Song column: