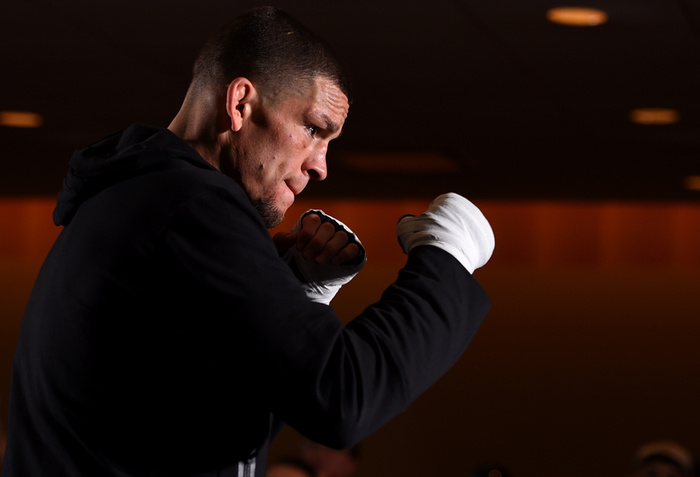 Earlier today, UFC lightweight champion Rafael Dos Anjos pulled out of his scheduled bout with featherweight champion Conor McGregor because of a broken foot he sustained in practice.

The news incited the ire of diehard 'Notorious' fans, who immediately cried foul, questioning the legitimacy of the injury and implying Dos Anjos was running scared.

After the initial emotional reactions subsided, the question then became: Who will fill in and fight Conor?!

The UFC was open to falling back on an interim title fight, but featherweight contenders Frankie Edgar and Jose Aldo both declined. Nate Diaz and Cowboy Cerrone made it clear that they would be willing to accept on 11-day-notice, and fans spend the rest of the day waiting for UFC to finish whatever negotiations were taking place.

Dana White wasted little time, and went on SportCenter at 11pm EST on Tuesday to announce Conor's new opponent for UFC 196, saying that Nate Diaz was the fight everyone wanted to see.

And there you have it. Check back in with us for all the necessary technical breakdowns of this exciting and wild matchup, but for now, think about what the weigh ins will be like at the MGM Grand.