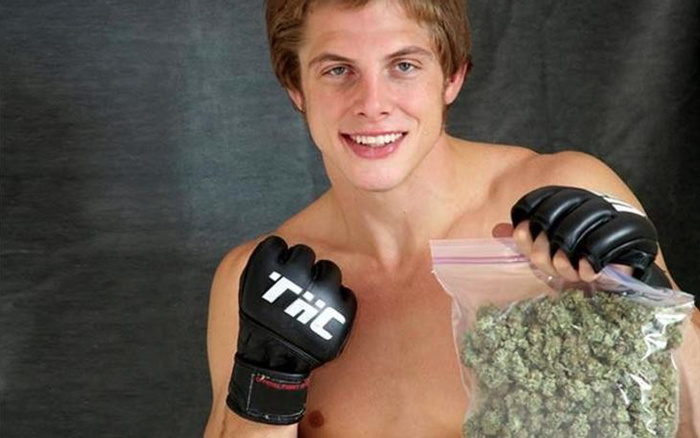 Rejoice, all you who love freedom and rationalism and fights between distracted athletes: This Friday the Nevada Athletic Commission will hold a hearing to discuss the possibility of getting rid of their ban on marijuana in mixed martial arts. Though lifting the ban would come too late to save MMA’s undisputed champion of marijuana use, Nick Diaz, who received a five-year ban from the commission after testing positive for marijuana metabolites in January 2015 (a ban later reduced to 18 months), it would signal an enormous step forward in the moral and medical enlightenment of the sport: the beginning of the end of the dark ages.

But before you (or Diaz) get too excited, it’s important to realize that any action the commission takes Friday would be only the first of several before they would actually vote on removing marijuana from the banned-substances list. According to the agenda for Friday’s meeting, the commission will simply be discussing “whether to direct the Executive Director to initiate a regulation project … to possibly amend Nevada Administrative Code (NAC) chapter 467 to include … the possible exclusion of cannabinoids from the list of Prohibited Substances and Methods.” So, first comes the discussing then comes the directing then comes the initiating then comes the amending then comes the excluding, and only then do they vote. And even if the commission does vote to end the ban, there would still be a three-month waiting period before the new rule took effect.

In addition, the U.S. Anti-Doping Agency (USADA), which is the UFC’s official anti-doping partner, still considers marijuana a banned substance, which means even if the Nevada Commission votes to change its rules UFC fighters under the influence would still run the risk of fines and suspensions—further proof, as if any were necessary, that drug policy in the United States continues to be a stunning testament to the power of absurdity.

The NAC’s decision to reconsider their cannabinoid ban comes two months after the passage of Nevada Ballot Initiative Question 2, which legalized recreational marijuana use in the state. As of Jan. 1, adults over the age of 21 can possess up to one ounce of cannabis, or 1/8 of an ounce of cannabis concentrate. Nevada joined California, Massachusetts, and Maine in passing recreational-marijuana-legalization measures on Election Day, and those states now join Colorado and Washington as places in the U.S. where one can enjoy weed in relative peace.

As if to mock the very existence of a marijuana ban in MMA, the release of the NAC agenda comes just days after Diaz announced on Snoop Dogg’s YouTube network, Doggfather’s GGN News, that he and late, great streetfighter-turned-mixed martial artist Kimbo Slice (who died last summer at the age of 42 from heart failure) used to smoke weed together backstage before fighting.

“We was always hanging out at the Strikeforce events or EliteXC back in the day,” Diaz said. “We used to smoke blunts [and] we would headline the whole show.”

A quote like that could make a more sentimental man that I pine for MMA’s frontier days, but while they may be dead and buried, replaced by the Age of Reebok, we can console ourselves with the possibility that MMA is at least entering a new age of sanity. According to TMZ Sports, sources with knowledge of the NAC say things are “looking good for the pro-weed movement.” You can take that for what it’s worth.